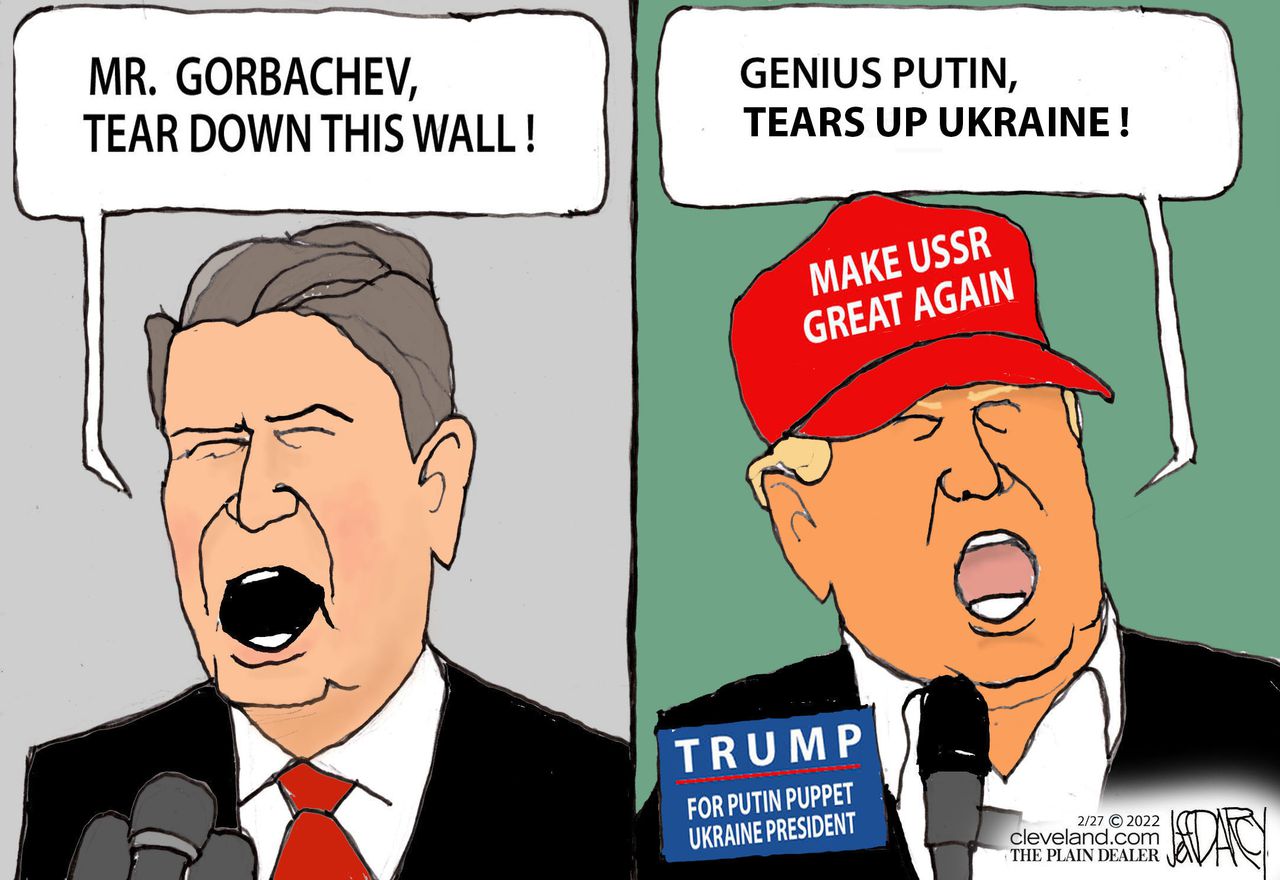 None of us want to be Putin’s America. But we are dangerously close to electing leaders who admire Vladimir Putin’s “brilliance,” who emulate his cruel and discriminatory tactics, and who seek to further divide us rather than unifying us as the United States of America.

The parallels are striking between Putin and our former president. Both are funded by oligarchs, and both weaponize conspiracy theories to gain public support, keep control and wage unjustified war and insurrection. Both exploit domestic divisions to sow distrust and fear. And neither have a policy agenda to improve the health, education and well-being of their citizens.

These are the classic tactics of autocratic, authoritarian dictators whose only goal is keeping themselves in power by dividing us against each other. Populist autocrats make promises to be a “man of the people,” to fight for those who feel left out, to make their country great and strong again and to restore their people to prosperity.

But instead, they create a web of lies and propaganda, fuel already troubling divisions, and crush those who tell the truth. Billionaire friends of Putin and Donald Trump experience more prosperity in the midst of this division, distraction, chaos and violence, but nothing “trickles down” to those who most need opportunity. Poverty researchers tell us that 60% of US citizens can expect to experience at least one year below the poverty level.

The lies and propaganda that Putin created to justify his continued massacre of the people of Ukraine are a reminder of Trump’s 30,573 false and misleading claims when he was in office, and his continued false claim of victory after losing the 2020 election.

Putin’s shutting down of independent news media in Russia and imprisonment of those who do not follow the leader, are a sad reminder of the former President calling the U.S. media “the enemy of the people,” and his demonizing of those who do not agree with him—including medical experts.

We see our many divisions in the United States widening. Fear of immigrants vs embracing our immigrant history, mask wearing and vaccinations vs angry rejection, pro-life vs pro-choice, restrictions for transgender youth vs acceptance of diversity, and expanding voter access vs restricting voter access are tearing us apart. We resemble Putin’s Russia, where gay and transgender people and immigrants are trashed and jailed, and a president can change the constitution to install himself for decades.

Putin embraces white nationalism in Russia just as our former President embraces white supremacists in the USA, like the Proud Boys and Neo-Nazis. This unleashing of racism stood out shockingly when our Capitol was attacked by insurrectionists wearing Nazi and Trump t-shirts. Support for Hitler’s “pure Arian race” and anti-Semitism are alive and well.

Historian and journalist Garrett Graff observed that a major reason Putin felt confident launching his invasion of Ukraine was that “the West has been weakened and destabilized, democracy undermined, and political divisions sown in the last five years since he attacked our election in 2016″ paved the way for his invasion.

The Lancet Commission reported that 40% of U.S. deaths from the COVID pandemic could have been prevented. Ignoring and ridiculing science and protective masks, weakening our healthcare system with 50 attempts to repeal it, rather than strengthening it, and endorsing bogus cures like bleach injection all contributed to the needless deaths of 400,000 of our people.