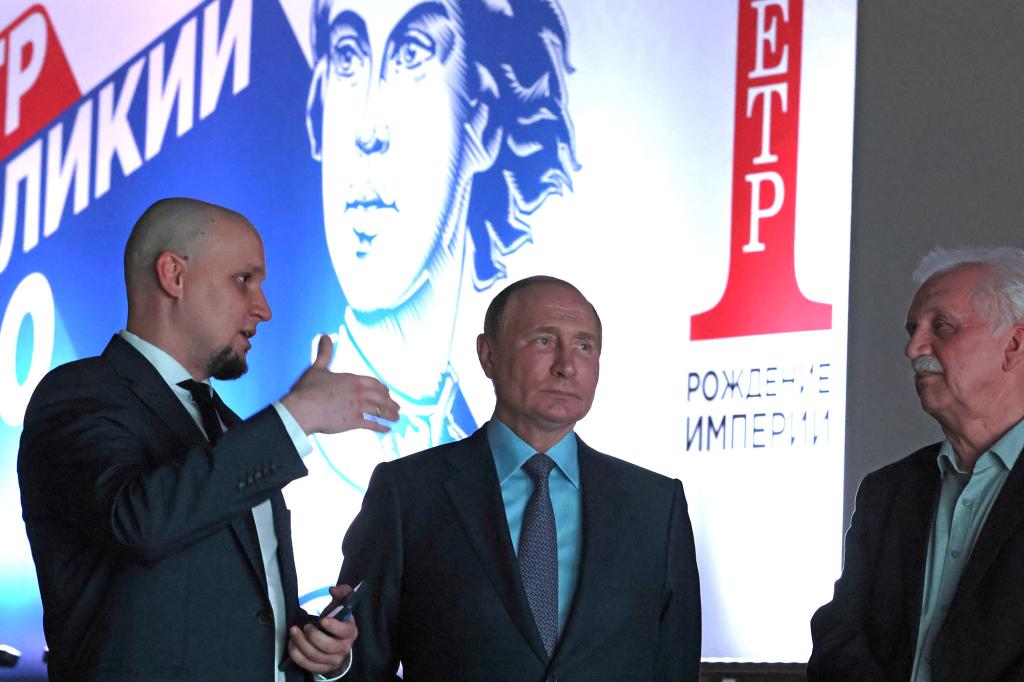 Russian President Vladimir Putin has compared himself to Peter the Great, comparing his invasion of Ukraine to the czar’s quest to “reclaim” Russian lands from neighboring countries.

The Kremlin strongman, 69, made the remarks Thursday while speaking at an event in St. Petersburg — his hometown built by Tsar Peter on land conquered from Sweden — celebrating the 350th anniversary of the ruler’s birth.

“Peter the Great waged the Great Northern War for 21 years. It would seem that he was at war with Sweden, he took something from them. He did not take anything from them, he reclaimed [what was Russia’s],” Putin said after a visiting an exhibition dedicated to the revered autocratic modernizer.

Putin went on to say that when Peter founded what would become Russia’s cosmopolitan new capital city in 1703, “no European state recognized that territory as Russian land. Everyone considered it to be Swedish land.”

He continued: “The Slavs together with the Finno-Ugric peoples had always lived there, moreover this territory had been under the control of the Russian state.” 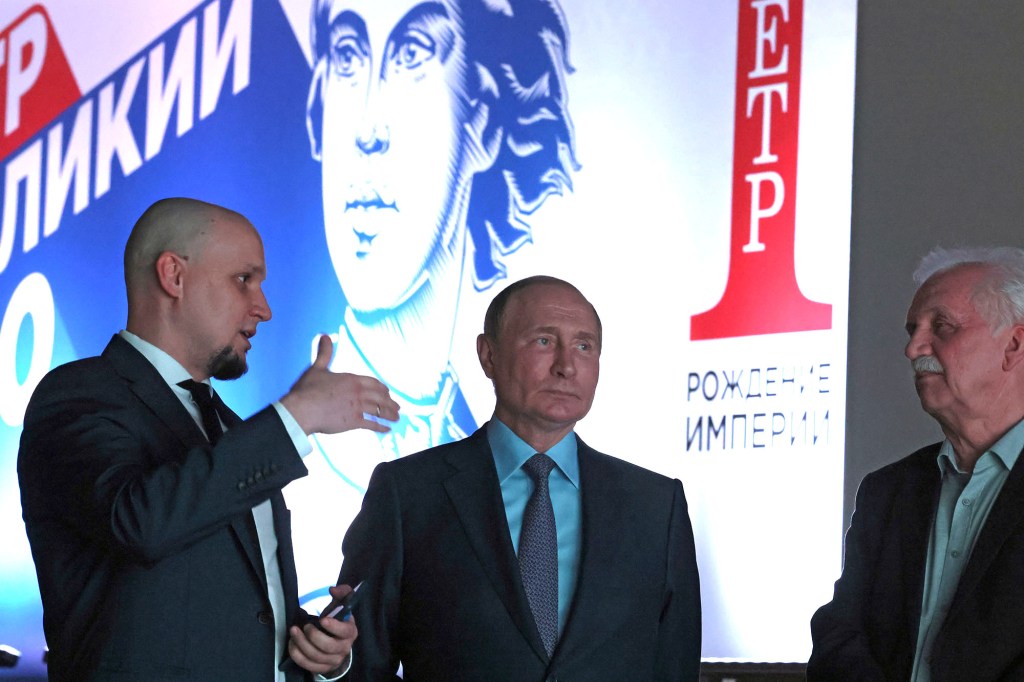 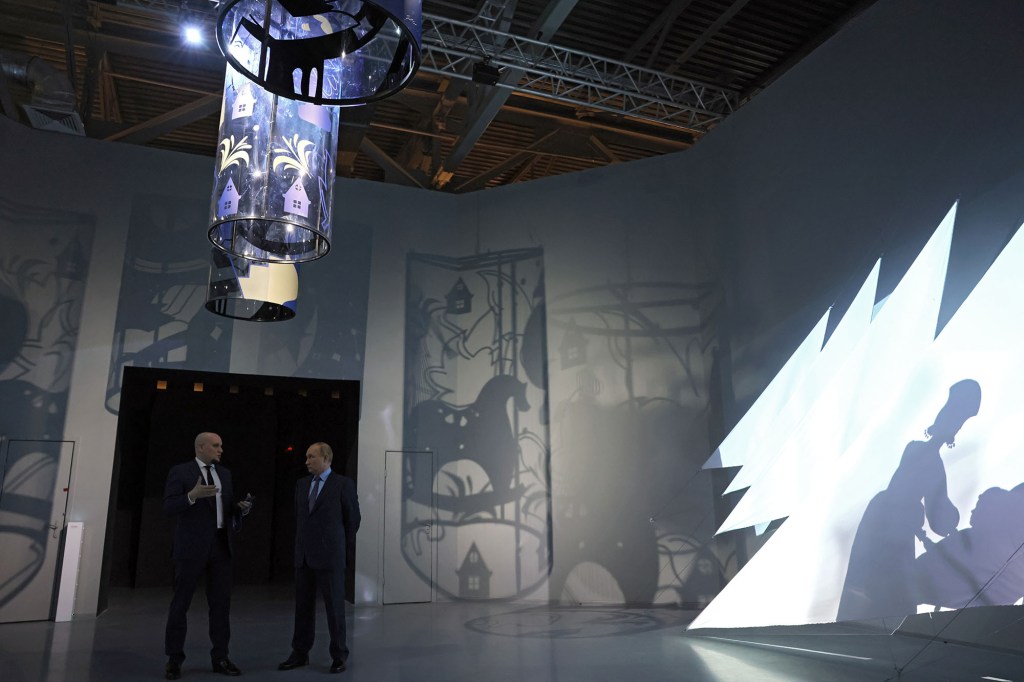 Putin has repeatedly sought to justify Russia’s invasion of Ukraine, where his forces have ravaged cities, killed thousands and displaced 12 million people since Feb. 24, by arguing that Ukraine has no national identity of its own, and that Ukrainians and Russians are one nation artificially divided.

In televised comments on day 106 of the full-scale war, Putin compared Peter’s campaign to expand Russia’s territory with his own mission. 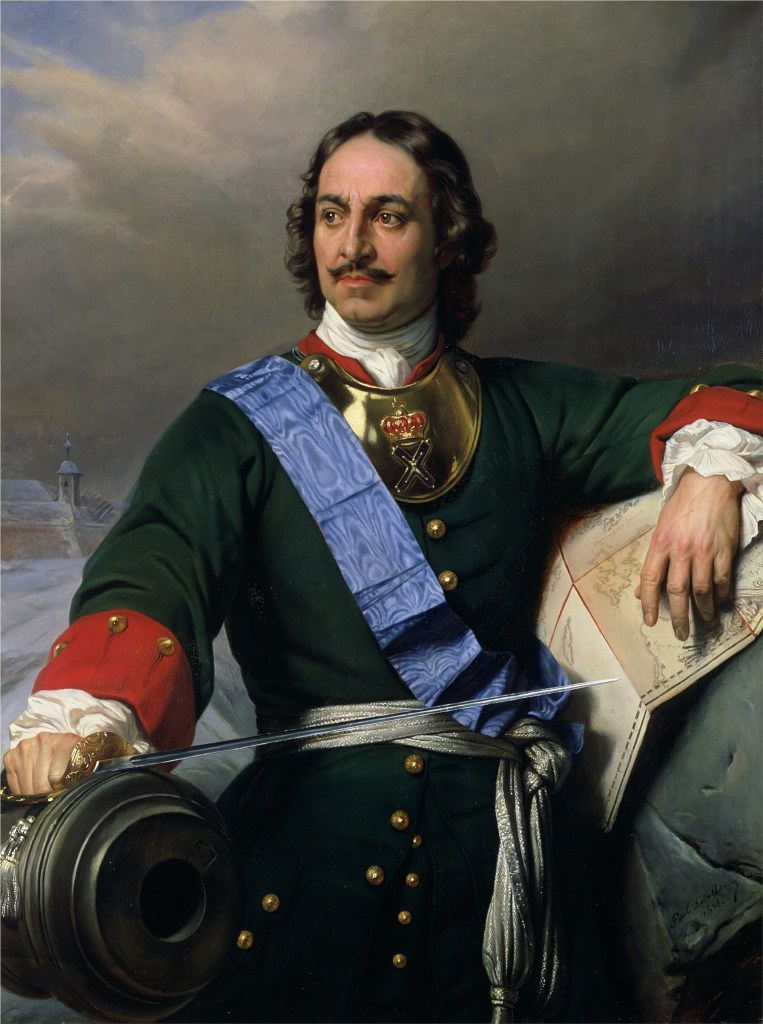 Putin was at the event celebrating the 350th anniversary of Peter’s birth,Fine Art Images/Heritage Images/Getty Images

“Apparently, it also fell to us to reclaim [what is Russia’s] and strengthen [the country],” he told his audience. “And if we proceed from the fact that these basic values form the basis of our existence, we will certainly succeed in solving the tasks that we face.” 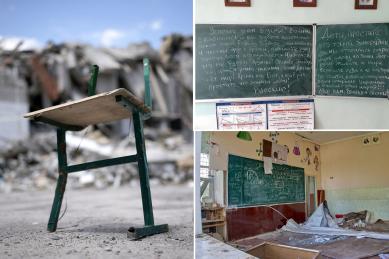 In response to Putin’s comments, Mykhailo Podolyak, a senior advisor to Ukrainian President Volodymyr Zelensky, tweeted that Putin’s musings prove that the war’s true aim was to steal land, not to defend Russian-speaking Ukrainians, or to “denazify” Ukraine.

“Putin’s confession of land seizures and comparing himself with Peter the Great prove: there was no ‘conflict’, only the country’s bloody seizure under contrived pretexts of people’s genocide,” he wrote. “We should not talk about ‘saving [Russia’s] face but about its immediate de-imperialization.”

In the run-up to what Russia calls its “special military operation,” Putin blamed Vladimir Lenin, the founder of the Soviet Union, for creating Ukraine on what Putin said was historically Russian territory.