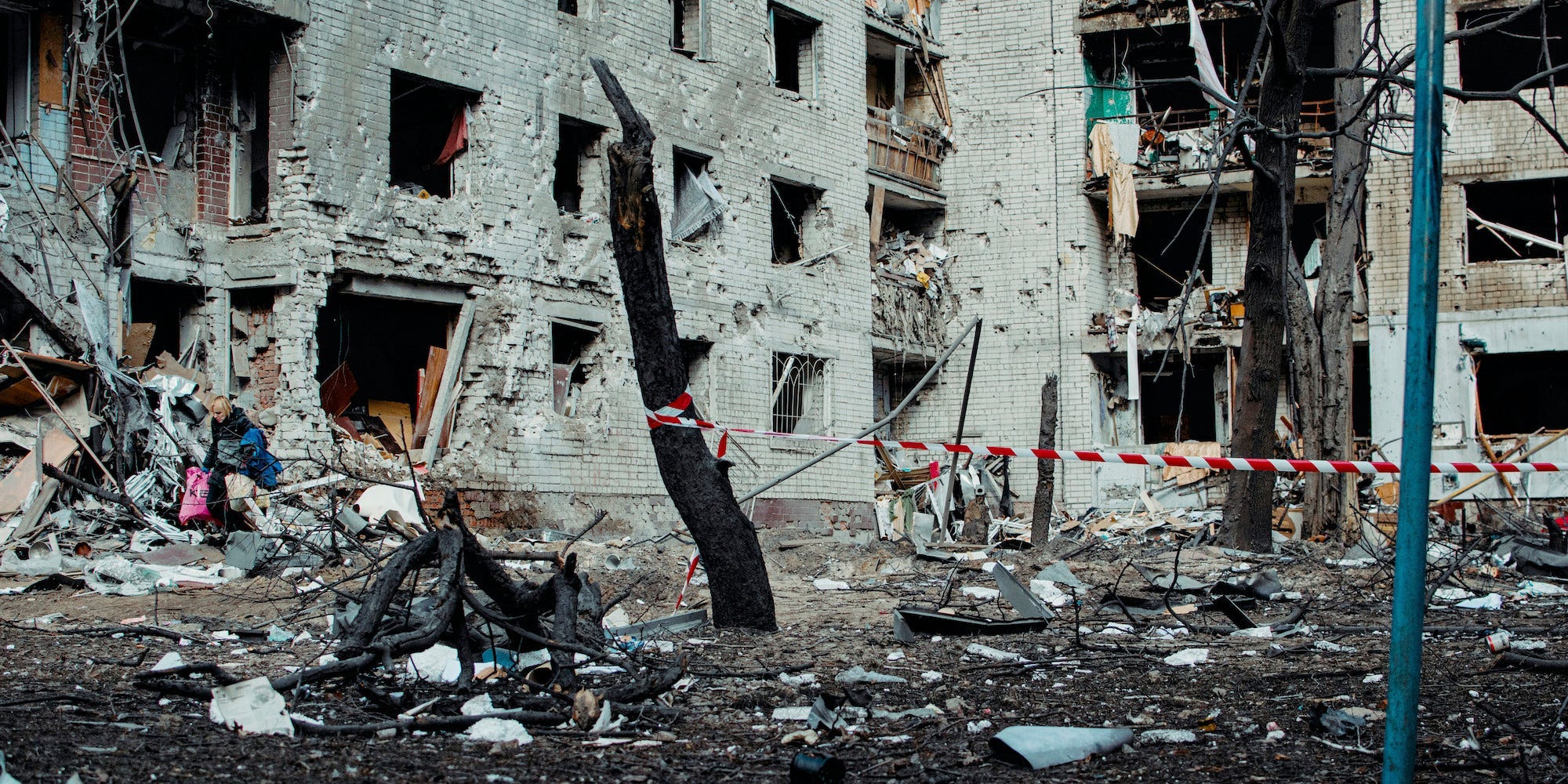 A view of a residential building damaged by shelling, in Chernihiv, Ukraine, Wednesday, March 9, 2022.

A 33-year-old Ukrainian man who said he was shot and buried alive by Russian troops survived by playing dead, CNN reported on Tuesday.

On March 18, Russian President Vladimir Putin’s forces — who had occupied Mykola Kulichenko’s village of Dovzhyk — were attacked, the report said.

Kulichenko told the network that Russian troops showed up at his home while looking for who was responsible, forcing him and his two brothers — Yevhen and Dmytro — to wait outside while they searched for any military connections.

Their sister,  Iryna, was not home.

The Russian troops found military medals that belonged to their grandfather and Yevhen’s military bag. Yevhen was a paratooper.

The brothers were interrogated — and tortured — for three days, Kulichenko said.

“They beat my whole body with a metal rod, and they put the barrel of a gun inside my mouth,” he recalled.

On day four, the three brothers were blindfolded, driven to a pit, and told to kneel, Kulichenko said.

Kulichenko told CNN that Russian troops then shot and killed Yevhen, 30, and Dmytro, 36. Kulichenko, however, was shot through the cheek and the bullet exited near his right ear.

He told the outlet that he knew his only chance of survival was to play dead — which he did.

Kulichenko and his brothers were pushed into the pit and buried, CNN reported.

“It was hard for me to breathe since Dima (Dmytro) was lying on top of me, but using my arms and knees, I was able to push my older brother off to the side of the pit, and then I climbed out,” Kulichenko recalled, adding that he doesn’t know how long he was underground.

After his purported escape, he stumbled through fields in the dark until he found a nearby home. There, a woman cared for her through the night until he was able to return home to his sister, CNN reported.

“I came home and there was Mykola. I looked at his eyes and asked where are the others? He said there are no others,” Iryna told CNN in tears.

Kulichenko’s scars are still visible on his face and near his right ear. “It’s like being resurrected,” he told CNN.

The Chernihiv region prosecutor’s office is investigating war crimes in the area. Ukrainians have accused Russians of thousands of war crimes since the start of Putin’s unprovoked war on Ukraine.

Kulichenko said he buried his brothers with tombstones on April 21 after finding the pit where the three of them were buried.

“I was lucky… and now I have to just go on living,” he said. “This story needs to be heard by everyone, not just in Ukraine, but around the world because these kinds of things are happening and this is just one in a billion.”

The post A Ukrainian man says he was shot in the face and buried alive by Russian forces — but survived by playing dead first appeared on Advertising at The News And Times.