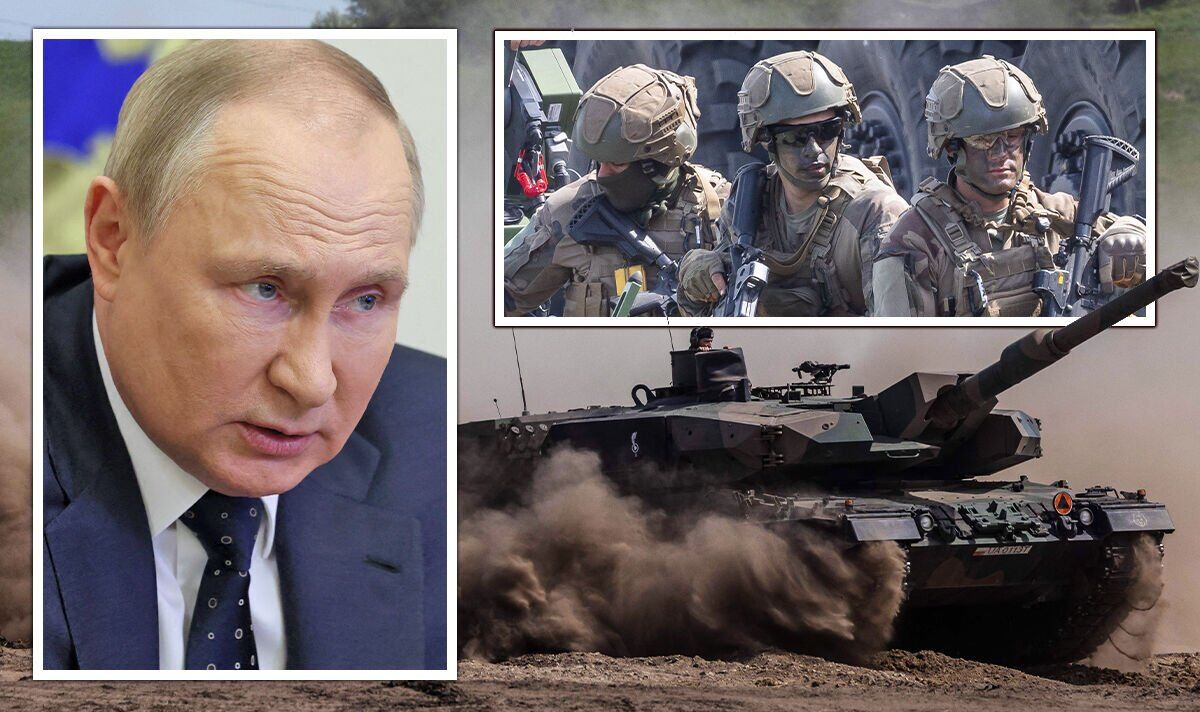 RUSSIA has lost vital military equipment after a warehouse for battle-damaged repairs mysteriously burst into flames.

Footage released on Telegram, an instant messaging service popular in Ukraine and Russia, has shown a Russian warehouse located 50km away from the Ukrainian border engulfed in flames.

Huge plumes of black smoke are seen billowing from the site in Klintsy, Bryansk Oblast, Russia in mysterious circumstances.

The Russian military warehouse is believed to house scores of vital equipment for the conflict in Ukraine.

The footage depicts two major fires at the warehouse, both parallel to each other.

The smoke is first seen rising above a canopy before a closer shot shows the warehouse ablaze on two fronts.

The site appears abandoned as Russia’s battle-damaged repairs succumb to the scalding fires.