Top Iranian and U.S. officials will resume talks in Vienna this week on reviving the 2015 nuclear pact, officials from both countries said on Wednesday, though they played down any expectations of a breakthrough.

The ball is in Washington’s court to save the pact, Iran’s chief negotiator Ali Bagheri Kani tweeted before heading to Vienna, calling on Washington to “show maturity & act responsibly”. read more

“Heading to Vienna to advance the negotiations. The onus is on those who breached the deal & have failed to distance from ominous legacy,” tweeted Bagheri Kani.

Iran’s foreign ministry spokesperson Nasser Kanaani said Tehran was ready to reach a deal that guarantees its rights, according to state media.

An Iranian official, who spoke on condition of anonymity, said the talks would resume on Thursday.

U.S. Special Envoy for Iran Rob Malley said he was preparing to fly to Vienna but suggested he did not expect major progress.

“Our expectations are in check, but the United States welcomes EU efforts and is prepared for a good faith attempt to reach a deal. It will shortly be clear if Iran is prepared for the same,” he wrote on Twitter.

Malley said the talks would proceed on the basis of a text recently proposed by European Union foreign policy chief Josep Borrell to revive the 2015 accord under which Iran curbed its nuclear programme in return for an easing of economic sanctions.

Eurasia Group analyst Henry Rome said he thought it unlikely the deal – called the Joint Comprehensive Plan of Action (JCPOA) – would be resurrected this year, putting the odds at 35 percent and saying neither side wanted the blame for its death.

“Both the US and Iran have a strong interest in keeping the prospect of a deal alive even though both governments appear resigned to its eventual demise,” Rome wrote in an analysis.

“For the US, the continued focus on the JCPOA postpones a messy and costly pivot to increasing diplomatic and economic pressure on Tehran,” he added. “For Iran, continued diplomacy, even if unproductive, supports domestic markets, forestalls greater international pressure, and gives it cover for its continued nuclear advancements.”

In 2018, then-President Donald Trump abandoned the deal, calling it too soft on Iran, and reimposed harsh U.S. sanctions, spurring Tehran to begin breaching its nuclear limits.

The 2015 deal seemed near revival in March after 11 months of indirect talks between Tehran and U.S. President Joe Biden’s administration in Vienna.

But talks then broke down over obstacles including Tehran’s demand that Washington provide guarantees that no U.S. president would abandon the deal as Trump did.

Biden cannot promise this because the nuclear deal is a non-binding political understanding, not a legally binding treaty.

Another sticking point was Tehran’s demand that Washington remove Iran’s Islamic Revolutionary Guard Corps from the U.S. Foreign Terrorist Organization list, something Biden has ruled out.

In June, the EU-mediated, indirect talks between Bagheri Kani and Malley on salvaging the pact ended in Qatar without progress and a senior U.S. official told Reuters afterwards the odds of a revival had diminished. read more

An Iranian official told Reuters the talks in Vienna will be “in the format of the Doha meeting”, where EU envoy Enrique Mora shuttled between Bagheri Kani and Malley because Tehran refused to hold direct talks with Washington. 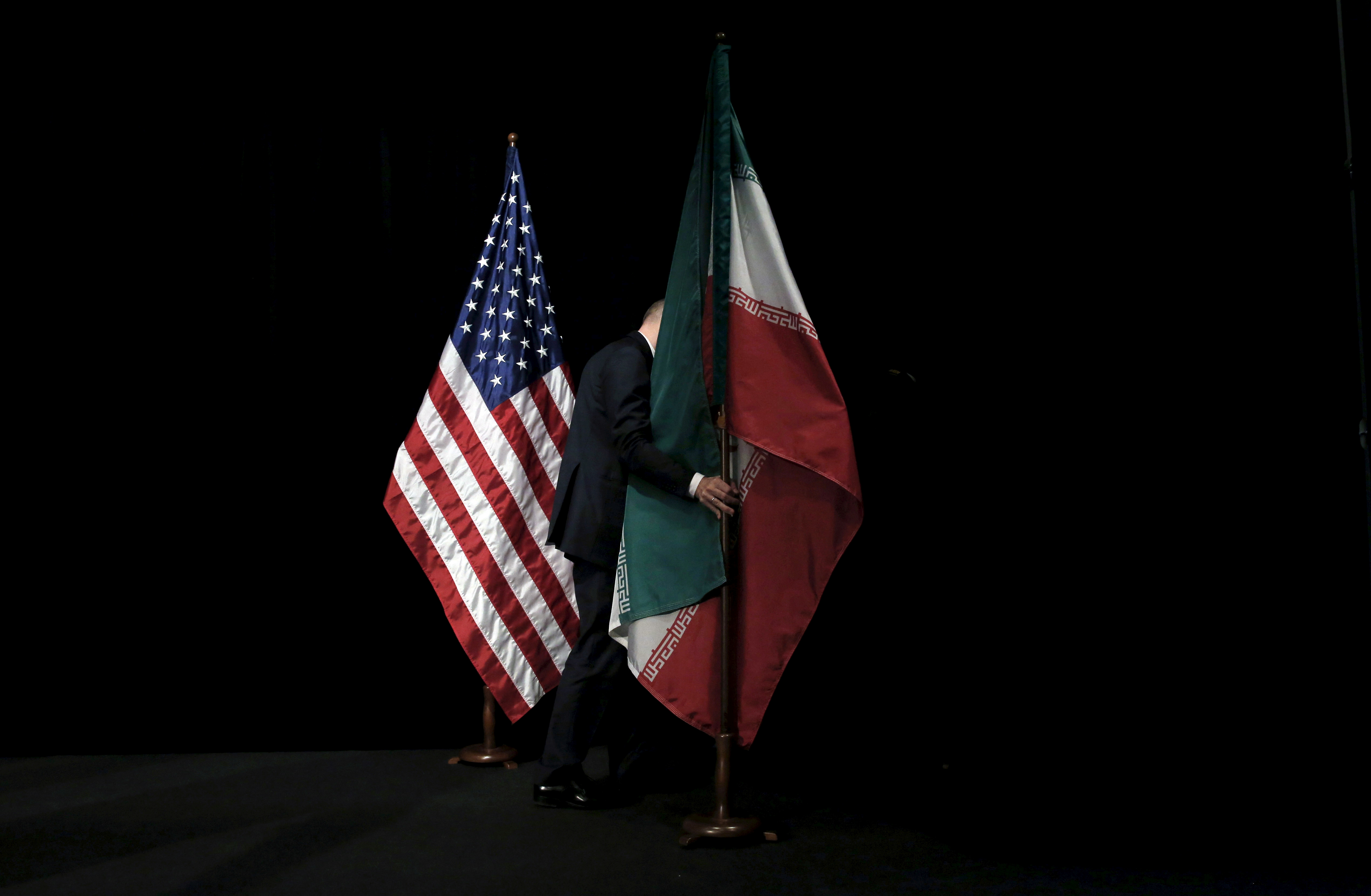 A staff member removes the Iranian flag from the stage after a group picture with foreign ministers and representatives of United States, Iran, China, Russia, Britain, Germany, France and the European Union during the Iran nuclear talks at the Vienna International Center in Vienna, Austria, July 14, 2015. REUTERS/Carlos Barria/Files 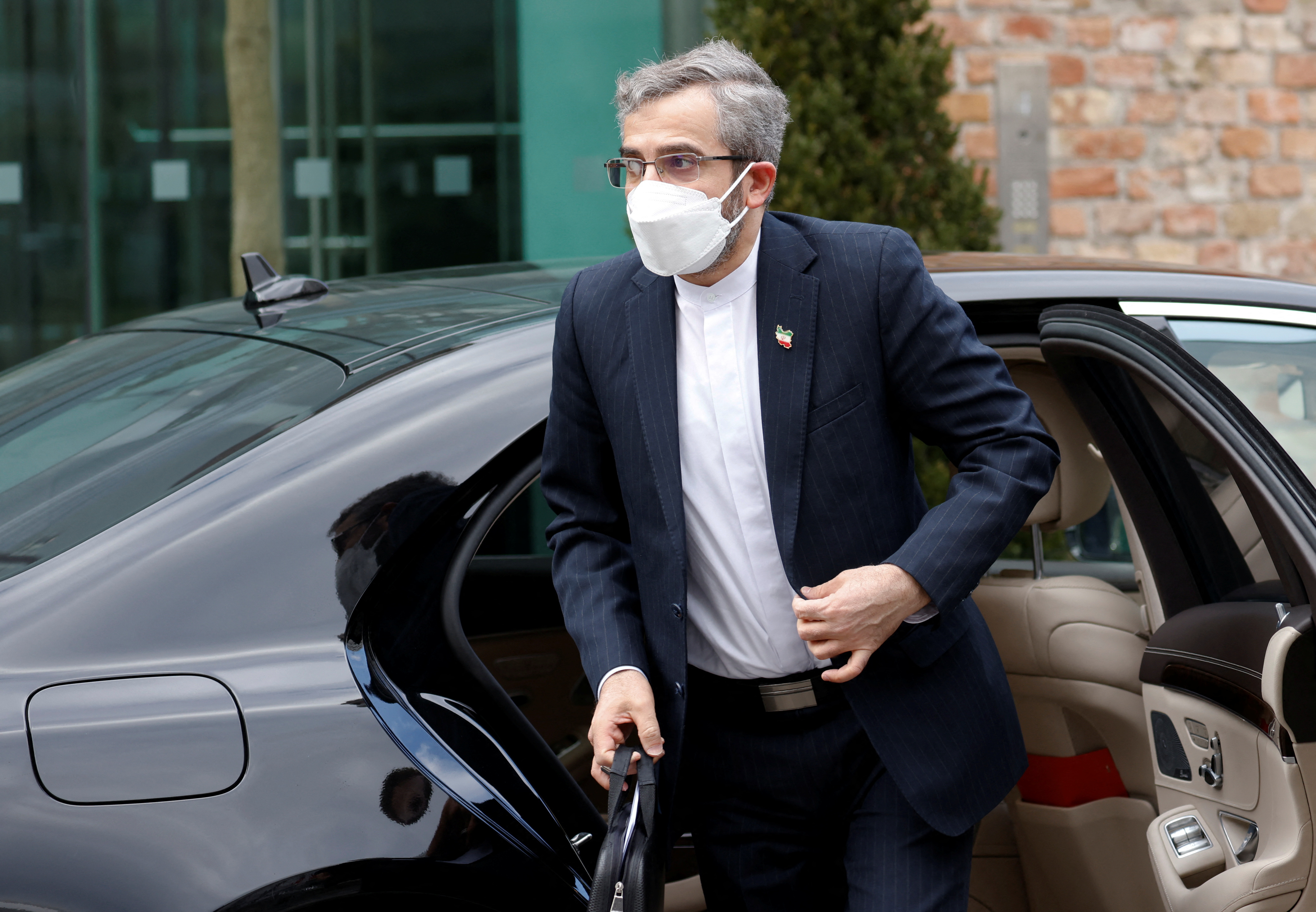