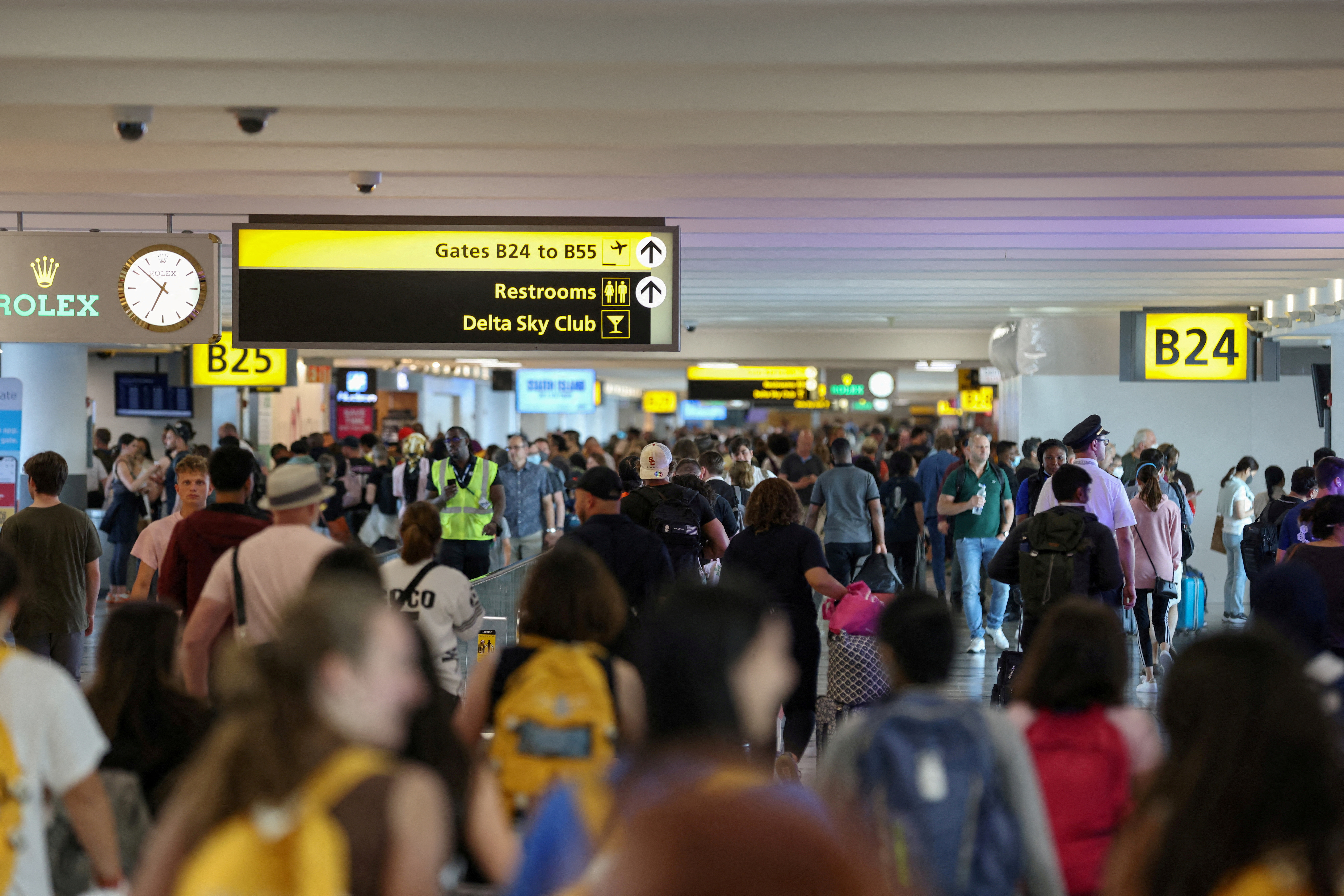 U.S. travelers braving the skies faced fewer flight delays and cancellations over the Fourth of July weekend when compared with the Memorial Day weekend in May, even as air travel approached pre-pandemic levels.

Staffing shortages and a surge in demand are causing operational headaches for U.S. airlines, which analysts and some industry executives predict will not improve before autumn, when demand tends to decrease. read more

Over the four-day Fourth of July holiday weekend, over 8.8 million passengers made their way through U.S. Transportation Security Agency (TSA) checkpoints. This surpassed 2020 and 2021 levels but is still around 12% lower than 2019 levels, according to TSA data.

Flight cancellations and delays for U.S.-based carriers were both down compared to the Memorial Day holiday weekend, according to flight-tracking service FlightAware.

Even so, airlines canceled over 1,800 flights within, into or out of the United States from July 1 to 4. More than 22,000 flights were delayed, according to FlightAware.

American Airlines (AAL.O), which had a cancellation rate of 4.4% between May 27 and June 29, canceled just 2.4% of its flights this holiday weekend. There were improvements at Southwest Airlines (LUV.N), United Airlines (UAL.O) and Delta Air Lines (DAL.N) as well.

In contrast, non-U.S. carriers like Air Canada (AC.TO) struggled with flight disruptions. The Canadian carrier, which indirectly flies U.S. passengers abroad through its Canadian hubs and is the largest carrier in Canada, canceled nearly 9% of its flights and delayed about 70% of its flights.

“You can’t have the public thinking, ‘Oh, I’m going to buy a ticket’ and it’s like take a spin on the roulette wheel about whether or not you’re going to make it to your vacation,” said Sara Nelson, international president of the Association of Flight Attendants.

Passenger Roberto Gamboa said on Friday he missed his connecting flight from Miami, Florida, to LaGuardia Airport in New York City due to delays. Gamboa decided the fastest way to make it to New York City was to fly from Miami to Dallas, Texas, and then fly to John F. Kennedy International Airport (JFK) in New York City.

When he finally arrived at JFK, he discovered his luggage was at LaGuardia instead.

“I hope we can get out on Thursday. I called work and they said I can’t be late an extra day,” he said, already thinking about his journey back home to San Antonio, Texas.