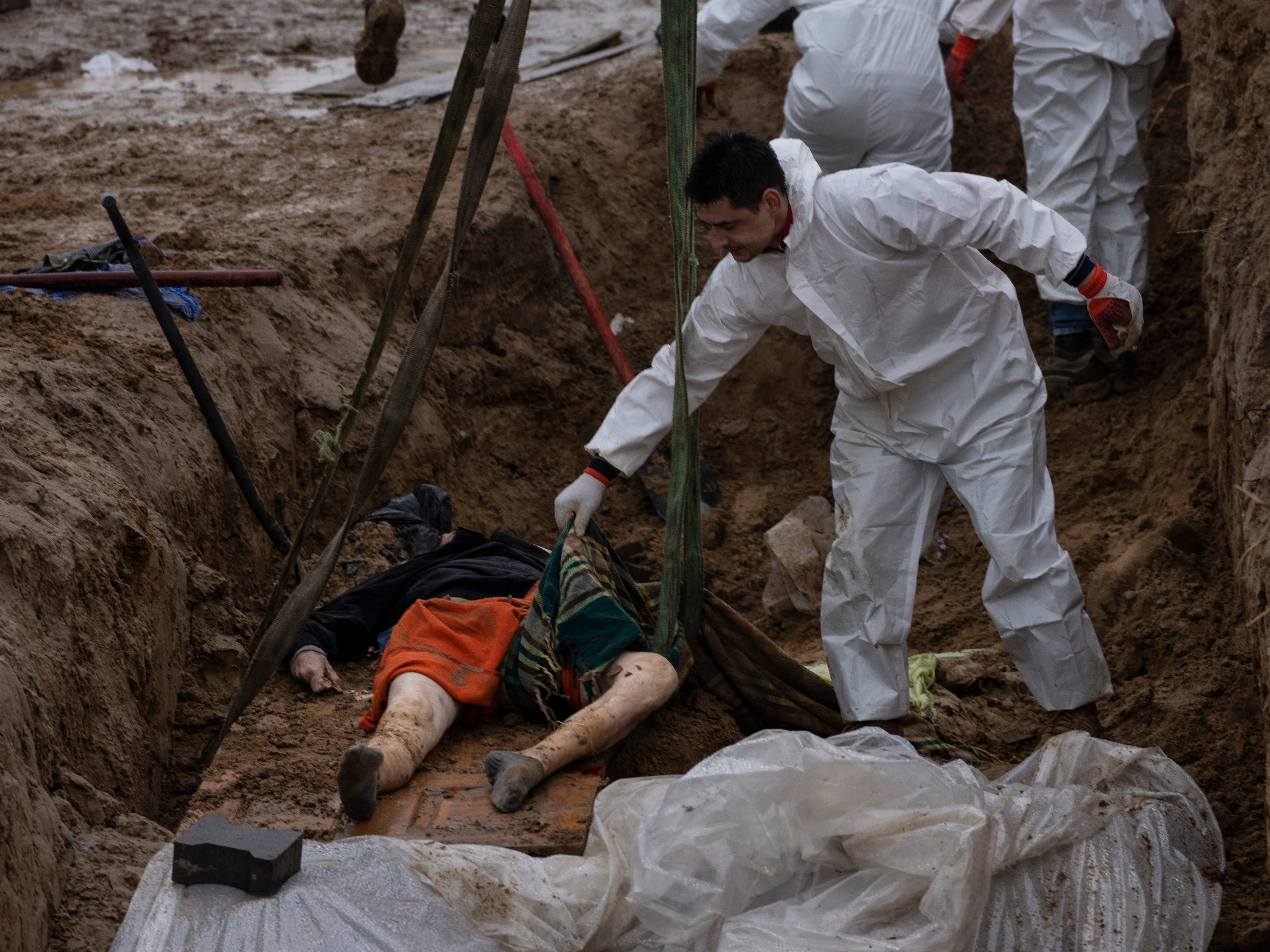 A cemetery worker moves a corpse onto a crane that lifts it from a mass grave to be identified in a morgue, in Bucha, on the outskirts of Kyiv, Ukraine on April 10, 2022.

His comments come after footage from Bucha began circulating in early April and appeared to show bodies lying in the streets and indiscriminate killings of civilians.

“The images that we’ve seen out of Bucha and other cities have been tragic.  They’ve been horrifying. They’ve been downright shocking, but they have not been surprising,” Sullivan said on ABC News “This Week” on Sunday.

“We, in fact, before the war began, declassified intelligence and presented it indicating that there was a plan from the highest levels of the Russian government to target civilians who oppose the invasion, to cause violence against them, to organize efforts to brutalize them in order to try to terrorize the population and subjugate it,” he added. “So this is something that was planned.”

In a recent visit to Bucha, Ukrainian President Volodymyr Zelenskyy described a scene of only “death” as the bodies of hundreds of civilians were found following Russia’s withdrawal from the area.

Russian officials have claimed the massacre of civilians in Bucha was a hoax meant to frame the Russian military, but experts have said Russia’s claims fall apart under scrutiny.

Sullivan said on Sunday that it’s possible that Russian soldiers and military units became “frustrated because the Ukrainians were beating them back.”

“They had been told they were going to have a glorious victory and just ride into Kyiv without any opposition with the Ukrainians welcoming them,” Sullivan said. “And when that didn’t happen, I do think some of these units engaged in these acts of brutality, these atrocities, these war crimes even without direction from above.”

In an interview on Friday, Zelenskyy said he had heard reports of Russian kill lists but did not have proof. The lists “supposedly existed in large cities like Cherson, where they were afraid of people who connected with each other and gathered in public places to demonstrate against the occupants,” Zelenskyy said.

In a separate interview on Sunday, Sullivan said that the US envisions a future with an “independent” Ukraine and an “isolated” Russia.