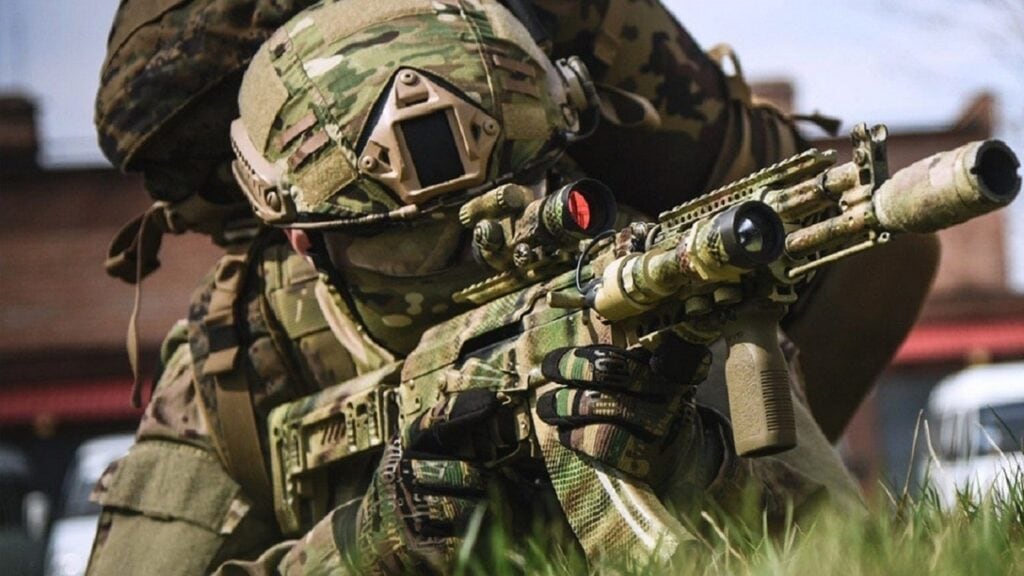 Russia’s Spetsnaz Special Forces in Ukraine: An Update – As an increasingly taxing and resource-intensive undertaking, Russia’s 2022 invasion of Ukraine likely involves almost every element of Russia’s family of special forces agencies. These agencies were supposed to play a pivotal role in the opening hours and days of what was intended to be a quick operation, which did not come to pass in the slightest. However, these special forces elements of Russia’s armed forces and security organs continue to play an important role in Russia’s ongoing invasion, albeit not as centrally as they were initially intended to be.

What Special Forces does Russia Have Available to Use in Ukraine?

Russia has a dizzying variety of units in its armed forces and security organs which can be labeled as special forces, or “Spetsnaz” as they are known in popular culture and in the Russian language. Spetsnaz itself is a portmanteau of the Russian words vojska spetsialnogo naznachenie, which translates to “special purpose forces.”

The core elements of Russia’s Spetsnaz which can trace their roots to Soviet times are those which are controlled by the armed forces’ Main Intelligence Directorate and the civilian Federal Security Service (known by their Russian acronyms GRU and FSB respectively). Within the FSB, the Alpha Group and Vympel Group are particularly well known, as are the FSB’s preeminent Spetsnaz units. The GRU’s Spetsnaz units are the oldest of those in Russian service today, and were initially formed in 1949. In addition to taking part of the GRU’s wider military intelligence mission, GRU Spetsnaz also specialize in targeted operations, including assassinations.

In addition to these older special forces organizations, the Russian National Guard (also known by its Russian name Rosgvardia) is the newest addition to the Russian spetsnaz ecosystem and also one of the most politicized. Formed in 2016 by amalgamating the Interior Ministry’s Internal Troops, SOBR rapid response special forces units, and OMON special police, the Rosgvardia serves as both a pseudo-military branch and an internal security organization. While other units such as the Foreign Intelligence Service’s (SVR) Zaslon or the Federal Penitentiary Service’s special forces units fall under the Spetsnaz umbrella, they are more often than not overshadowed by their larger GRU, FSB, and Rosgvardia cousins.

Early Employment of Special Forces in the Invasion of Ukraine

In the first hours of the war, a variety of Spetsnaz units immediately entered Ukraine and began to assist in what was expected to be a quick regime-change operation. According to Ukrainian President Volodymyr Zelensky, Russian Spetsnaz troops were operating in civilian clothes in Kyiv on the hunt for Ukrainian government officials and leaders such as Zelensky himself in the first days of the invasion. This employment of Spetsnaz is characteristic of the “political warfare” skillset Russian Spetsnaz units are often designed for, which sets them apart from their American and Western counterparts. However, despite the reportedly wide range of activity taken on by Russian Spetsnaz units in Ukraine in the opening days of the war, they were unable to bring about a quick end to the campaign, and the Ukrainian government remained in power and functional.

What We Know: Current Uses of Special Forces in Ukraine

Now that the war in Ukraine has taken on the character of a war of attrition between two opposing armies rather than a scrambled combination of covert and overt actions as the first days were, Russia’s Spetsnaz have lost their central role in Moscow’s strategy. Although visual evidence exists which suggests that Russian Spetsnaz troops are still fighting in Ukraine, their exact role in the invasion today remains a bit foggier.

While they might not all be assigned to units classified as Spetsnaz, Rosgvardia’s presence in Ukraine remains well-documented. Supposedly included within the structure of the Rosgvardia, Chechen leader Ramzan Kadyrov’s Kadyrovtsy troops have taken an active role in some of the war’s most well-known flashpoints, such as the battles for Mariupol and locales near Kyiv. However, they have gained a reputation of being a made-for-tik-tok unit rather than a potent fighting force, which limits the actual influence of the Kadyrovtsy in practice, despite their effectively autonomous nature. The wider Rosgvardia appears to be having troubles of its own, as numerous cases have been opened against Rosgvardia troopers who had refused to take part in combat operations in Ukraine.

Even if Russia’s Spetsnaz were unable to decisively bring Moscow’s “special military operation” to a close in a timely fashion, their fortunes won’t necessarily be harmed or boosted by their performance. Since the Russian national security and political system is built around intra-elite conflicts, the fortunes of different Spetsnaz outfits will likely be a function of the political savvy of their leadership, rather than their performance in Ukraine.

Wesley Culp is a Research Fellow at the Center for the Study of the Presidency and Congress. He regularly writes on Russian and Eurasian leadership and national security topics and has been published in The Hill as well as in the Diplomatic Courier. He can be found on Twitter @WesleyJCulp.