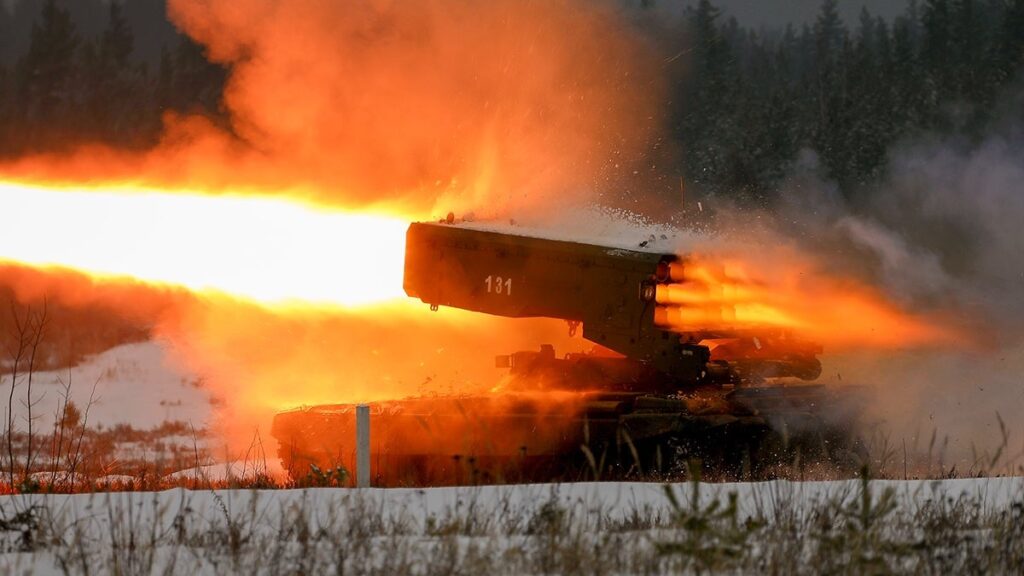 On Thursday, Igor Konashenkov, the spokesperson of the Russian Defense Ministry, announced that the Russian military is pausing to rest and reorganize its combat capabilities in the Donbas.

Why the Operational Pause?

After capturing Severodonetsk and Lysychansk last week, the Russian military has paused its main offensive operations in order to regroup and replenish its forces. The Kremlin’s next target is the Donetsk province, which is located adjacent to the Luhansk province the Russian forces captured with Lysychansk.

In its daily estimate of the war, the British Ministry of Defense focused on the Russian operational pause and the Ukrainian counteroffensive toward Kherson.

“Russia is likely concentrating equipment on the front line in the direction of Siversk, approximately 8km west of the current Russian front line. Its forces are likely pausing to replenish before undertaking new offensive operations in Donetsk Oblast,” the British Military Intelligence assessed.

However, there is also one other explanation for the Russian operational pause. The Ukrainians have been using their newly acquired (nine so far) M142 High Mobility Artillery Rocket System (HIMARS) to target Russian ammunition depots far behind the frontlines. As a result, the Russian military is running out of ammo to support its offensive.

“There is a realistic possibility that Russia’s immediate tactical objective will be Siversk, as its forces attempt to advance towards its most likely operational goal of the Sloviansk-Kramatorsk urban area,” the British Ministry of Defense added.

At the same time that the Russian military was fighting street to street for Severodonetsk, the Ukrainian General Staff was launching a counteroffensive in southern Ukraine. Now, after weeks of slow but deliberate advance, the Ukrainian forces are reaching the outskirts of Kherson—the most important city that the Russians have managed to capture so far in the war.

Russian Casualties: Another Reason for the Operational Pause?

The Russian military continues to suffer heavy casualties in Ukraine.

Over the last 24 hours alone, the Ukrainian General Staff is claiming to have killed or wounded up to 750 Russian troops (Ukrainians are claiming 250 killed, and usually for every killed, there is between one to two wounded). In addition, the Ukrainians are claiming to have destroyed or captured 35 tanks, 20 vehicles and fuel tanks, 14 armored personnel carriers and infantry fighting vehicles, 13 artillery pieces, and 2 unmanned aerial systems.

Such high numbers of casualties are unsustainable in the long run. And right now, there seems to be no end in sight to the conflict to end. On Thursday, Ukrainian President Volodymyr Zelensky stated that his country wouldn’t stop fighting until every Russian soldier has been kicked out of Ukrainian soil. To achieve that, it would most likely take months of fighting. Similarly, Russian President Vladimir Putin has signaled that the war won’t stop until he has gained what he wants (or, more accurately, what he can get away with, which right now seems to be eastern and southern Ukraine, where most of the country’s industry and mineral wealth is located).

To be sure, the Ukrainian figures could be off, and Kyiv could be very well hyping the casualties its troops are inflicting on the Russians. But thus far, the Ukrainian claims have been independently verified to a large degree, both by Western intelligence services and private open-source investigators.

1945’s New Defense and National Security Columnist, Stavros Atlamazoglou is a seasoned defense journalist specializing in special operations, a Hellenic Army veteran (national service with the 575th Marine Battalion and Army HQ), and a Johns Hopkins University graduate. His work has been featured in Business Insider, Sandboxx, and SOFREP.