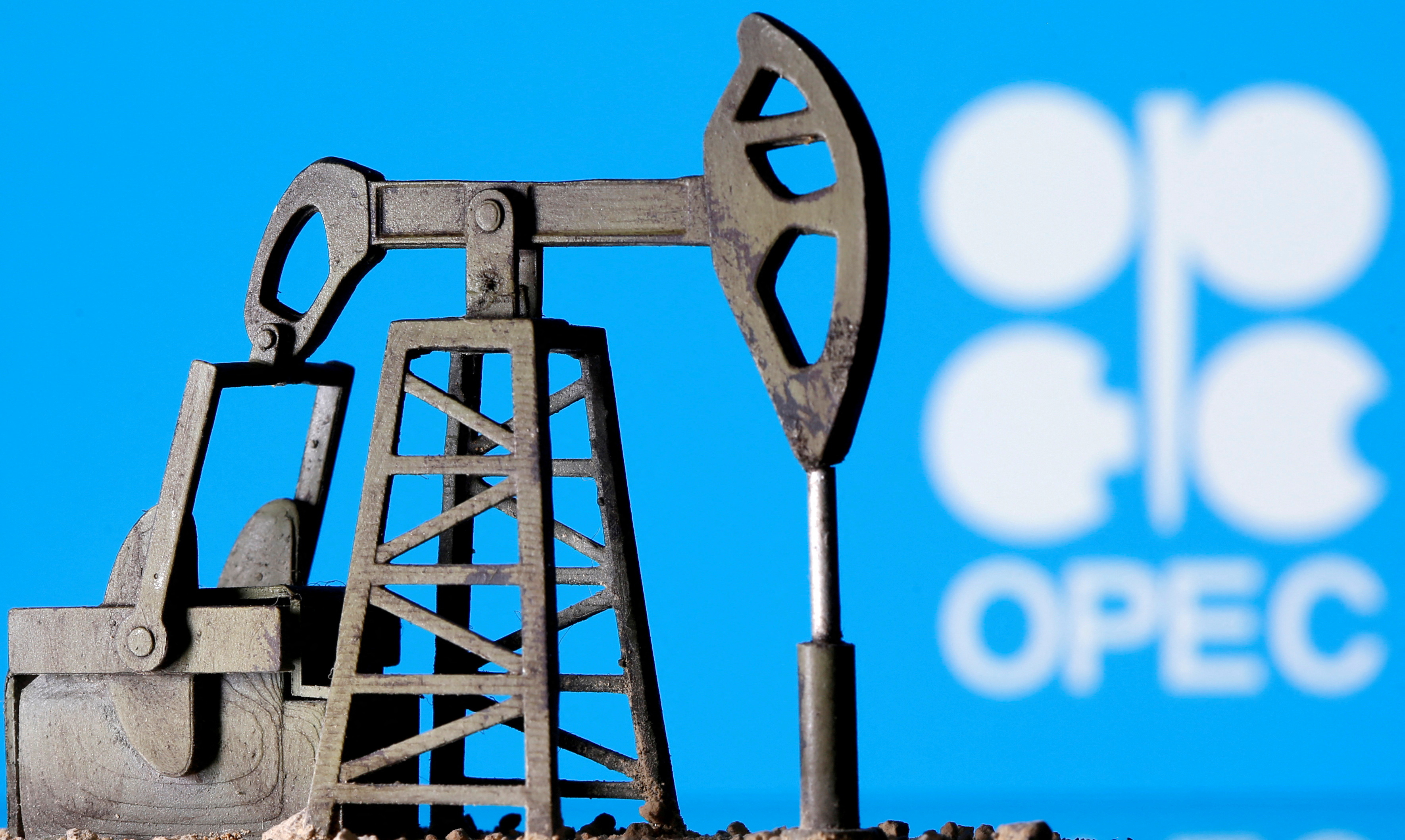 A 3D-printed oil pump jack is seen in front of the OPEC logo in this illustration picture, April 14, 2020. REUTERS/Dado Ruvic/File Photo

OPEC+ is set to raise oil output by a tiny 100,000 barrels per day in what analysts described as an insult to U.S. President Joe Biden after his trip to Saudi Arabia last month to persuade OPEC’s leader to pump more to help the U.S. and global economy.

The increase, equivalent to 86 seconds of global oil demand, comes after weeks of speculation that Biden’s trip to the Middle East and Washington’s clearance of offensive missiles sales to Riyadh and the United Arab Emirates will bring in more oil.

An OPEC+ document showed the group was set to raise output by 100,000 bpd from September and two sources said it has been effectively rubber-stamped by a close-door meeting.

“That is so little as to be meaningless. From a physical standpoint it is a marginal blip. As a political gesture it is almost insulting,” said Raad Alkadiri, managing director for energy, climate, and sustainability at Eurasia Group.

OPEC and its allies led by Russia have been previously increasing production by about 430,000-650,000 bpd a month although they have struggled to meet full targets as most members have already exhausted their output potential.

The United States has put OPEC leaders Saudi Arabia and United Arab Emirates under pressure to pump more oil to help rein in prices boosted by rebounding demand and Moscow’s invasion of Ukraine.

U.S. and Western sanctions on Russia have caused prices of all types of energy to soar, resulting in inflation at multi-decade highs and central bank interest rate hikes.

Biden travelled to Riyadh last month to mend ties with Saudi Arabia, which collapsed after the murder of journalist Jamal Khashoggi four years ago.

Saudi de-facto ruler, Crown Prince Mohammed bin Salman, whom Western intelligence accused of being behind the Kashoggi murder – which he denies – also travelled to France last month as part of efforts to rebuild ties with the West.

On Tuesday, Washington approved $5.3 billion worth of defensive missile sales to the UAE and Saudi Arabia but it has yet to roll back on its offensive weapon sales ban to Riyadh.

OPEC has refused to switch to bigger output increases as group sources have cited a lack of spare capacity among members to add more barrels as well as the need for further cooperation with Russia as part of the wider OPEC+ group.

Benchmark Brent oil futures jumped by around $3 per barrel on OPEC’s decision on Wednesday, trading close to $102 per barrel.

By September, OPEC+ was meant to have wound down all of the record production cuts it implemented in 2020 after the pandemic slashed demand.

By June, however, OPEC+ was almost 3 million barrels per day below its quotas as sanctions on some members and low investment by others crippled its ability to boost output. read more

Only Saudi Arabia and the UAE are believed to have some spare capacity left to increase production.

French President Emmanuel Macron has said he had been told that Saudi Arabia and the UAE had very limited ability to increase oil production. read more