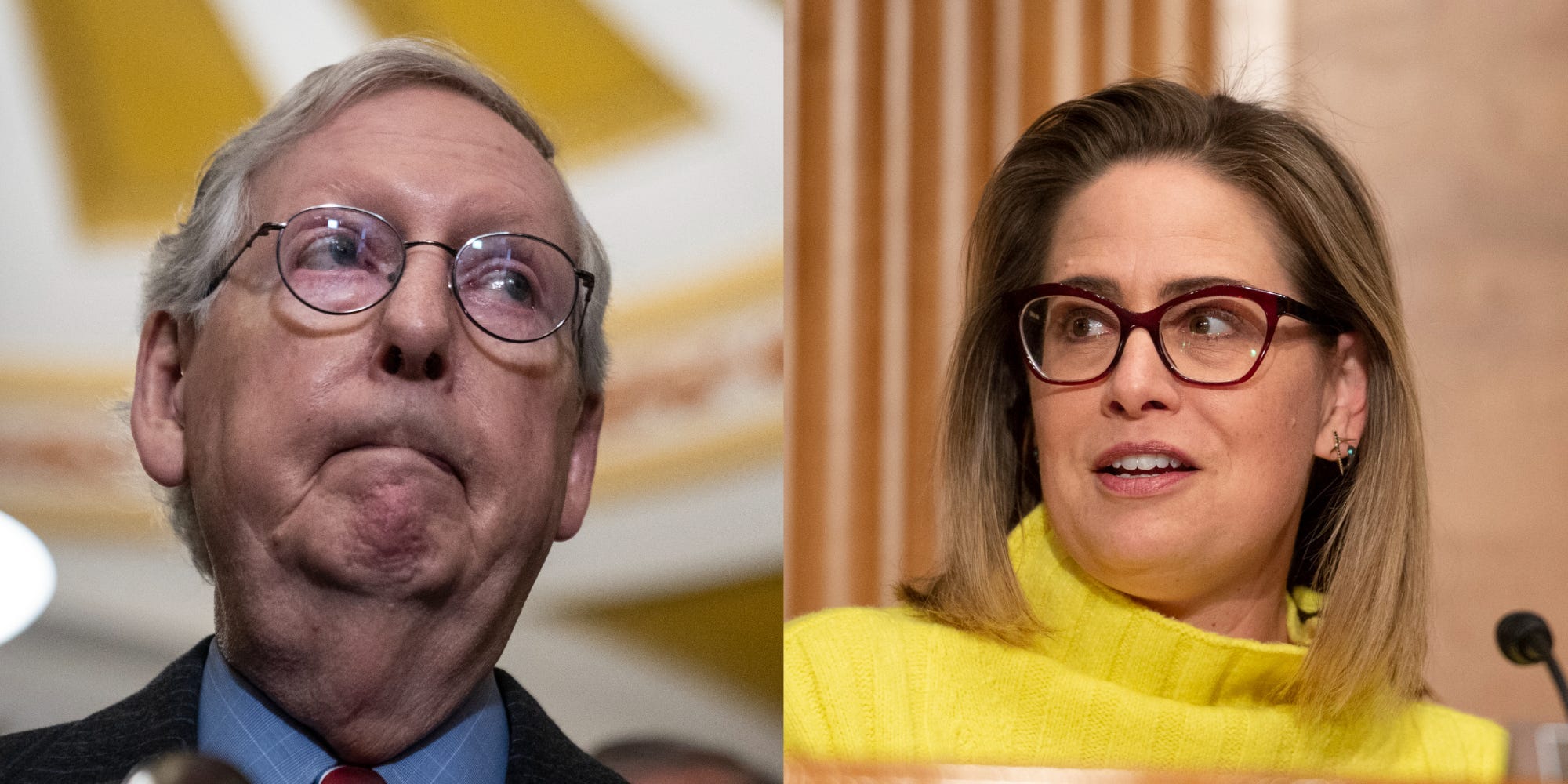 Democrats are facing down a tough decision in Arizona, and Senate Majority Leader Mitch McConnell is having fun with it.

Asked at his weekly press conference on Tuesday whether he wants Independent Sen. Kyrsten Sinema of Arizona — who’s built a strong relationship with McConnell — to run for re-election, he said it was “really her decision.”

But he took the opportunity to praise the first-term senator while boasting about the situation facing the Democratic Party as she prepares to run for re-election in 2024.

“Senator Sinema has been an important part of the United States Senate. The most important thing she did was to save the institution itself by protecting the filibuster,” he said, adding that she’d been a “significant part” of many of the bipartisan agreements passed by the Senate in the last two years.

“I think it is a big dilemma for the Senate Democratic majority to decide whether to support her or to support somebody running on the Democratic ticket,” he added, visibly smirking. “I’m pretty sure you were asking a bunch of questions along those lines right before we came out here. I look forward to reading what answers, if any, you got.”

Just before Senate Republicans held their press conference, Democrats did the same, where Senate Majority Leader Chuck Schumer punted on the question by saying it was “much too early to make a decision.”

Democrats in the Senate are facing a new round of questions over how they will approach the state’s Senate election in 2024 after Democratic Rep. Ruben Gallego officially launched his campaign on Monday.

Sinema, who in 2018 became the first Democrat elected to represent Arizona in the Senate in decades, left the party and became an independent in December after years of angering members of her own party by stalling the aspects of the Democrats’ major priorities.

That included voting to preserve the Senate’s 60-vote “filibuster” rule during a push on voting rights legislation last year.

Rank-and-file members appear to be waiting for Sinema to announce her campaign — and for Schumer to make his own views clear — before they weigh in. For now, Sinema’s vote is crucial for maintaining the party’s 51-seat majority in the Senate.

Sen. Bernie Sanders of Vermont — another independent who caucuses with Democrats — has previously made noise about potentially backing a primary challenger to Sinema.

But on Tuesday, even he told Insider that it was too early to say what he would do.

“It’s a little bit too early, but it’s something I’ll be looking into,” he said, saying he hadn’t heard from Gallego. “I don’t want to speculate any more than that, okay?”