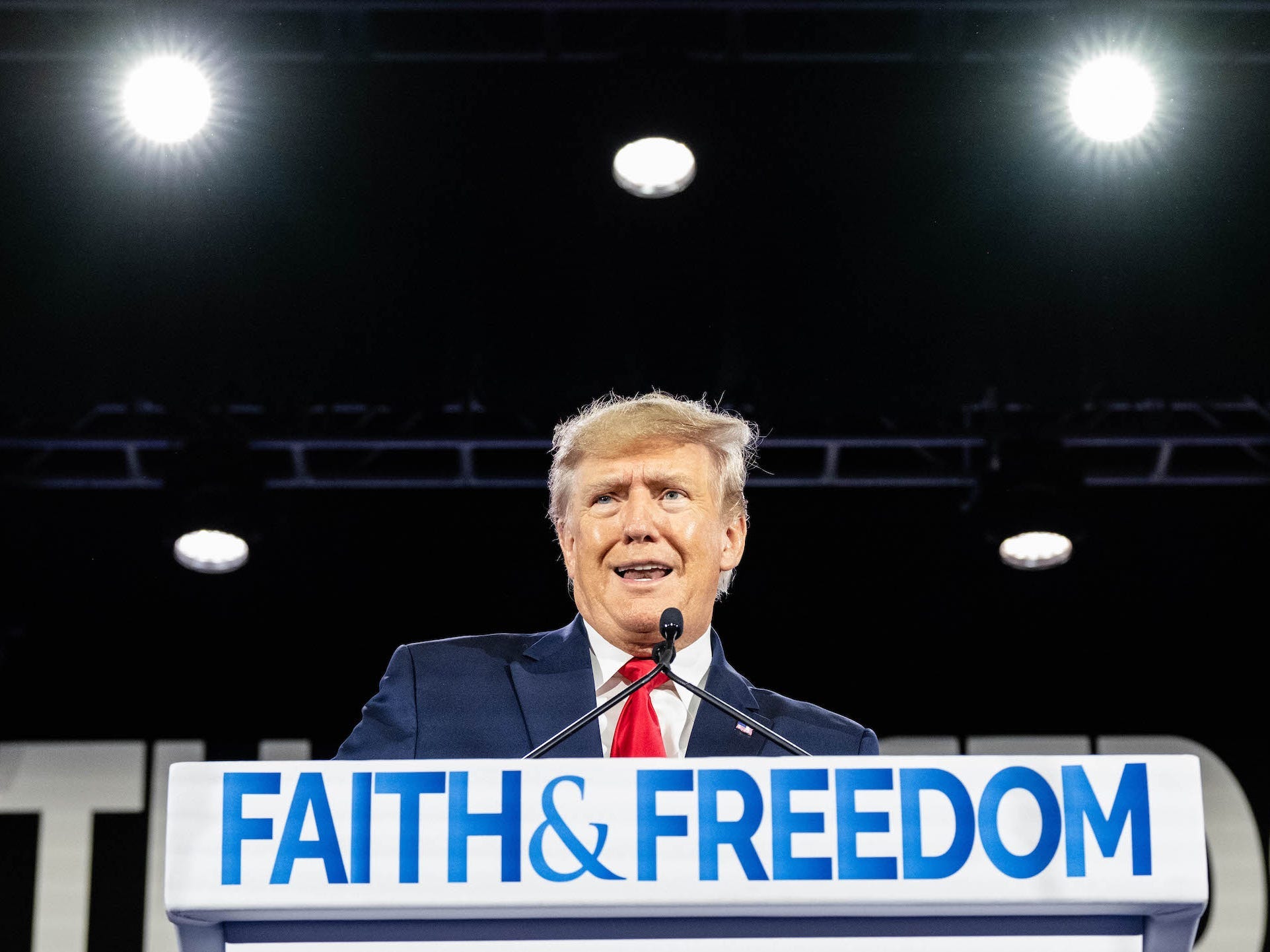 Former President Donald Trump gives the keynote address at the Faith and Freedom Coalition during their annual conference on June 17, 2022, in Nashville, Tennessee.

Rep. Adam Schiff said Sunday the House committee investigating the Capitol riot will reveal evidence that former President Donald Trump was involved in a failed effort to overturn the election by appointing pro-Trump electors in states won by Joe Biden.

“Yes, we’ll show evidence of the president’s involvement in this scheme,” Schiff, a member of the committee, said during an appearance on CNN’s State of the Union.

“We’ll also again show evidence about what his own lawyers came to think about this scheme. And we’ll show courageous state officials who stood up and said they wouldn’t go along with this plan to either call legislatures back into session or decertify the results for Joe Biden,” Schiff, a California Democrat, continued.

An email obtained earlier this month by The Washington Post and CNN showed the Trump campaign in Georgia delivered explicit instructions on how pro-Trump electors could position themselves to cast electoral colleges votes for Trump, despite Biden winning the state’s popular vote.

Georgia was among the seven battleground states where Trump allies sent fake certificates to the National Archives declaring he won states that he actually lost to Biden, in an effort to replace the legitimate electors with ones that would award electoral college votes to Trump.

Schiff said Sunday that “the system held because a lot of state and local elections officials upheld their oath to the Constitution,” adding “a lot of them were Republicans as well as Democrats.”

When asked if the committee has evidence that Trump directed the plot, Schiff said “I don’t want to get ahead of our hearing.”

The next January 6 hearings are set to take place June 21 and 23.

Trump’s and Schiff’s offices did not immediately respond to Insider’s requests for comment.