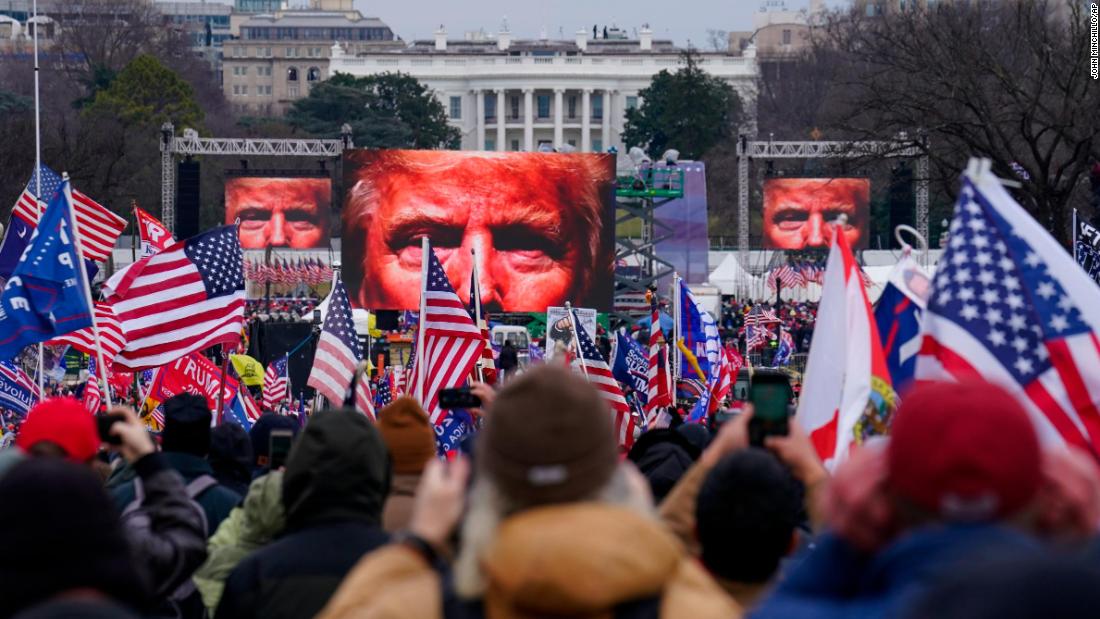 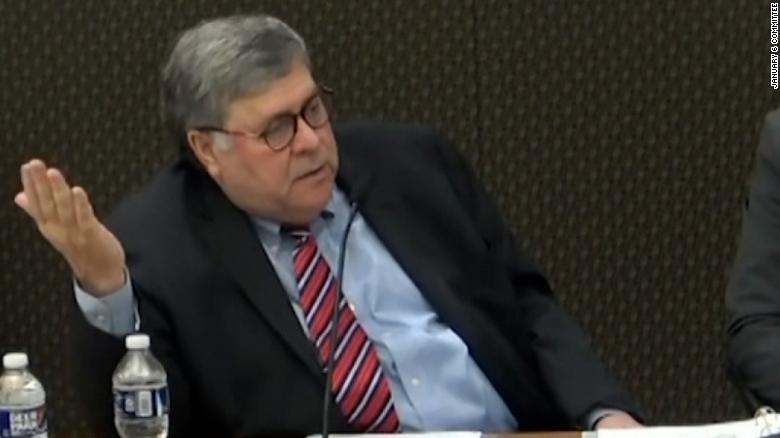 (CNN)It was one of the most gripping evenings of television in memory.

Americans who chose to watch the first January 6 House select committee hearing saw the people closest to former President Donald Trump lay out in damning detail the violent insurrection at the US Capitol, tracing a direct line of responsibility to Trump for leading what looks very much like an attempted coup, a plot to seize power by force and deny the American people the government of their choosing.

It was a searing indictment, made all the more powerful because the people who provided the most damaging accusations against Trump were those closest to him, people who had vigorously defended him in the past.

The historic hearing was devastating for the twice-impeached former president. But will it make a difference? For a sample of the depth of cynicism about the prospects that Trump will be held accountable, look at the comments following this report of an investigation into his handling of gifts he received as president.

Americans have seen Trump impeached; they have watched him break rules relentlessly without paying a price.

Will it happen this time? The case was strong and we know that Attorney General Merrick Garland was watching. But the key point here is not just what happens to the man who, according to committee vice chair Rep. Liz Cheney, “summoned the mob, assembled the mob, and lit the flame,” of the attack on the Capitol.

What happens to Trump matters, but what matters more than anything is what happens to American democracy. That’s because the plot that produced January 6 has not ended.

The “Big Lie” continues, and there is no guarantee that American democracy can survive another presidential election when one of the two parties remains beholden to a confirmed falsehood about the 2020 election.

If the committee can convince at least a segment of the unconvinced of the outrageousness of what transpired around Trump’s efforts to take power after losing the election, it could help save America’s ailing democracy.

The hearing on Thursday was an excellent start.

The meticulously deployed material was presented with calm but intense demeanor by one of the most conservative members of Congress. Cheney — who was one of the top Republicans in the House until she refused to countenance Trump’s false claims that he won the election — took the microphone after chairman Bernie Thompson opened the hearing. She proceeded to eviscerate the former president’s claims, and to do it in such a way that the Department of Justice and the prosecutors in Georgia are likely to find of great interest.

We know Trump denies he lost the election. But abundant testimony strongly suggests he has known that is a lie, and that could have serious legal consequences, even if the majority of Republicans mistakenly believe his 2020 election loss was the result of illegal voting or rigging. In a polarized country, it’s tough to change minds. It’s impossible to convince all Americans of anything today. But there’s a segment of the population whose minds may be changed.

As for the conspiracy theories about rigged voting machines, Barr called them “complete nonsense” and “crazy stuff.”

The former president’s daughter, Ivanka Trump, said she respected Barr and “…accepted what he was saying.”

One after another, people close to Trump, his allies and his inner circle, said they knew the election was fair and they told him so repeatedly.

Screenshots of Fox News host Sean Hannity, a Trump ally, texting with Trump’s press secretary Kayleigh McEnany showed they both knew Trump was inviting impeachment and even removal via the 25th amendment.

Still, Republicans in Congress played along with the scam. Cheney said “multiple” Republican congressmen sought presidential pardons in exchange for helping Trump steal the election. Pardons didn’t materialize, but if the committee has the evidence, some people are not sleeping well in Washington, DC, wondering what new revelations will bring.

Cheney said Trump had a “sophisticated seven-point plan” to overturn the election. Part of the plan was the deadly assault on the Capitol and it could have gotten Vice President Mike Pence killed.

Trump repeatedly demanded his illegal participation in the plot to deny certification of Joe Biden’s victory, even as his enraged followers shouted “Hang Mike Pence.” Cheney added Trump knew of the chants, and responded, “maybe our supporters have the right idea,” Pence “deserves it.” Pence’s top aide, Mark Short, said the former Vice President decided his “fidelity to the Constitution was more important than his fidelity to President Trump.”

For months we all watched as the then president laid the ground for the insurrection. When Biden asked if he would denounce the white supremacist Proud Boys during one of the debates, and Trump responded, “Proud Boys, stand back and stand by,” the committee’s investigation found that the group viewed that as a call to arms. Its recruiting tripled.

Leaders of the Proud Boys have been charged with seditious conspiracy. So have members of another extremist pro-Trump organization, the Oath Keepers. Committee investigators found that the Oath Keepers set up “quick reaction forces,” with arms stashed in hotels just outside Washington, in case Trump invoked the Insurrection Act so they could mobilize to help him stay in power.

It was the chilling anatomy of an attempted coup.

New video of the events of that day on Capitol Hill played as a timeline, with the sickening images coming along with Trump’s voice declaring, “The love in the air, I’ve never seen anything like it!”

In subsequent hearings, Cheney said, the committee will show evidence that Trump and his team “knew that he had, in fact, lost the election.”

Whatever happens to the former president, what really matters is what happens to American democracy. The hearings were enormously successful in using the voices of Republicans, pro-Trump Republicans, pointing to Trump’s culpability. Will it be enough to save democracy in the United States? That remains to be seen.