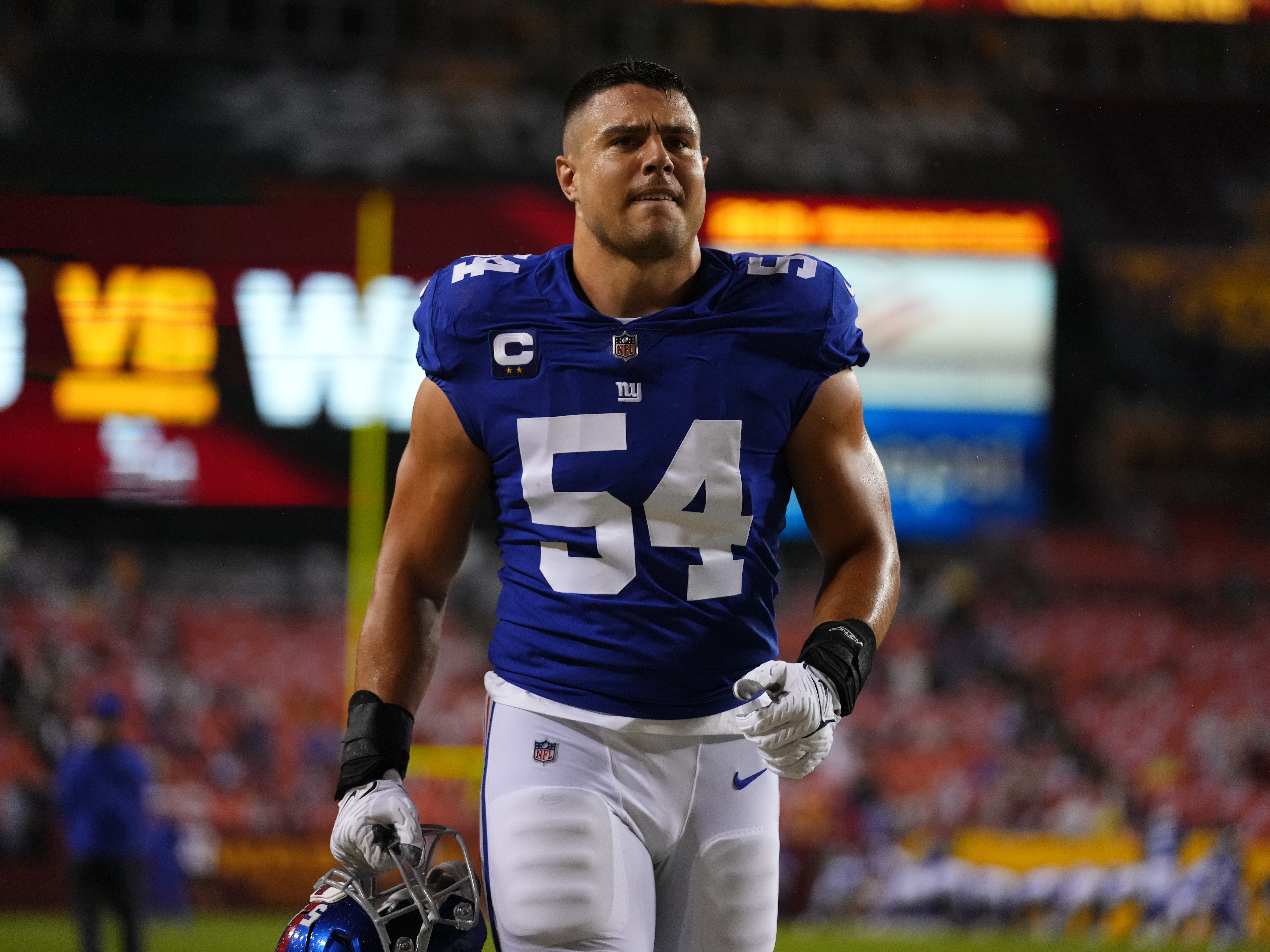 This as-told-to essay is based on a conversation with Blake Martinez, 29, about his decision to quit the NFL and go into business trading Pokémon cards. The following has been edited for length and clarity.

I first got involved with Pokémon cards when I was 6. I’d do my chores and then go to my local Circle K store to buy the base Pokémon sets — the original sets that also came out in English.

I lost track of collecting once I started playing football, but years later, when COVID-19 happened and everything started to skyrocket with trading cards, I called my mom to see what I had left.

She told me the cards had either been thrown away or given away, and that’s when I decided to get back into the hobby and start recollecting.

I began to realize it could become a full-time thing

When I started collecting again about two years ago, I found streamers on Twitch and different platforms doing box breaks.

A box break is where you take a sealed product of Pokémon with 36 packs — 11 cards in each pack —  and people bid to win a certain pack hoping it’s one of the 12 that have holo foil cards in them, which are the expensive cards.

It was exciting to watch, and I thought: Why don’t I do this?

One of my connections from Stanford University, Jeff Jordan, who works at Andreessen Horowitz, recommended I get involved with a company they’d just backed called Whatnot, a retail-entertainment app, which offers a livestream-shopping platform where you can buy or sell a crazy range of items.

Imagine Ryan Reynolds selling you watches — that’s the sort of thing Whatnot has to offer.

We ended up doing a box break on Whatnot, and we turned $50,000 worth of Pokémon cards into $108,000 in that first show. People usually end up bidding more than the actual cost of the packs, and then Whatnot takes a commission on the sale price. 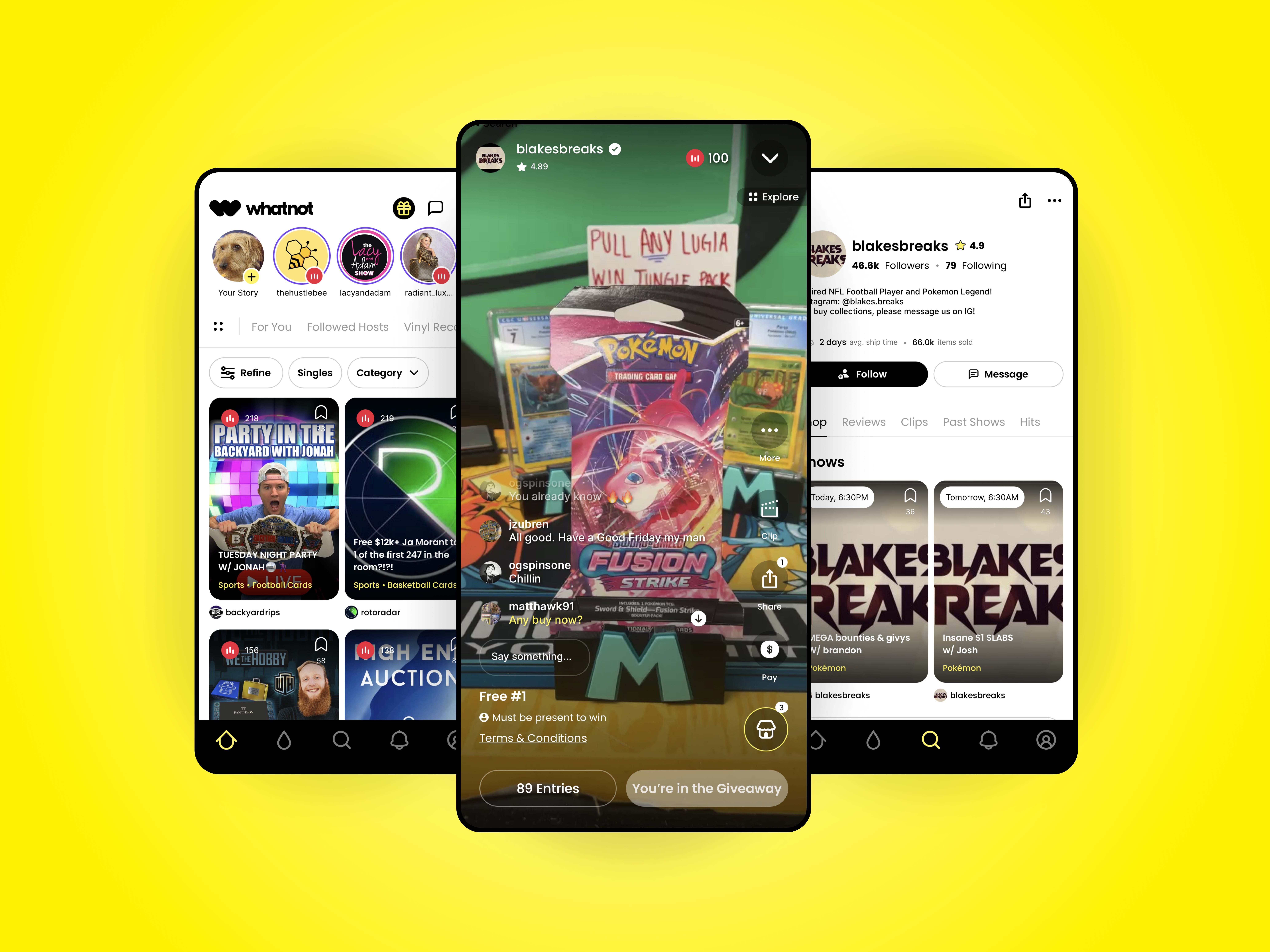 I had a blast opening the packs for people on livestreams, and I realized you could actually make money doing it.

At first, I thought people were just doing it for fun and nostalgia, which was my main reason for starting it. But I realized lots of people were into it and wanted to do it. When I started, there were only about four people on the app, but it’s crazy on there now.

I’d do a break around every two weeks, and I did that for probably a year on my own.

Then Craig, my best friend at Stanford, said he knew someone that could help me.

I met Robbie, we meshed quickly, and he supported my stream for a while. But we were watching other people actually start businesses reselling items within Whatnot and thought, why don’t we try to do that?

From that point on, we took a shotgun approach — I formed a team and bought products.

I found some of my team by scouting out livestreams, including one guy I found when I was up watching a livestream at 2 a.m. I was the only person watching, but he was as energetic as possible.

I reached out to him and said he’d be awesome as part of Blakes Breaks, the name of my Pokémon business.

Whatnot gave us a platform to make a business out of nothing. The whole structure, or the shell, is there, it’s just your job to fill in everything else.

I’d say I work at least 60 to 80 hours a week on the business, whether that’s looking for new cards on eBay to buy and resell or reaching out to people on Instagram or friends to find new consignments. The best part is I don’t really monitor my hours because I’m just having fun.

After my ACL injury in 2021, there was a yearlong rehab process. The New York Giants got a new coaching staff and general manager, and there was basically a full gut out.

They said they wanted to cut my pay because of the uncertainties with my knee and for salary-cap purposes.

It didn’t end up going too well between me and the coaching staff, and I wasn’t really having as much fun doing what I’d been doing for the past 20 years.

So I pretty much asked to be released and I was looking at which team I wanted to go to.

I picked the Las Vegas Raiders because my defensive coordinator was there, and I thought maybe my love of the game would come back.

During that time, Blakes Breaks was skyrocketing, and I thought, “If I’m gonna start a new career, why not do something I’m super passionate about?”

As time went on, I called my agent and said both my knees are killing me, and I’m not really feeling this anymore.

I’d just had a game where I had 11 tackles. I got done with the game and everybody was messaging me saying things like, “Hey, you had an amazing game,” but all I could think about was which Pokémon card I was going to buy.

In the summer, someone had also reached out to me about some trophy cards they had, including an “Illustrator” card, which is super rare.

I had to wire money to a middleman in Japan who went to get the card for me, and I ended up having to FedEx it back. I didn’t even want to hold the card, so I got it graded and sent it straight to Goldin Auctions, where I sold it for $672,000 — and the rest is history. 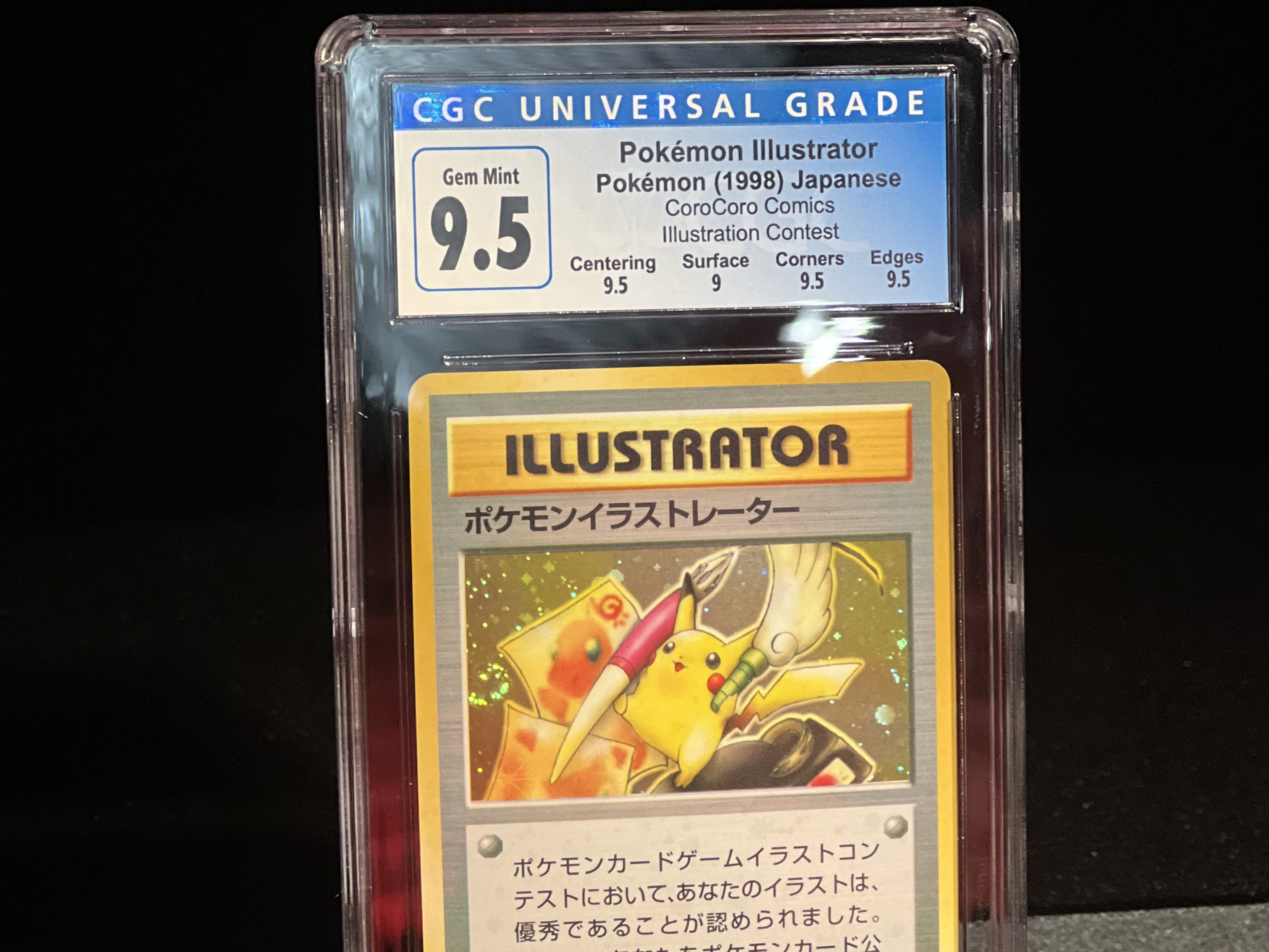 Martinez sold this “Illustrator” card for $672,000, just 11 days before announcing his retirement.

The long-term effects of playing a high-contact sport were definitely a factor in my decision to retire.

If I’m going to do something, I have to be all in. If you don’t feel like you’re all in, especially with football, you’re just gonna get hurt.

But the Pokémon and business aspect definitely played a part in my decision as well.

My No. 1 piece of advice for people to be successful on Whatnot is to be yourself

Act like when you’re in the shower by yourself and you sing your heart out. That’s what I try to tell the team — you’re in control on that screen.

No. 2 is to have a variety of products to sell, because you have high-end buyers on Whatnot and also parents that just want to open up $2 packs with their kids. If you try to appeal to only one audience, a lot of people aren’t able to sustain themselves.

People in the app also like to go into streams where they expect the unexpected. When I’m live, I might open $5 packs, but the audience knows that at some point I’m gonna open up a $1,000 pack and they’ve got to be there.

So have variety, but do something memorable at least once every stream.

The other stuff is more back-end logistics: Be on time with shipping, respond to direct messages, and give overall good customer service.

We’re trying to scale to different verticals, not just Pokémon

While I’m based in Los Angeles, we also have a team in Miami, and we’re closing a warehouse in Colorado to form another team out there. Sometime in January, we should have another team in New Jersey.

As for what’s next, we want to do Yu-Gi-Oh! cards, sports cards, shoes, and clothes.

Our game plan is to grow out the team so we can have multiple shows running nonstop for multiple categories.