Listen to this article
2022-08-01T19:42:08Z
A ship carrying grain left the Ukrainian port of Odesa for foreign markets on Monday (August 1) under a safe passage agreement, a Ukrainian minister said, the first departure since the Russian invasion blocked shipping through the Black Sea five months ago.

The first ship to carry Ukrainian grain through the Black Sea since Russia invaded Ukraine five months ago left the port of Odesa for Lebanon on Monday under a safe passage deal described as a glimmer of hope in a worsening global food crisis.

The sailing was made possible after Turkey and the United Nations brokered a grain and fertiliser export agreement between Russia and Ukraine last month – a rare diplomatic breakthrough in a conflict that has become a drawn-out war of attrition.

The Sierra Leone-flagged ship Razoni will head to the port of Tripoli, Lebanon, after transiting Turkey’s Bosphorus Strait linking the Black Sea, which is dominated by Russia’s navy, to the Mediterranean. It is carrying 26,527 tonnes of corn.

But there are still hurdles to overcome before millions of tonnes of Ukrainian grain depart from its Black Sea ports, including clearing sea mines and creating a framework for vessels to safely enter the conflict zone and pick up cargoes. read more

Russia’s invasion of Ukraine on Feb. 24 has led to a worldwide food and energy crisis and the United Nations has warned of the risk of multiple famines this year.

U.N. Secretary-General Antonio Guterres said he hoped Tuesday’s departure would be the first of many such cargos and that the U.N. would charter a ship to replenish supplies of aid.

“People on the verge of famine need these agreements to work, in order to survive,” Guterres told reporters in New York.

Ukrainian Foreign Minister Dmytro Kuleba called it a “day of relief for the world, especially for our friends in the Middle East, Asia, and Africa.”

Ukraine, known as Europe’s breadbasket, hopes to export 20 million tonnes of grain in silos and 40 million tonnes from the harvest now underway, initially from Odesa and nearby Pivdennyi and Chornomorsk, to help clear the silos for the new crop.

Moscow has denied responsibility for the food crisis, saying Western sanctions have slowed its exports and accusing Ukraine of laying underwater mines at entrance of its ports. The Kremlin called the Razoni’s departure “very positive” news.

Trade from Russia’s Black Sea ports recovered in mid-May after dropping in April, although it has fallen slightly in recent weeks, according to VesselsValue, a London-based maritime intelligence provider.

Turkish Defence Minister Hulusi Akar said the vessel would anchor off Istanbul on Tuesday afternoon and be inspected by Russian, Ukrainian, United Nations and Turkish representatives.

“It will then continue as long as no problems arise,” Akar said.

“This is a glimmer of hope in a worsening food crisis,” a German foreign ministry spokesperson told a government briefing.

A junior engineer on the vessel, Abdullah Jendi, said the crew were happy to be moving after their prolonged stay in Odesa and that he, a Syrian, had not seen his family in more than a year. read more

“It is an indescribable feeling to be returning to my home country after suffering from the siege and the dangers that we were facing due to the shelling,” he said.

He said he was scared the ship might hit a mine in the hours it would take to leave regional waters.

The U.S. Embassy in Kyiv also welcomed the shipping resumption and said the world would be watching out for more. Chicago wheat and corn prices fell amid hopes that Ukraine’s cereals exports could resume on a large scale.

Key arrangements, including shipping procedures still need to be worked out before empty vessels can come in and pick up cargoes from Ukraine using the new corridor, Neil Roberts, head of marine and aviation insurance with Lloyds Market Association, told Reuters. read more

“”There is some way to go,” Roberts said.

With fighting still raging, three civilians were reported killed by Russian shelling in the eastern Donetsk region – two in Bakhmut and one in nearby Soledar – in the last 24 hours, regional governor Pavlo Kyrylenko said.

An industrial city and transport hub, Bakhmut has been under Russian bombardment for the past week as the Kremlin’s forces try to occupy all of Donetsk after seizing most of the neighbouring region, Luhansk, last month.

After failing to seize the capital Kyiv early in the war, Russia has been aiming to capture the eastern Donbas region, made up of Donetsk and Luhansk, which were partially occupied by Russia-backed separatists before the invasion. It also has aimed on capturing more of the south, where it annexed Crimea from Ukraine in 2014.

Ukraine, which has launched a counter-offensive in the south, continues to ask the West to supply more long-range artillery as it tries to turn the tide in the conflict. The country has received billions of dollars in Western military aid and weapons since the start of the war.

Ukraine’s defence minister said Kyiv had received four more U.S.-made HIMARS rocket systems from the United States. The Pentagon said it would provide Ukraine with more HIMARS ammunition as part of a lethal aid package valued at up to $550 million.

Moscow says Western arms supplies to Ukraine only drag out the conflict and the supply of longer-range weapons justifies Russia’s attempts to expand control over more Ukrainian territory for its own protection.

Russia invaded Ukraine in what it called a “special operation” to demilitarise its neighbour. Ukraine and Western nations have dismissed this as a baseless pretext for war. 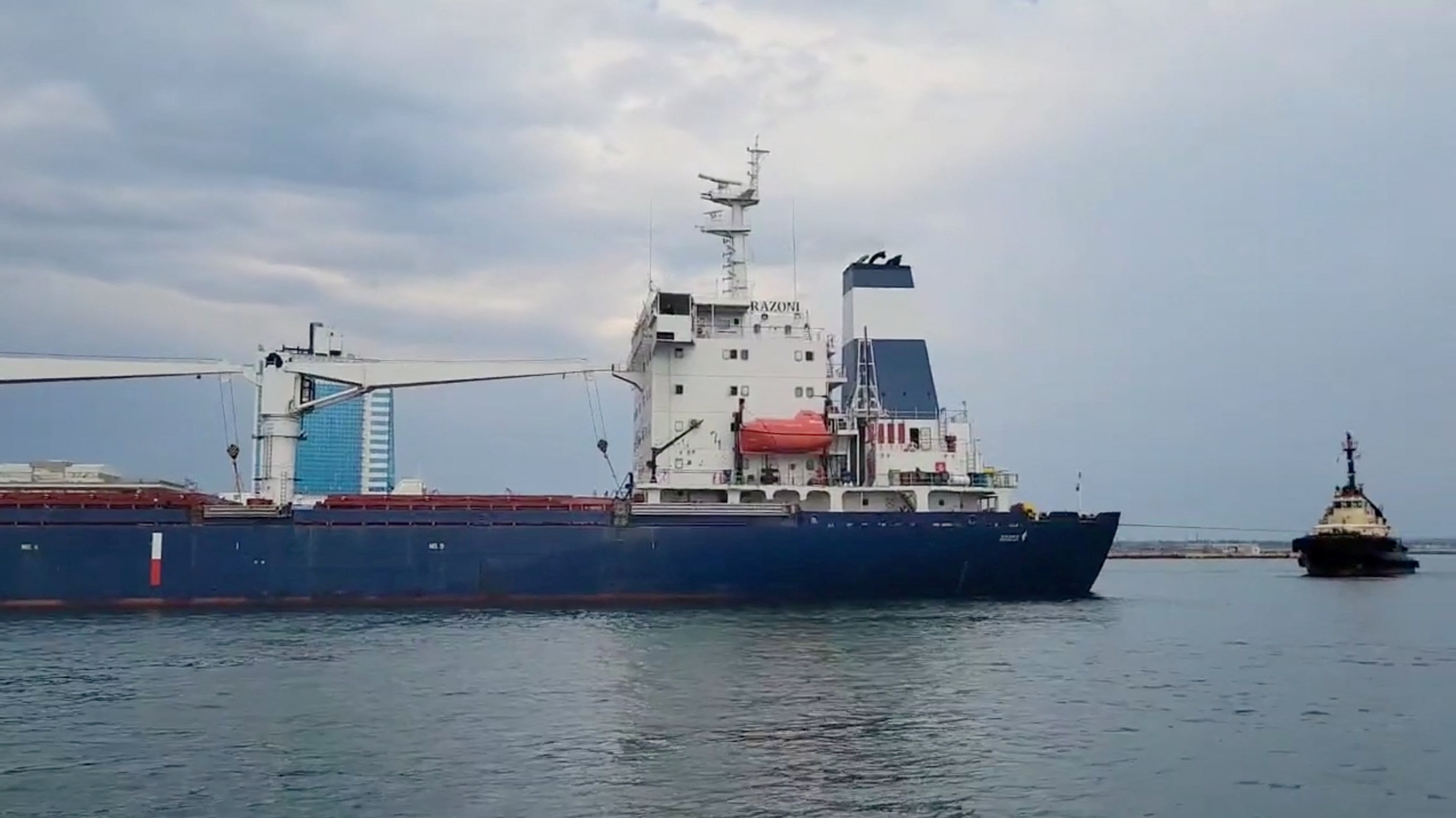 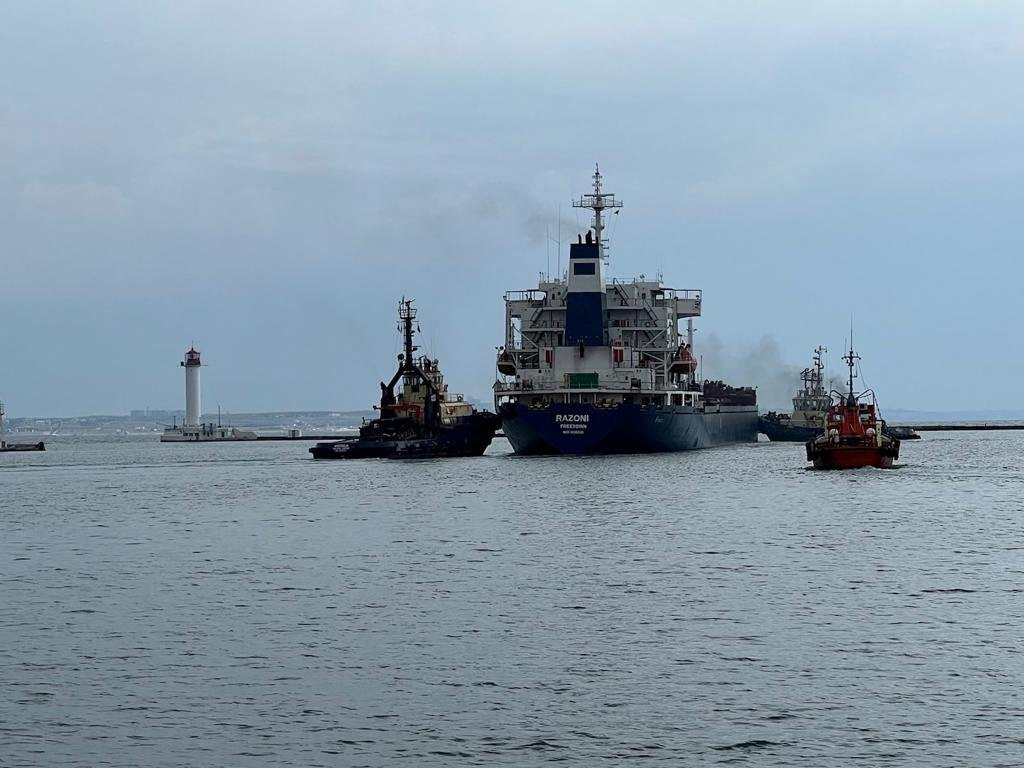 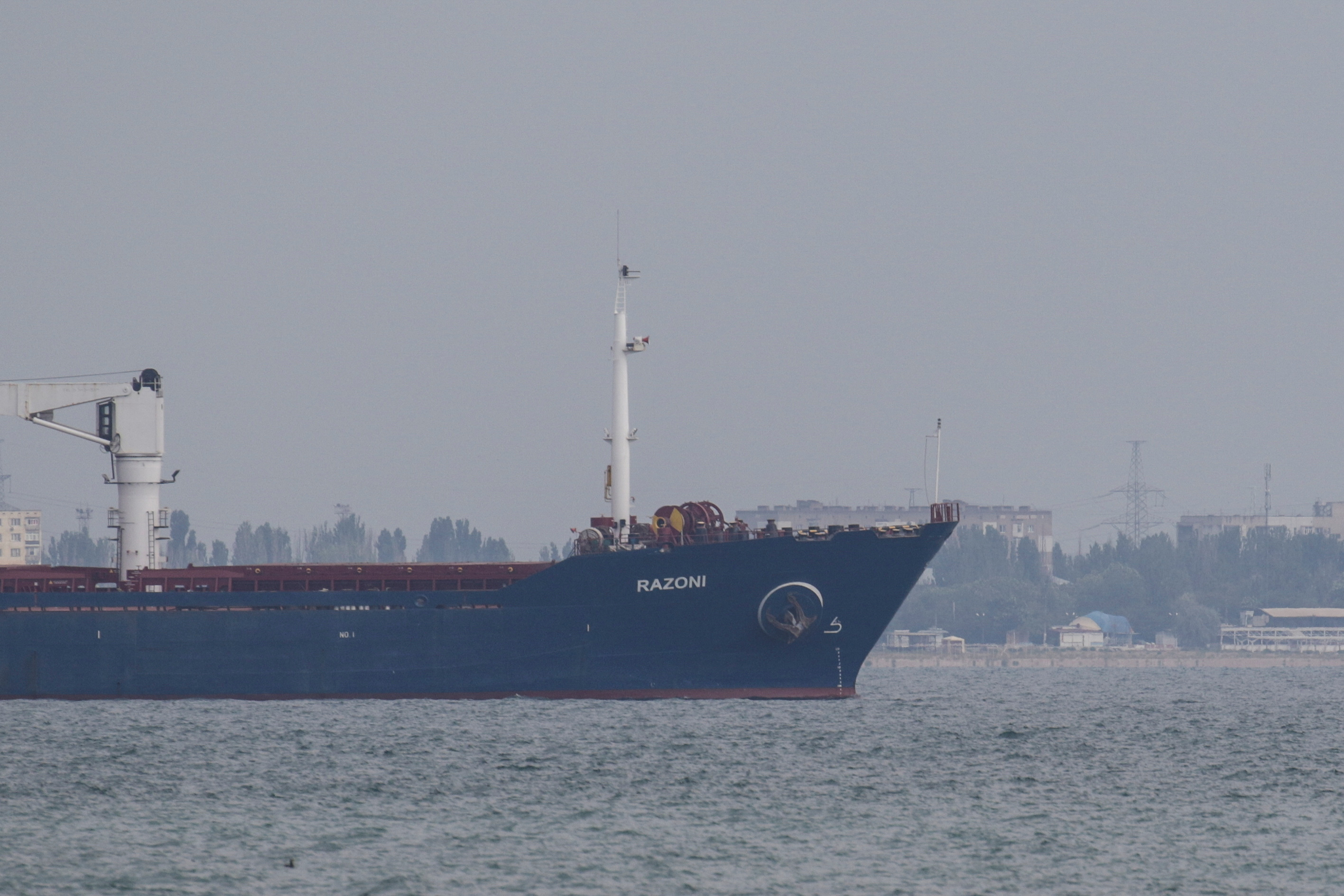 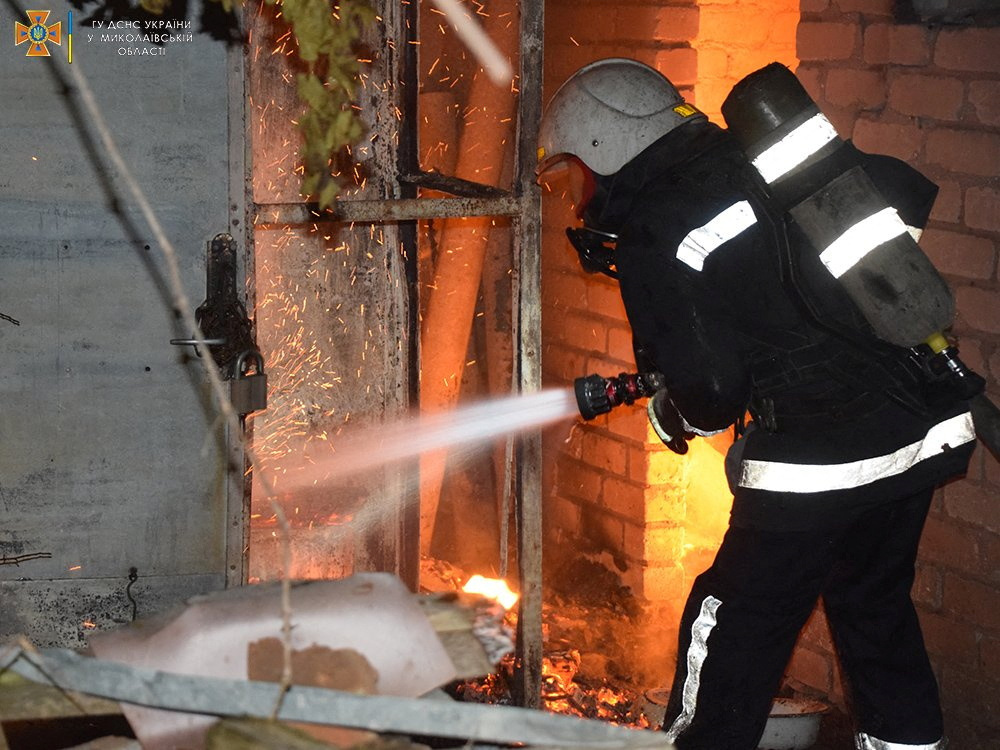 A firefighter works to douse a fire in a building, as Russia’s attack on Ukraine continues, in Mykolaiv, in this handout picture released on July 31, 2022. State Emergency Service of Ukraine in Mykolaiv Region/Handout via REUTERS 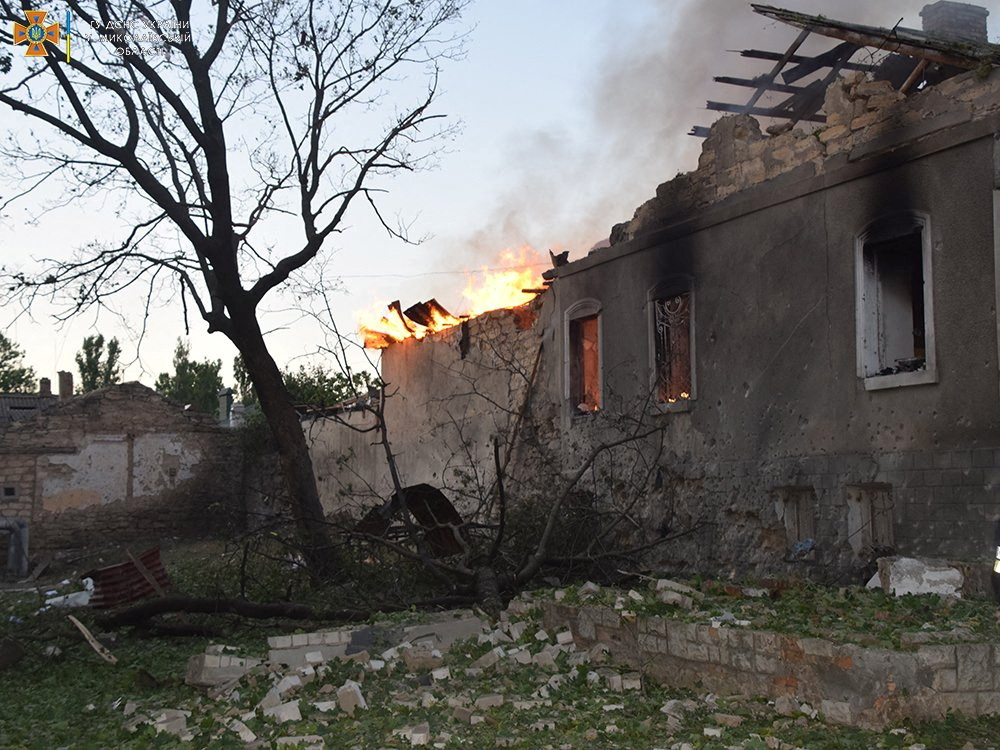 A view shows a building on fire, as Russia’s attack on Ukraine continues, in Mykolaiv, in this handout picture released on July 31, 2022. State Emergency Service of Ukraine in Mykolaiv Region/Handout via REUTERS 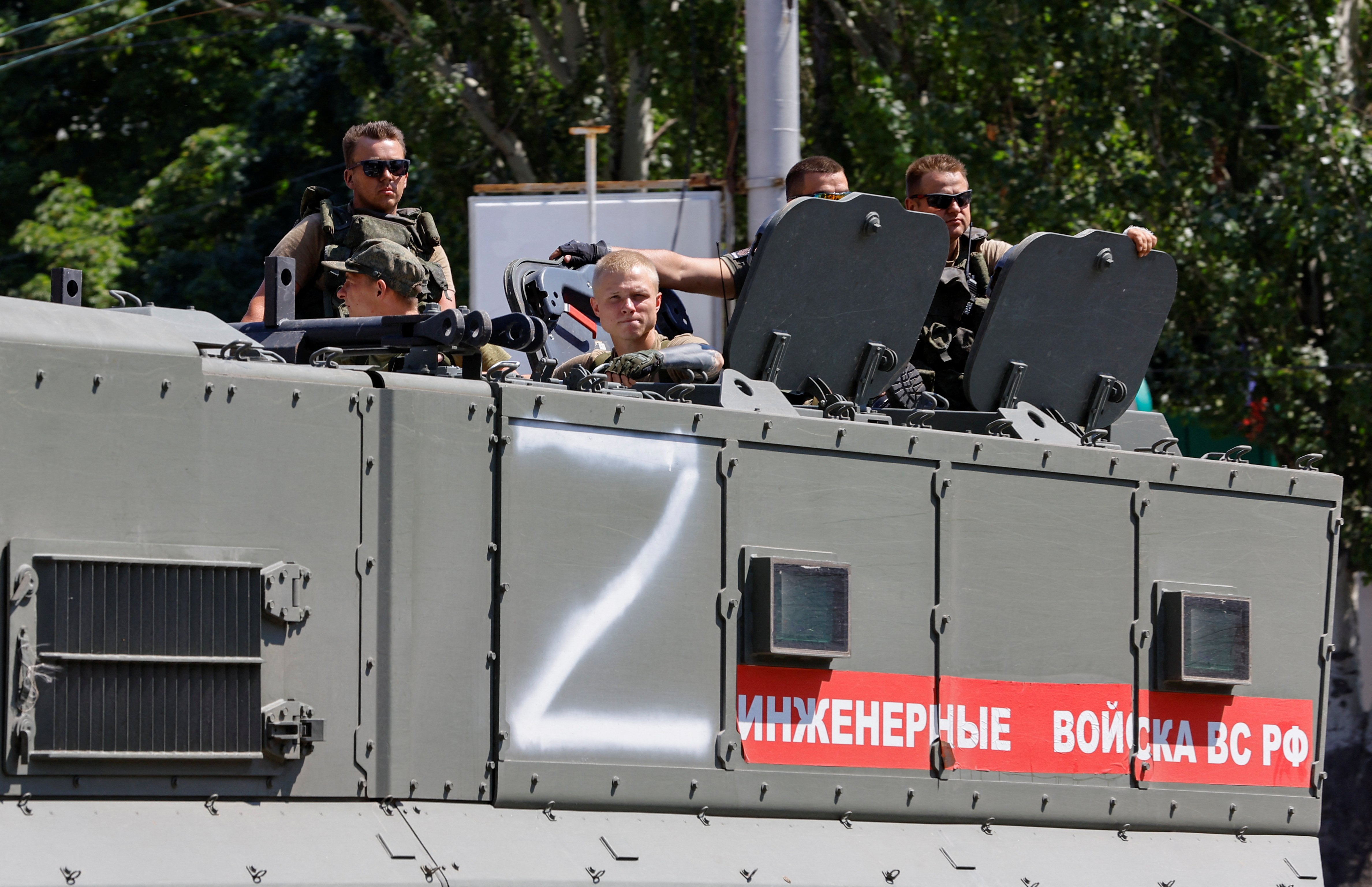 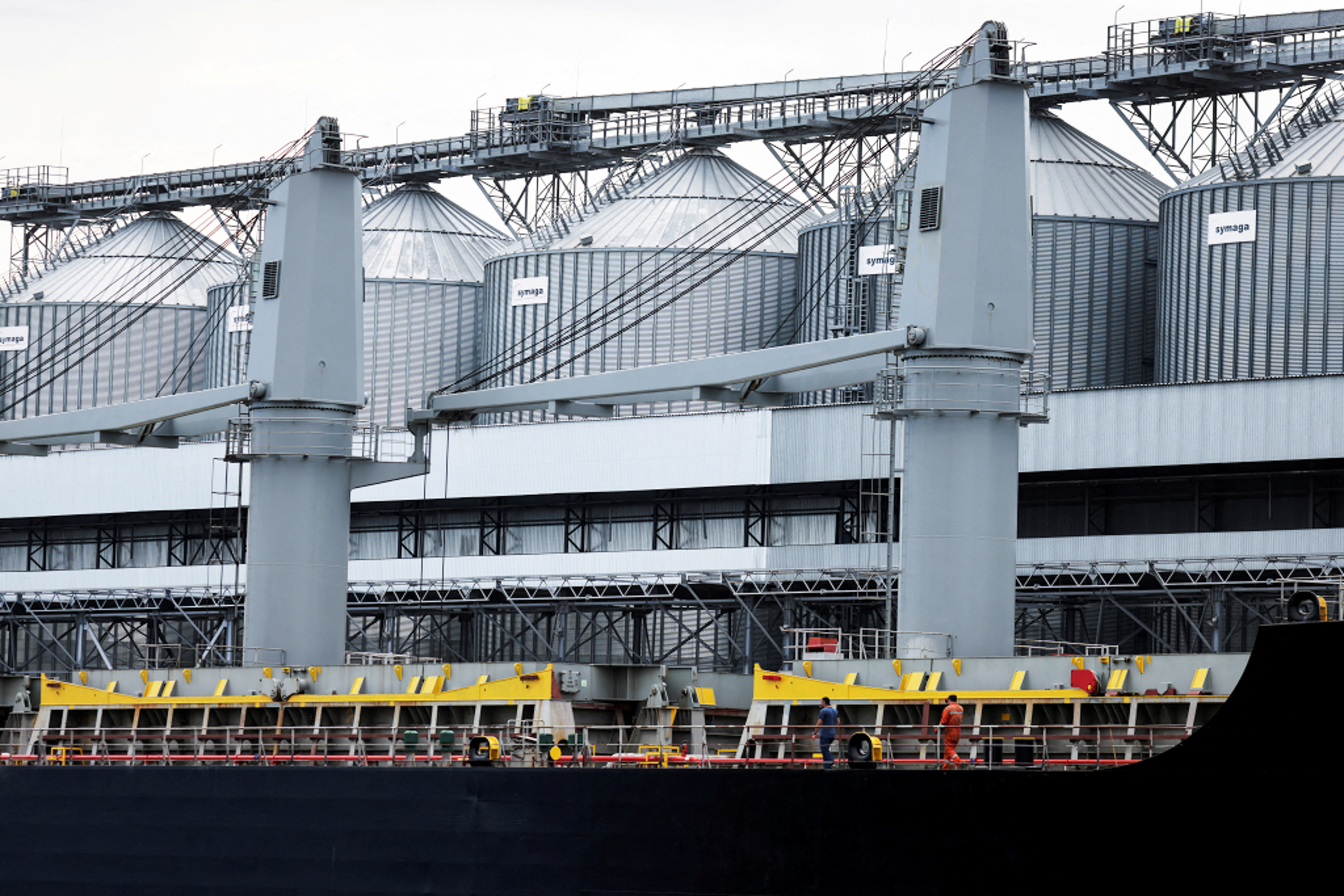 A view shows silos of grain from Odesa Black Sea port, before a shipment of grain as the government of Ukraine awaits signal from UN and Turkey to start grain shipments, amid Russia’s invasion of Ukraine, in Odesa, Ukraine July 29, 2022. REUTERS/Nacho Doce