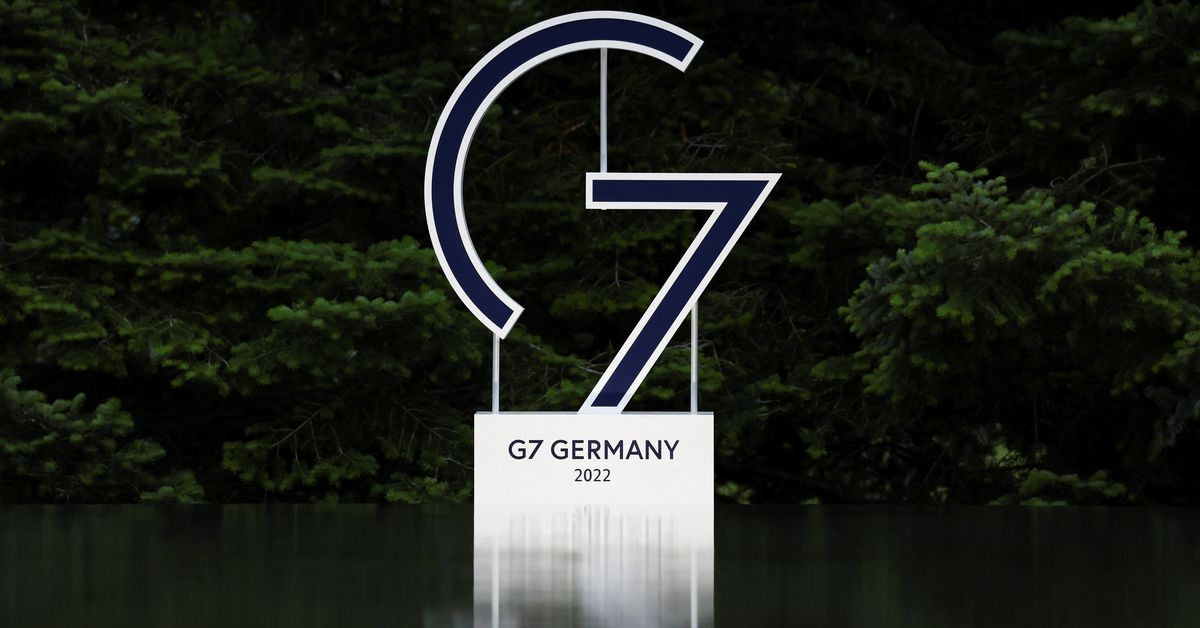 A sign is pictured during the G7 leaders summit at the Bavarian resort of Schloss Elmau castle, near Garmisch-Partenkirchen, Germany, June 27, 2022. REUTERS/Lukas Barth/Pool

GARMISCH-PARTENKIRCHEN, Germany, June 28 (Reuters) – The Group of Seven leaders agreed on Tuesday to strengthen their countries’ defences against foreign disinformation and cyber attacks, including threats posed by Russia.

“We also commit to further strengthening our internal security in light of transnational threats including those posed by Russia and other authoritarian regimes,” said the G7 communique at the end of a summit in Germany.