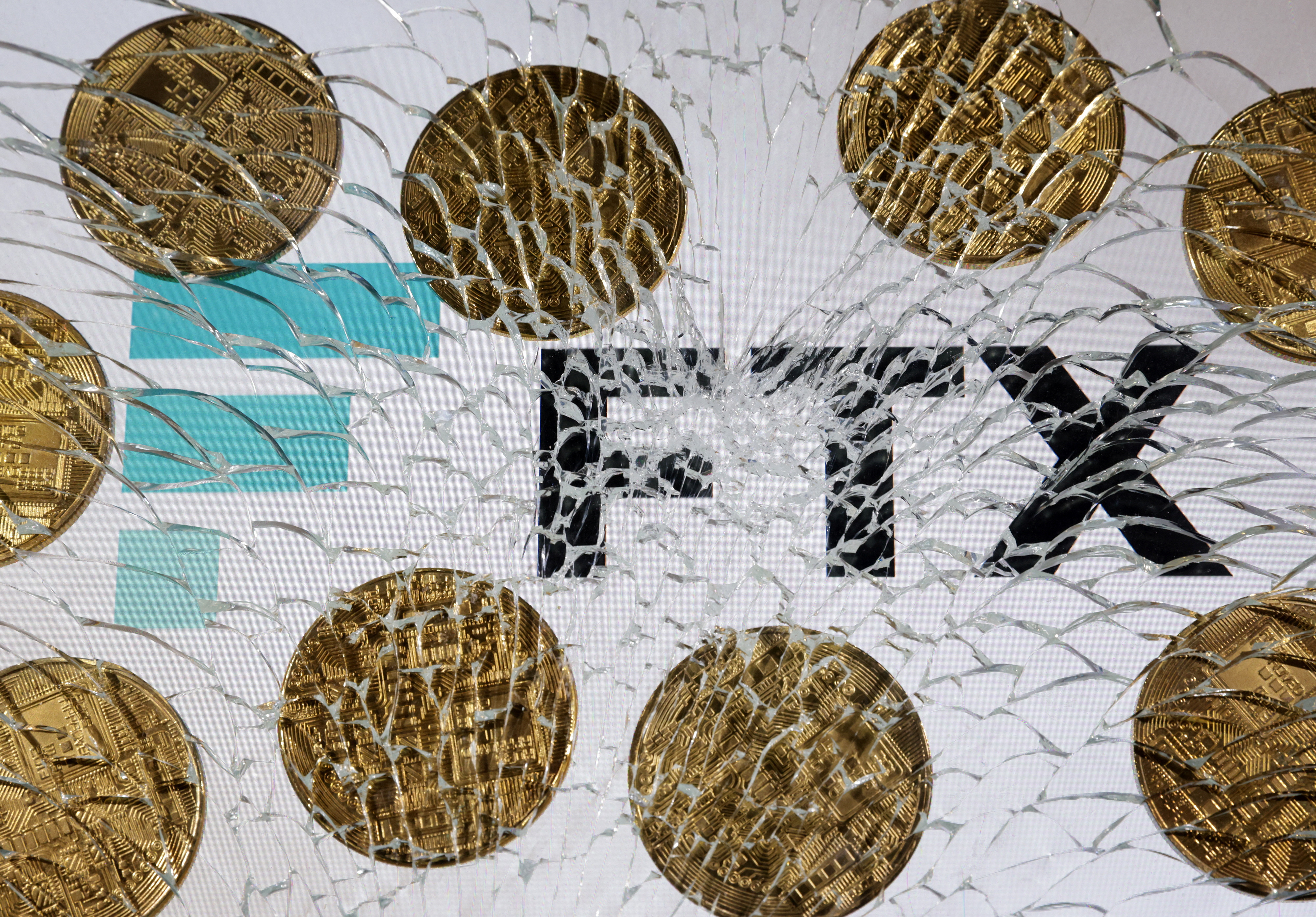 An FTX logo and a representation of cryptocurrencies are seen through broken glass in this illustration taken December 13, 2022. REUTERS/Dado Ruvic/Illustration

A U.S. judge on Friday signed off on FTX’s choice of legal advisers to navigate its bankruptcy, after the collapsed crypto exchange told the court it had reached an agreement with the U.S. Department of Justice removing one of the biggest obstacles to the law firm’s appointment.

The U.S. Trustee, the Justice Department’s bankruptcy watchdog, and two of FTX’s creditors had objected to FTX hiring Sullivan & Cromwell, arguing the New York law firm had not disclosed sufficient information about its past ties to FTX.

These ties, they said, include the fact that FTX’s U.S. general counsel, Ryne Miller, is a former partner at the firm.

The U.S. Trustee and a Sullivan & Cromwell lawyer representing FTX told Dorsey that the firm and the exchange provided the Justice Department additional disclosures about the firm’s pre-bankruptcy work, which satisfied the department’s concerns.

Dorsey said the objectors had not shown that there was an active conflict of interest between FTX and the firm, and to the extent that conflicts could arise there were procedures in place to deal with that.

Former top FTX attorney Daniel Friedberg had also opposed Sullivan & Cromwell’s hiring in court filings on Thursday, saying that the law firm had overbilled for legal work and had conflicts of interest stemming from its connections to Miller.

Miller tried to “channel a lot of business to S&C” and “looked forward to returning as a partner to S&C” after his stint at FTX, Friedberg wrote.

The judge denied the request, saying that Friedberg’s court filing was not properly presented to the court and “full of hearsay, innuendo, speculation and rumors.”

FTX has pushed back on the objections in court filings this week, saying it relies on Sullivan & Cromwell for high-stakes work like securing customer assets and sharing information with U.S. prosecutors and regulators.

FTX has said forcing it to find new lawyers would disrupt efforts to clean up the mess left behind by founder Sam Bankman-Fried, who has been accused by U.S. prosecutors of orchestrating an “epic” fraud that may have cost investors, customers and lenders billions of dollars.

Bankman-Fried, who has pleaded not guilty, has repeatedly attacked Sullivan & Cromwell since FTX’s implosion, claiming he was strong-armed by lawyers at the firm into filing for bankruptcy and surrendering control of the company. The firm called those allegations false in court filings this week.

Sullivan & Cromwell has told the court it should not be disqualified simply because it performed some pre-bankruptcy work for FTX. A Sullivan & Cromwell spokesperson has said the firm had a “limited and largely transactional” relationship with FTX prior to the bankruptcy and never served as primary outside counsel to any FTX entity.

FTX filed for bankruptcy protection in November, saying it was unable to completely repay customers who had deposited funds on its exchange. FTX’s new CEO, John Ray, has said his top priority is recovering assets to repay FTX customers.

Bankruptcy judges usually allow companies to choose their bankruptcy attorneys, but conflicts of interest can result in attorney disqualification in some rare cases.