(Reuters) – About four days after a wildfire started in Yosemite National Park, firefighters in California have begun to contain the blaze, which has threatened some of the oldest giant sequoia trees in the world, officials said on Monday. 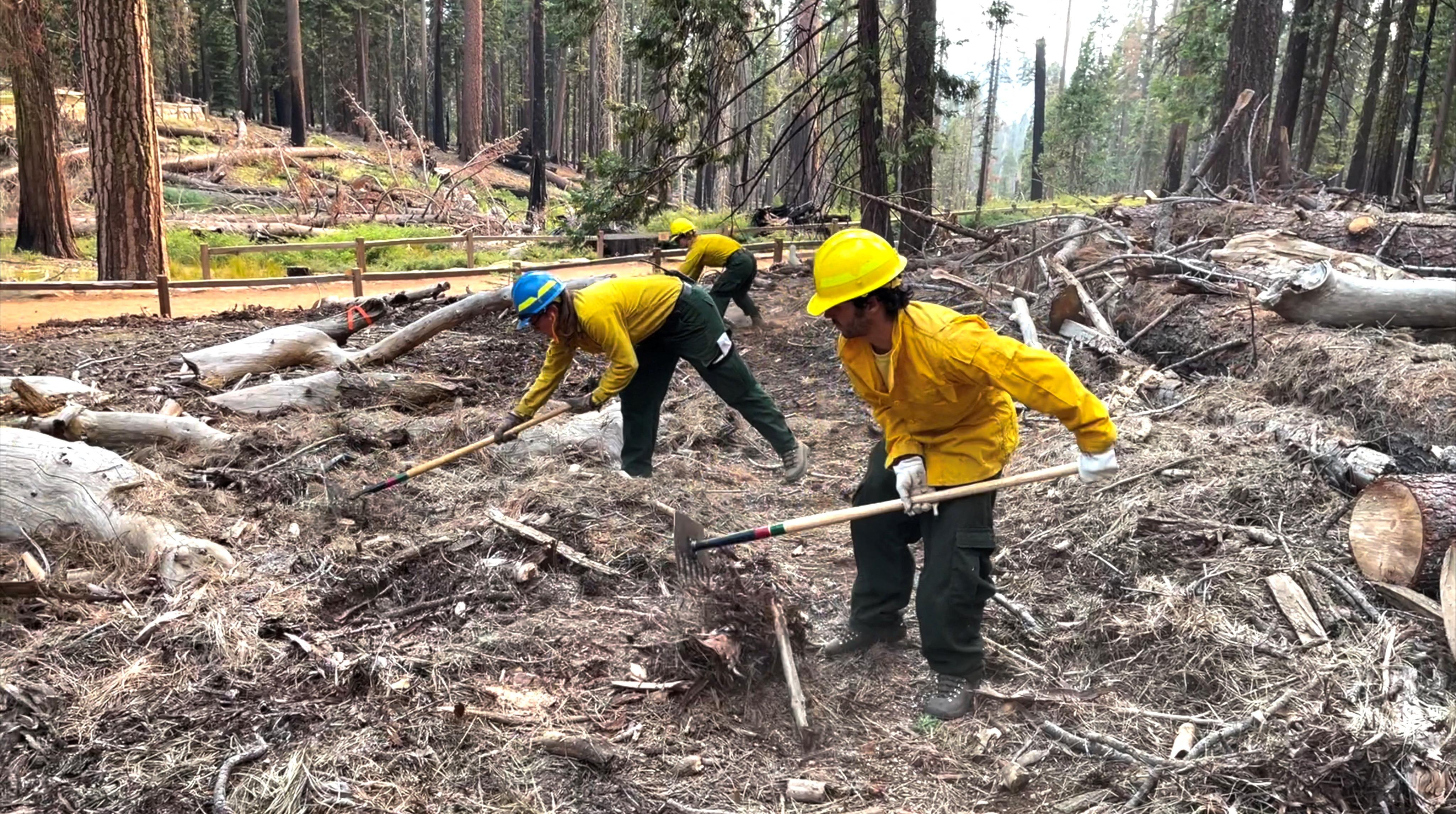 Workers prepare the area to protect it, as Washburn Fire continues to burn in the area, in Yosemite National Park’s Mariposa Grove, California, U.S. in this screen grab taken from an undated handout video obtained by Reuters on July 11, 2022. National Park Service/Handout via REUTERS

None of the park’s landmark giant sequoias, the world’s largest tree species by mass, have been reported destroyed by the fire, officials said.

“We are starting to see some containment,” Matt Ahearn, operations section chief with California Interagency Incident Management Team 13, said in a video briefing.

A press statement published after Ahearn’s briefing said there was zero percent containment. A public information officer for the fire incident management team said he was looking into the inconsistency but added he was aware of areas of containment on the incident’s latest fire map and expected the incident to report some containment.

The fire has burned 2,044 acres (827 hectares), Ahearn said, without giving a number on its containment level.

The park’s Mariposa Grove, home to over 500 giant sequoias, has been closed since Friday. The community of Wawona – which is located in the park and includes Wawona Hotel and a campground – was evacuated. The rest of the park remains open.

Firefighters set up sprinklers in an attempt to protect giant sequoias such as one named The Grizzly Giant which is around 3,000 years old.

With their thick bark, giant sequoias have coexisted for millennia with lightning-sparked fires that maintain the health of redwood forests.

Thousands of the trees were destroyed in recent years by fires in California’s Sierra Nevada range, the giant sequoia’s habitat.