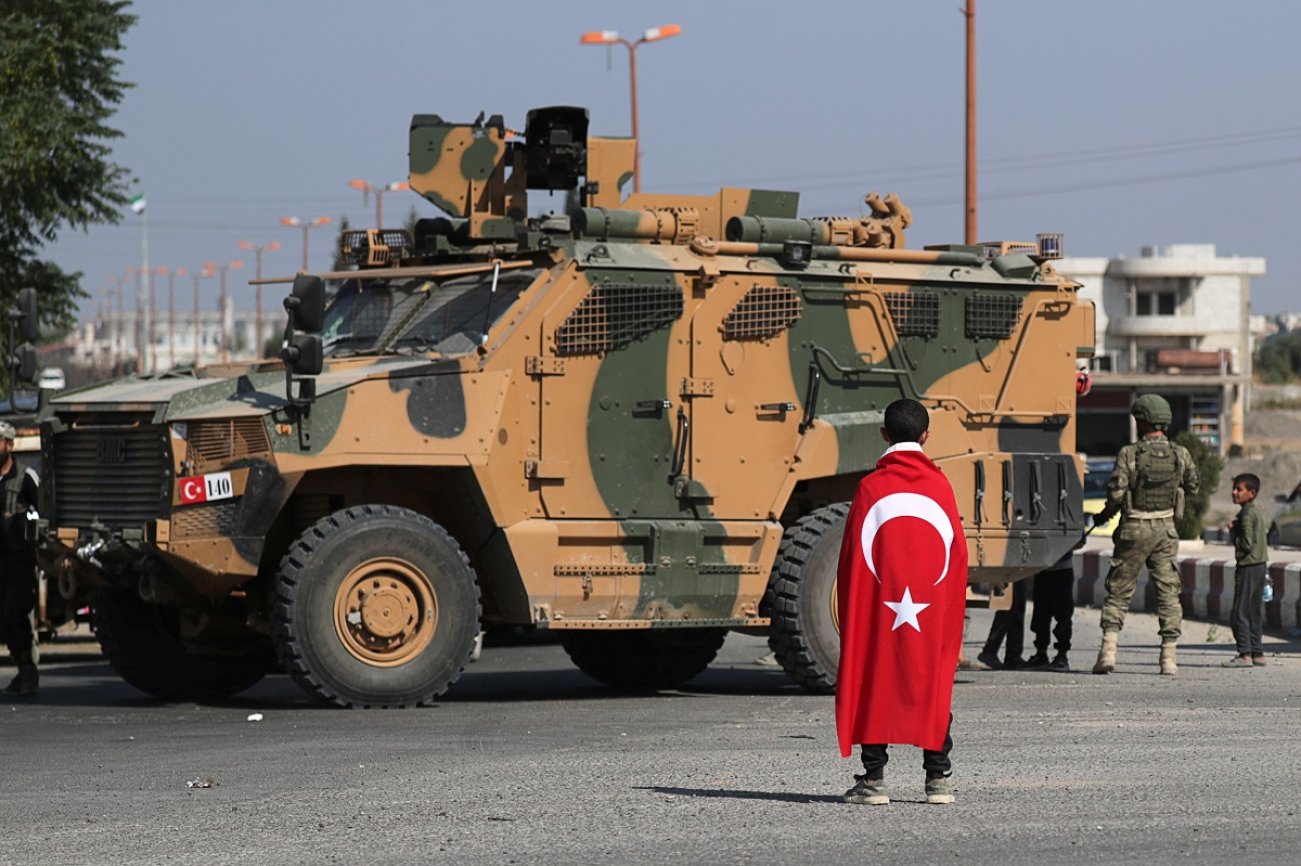 Turkey has essentially become like Iraq in early 1990: Erdoğan, like Saddam, sees his economy collapsing and recognizes that he will not be able to deflect blame from his own mismanagement and choices. That means trouble is brewing.

Late last month, Mike Pompeo became the first secretary of State to visit Greece twice. While his initial remarks sought de-escalation, the reality is only one side is responsible for the conflict that now looms: In recent months, Turkey has not only encroached on Cyprus’ internationally-recognized exclusive economic zone and Greek waters but, in recent days, reportedly Israel’s exclusive economic zone as well. Whereas compartmentalized analysts might see Turkish president Recep Erdoğan backing down in the face of diplomatic pushback and military mobilizations, a more holistic view is that Erdoğan is determined to lash out for reasons both ideological and populist and will continue to do so until he determines where a small military investment could bring the greatest gains.

One possible flashpoint to watch is Famagusta. After Cypriot independence, Famagusta—and especially its southern Varosha quarter—became a major tourist hub that attracted European and Western glitterati to its pristine beaches and resorts. That all ended when Turkey invaded in 1974. It first bombed the city forcing many residents to flee and then occupied it. Famagusta’s residents expected to return upon the ceasefire but never did. Varosha became a ghost town with billions of dollars of real estate fenced off and empty, its former residents permanently displaced.

Generations of diplomats have expected Famagusta—and the return of its residents—to be key to any negotiated peace on Cyprus. That Turkey left Varosha fallow gave Cypriots, Western Europe, and UN diplomats hope that Ankara was still interested in a resolution to the Cypriot conflict. Now, however, Erdoğan signals that Turkey may act unilaterally to populate and develop Varosha. Not only does Erdoğan want to signal his toughness after backing down in his recent maritime dispute with Greece, but he and his key supporters also stand to gain billions of dollars as they use Turkish state funds and perhaps the proceeds of resources looted by Turkey to reconstruct the apartment buildings and hotels which after five decades must be razed and replaced. Consider it Turkey’s version of China’s salami-slicing strategy. Erdoğan has long argued that the treaties determining Turkey’s borders should be revised; populating Varosha would allow him to put his rhetoric into action.

The problem is not only in Cyprus or the Eastern Mediterranean, however. Turkey has troops in Syria and Iraq, and has also intervened in Libya and, most recently, Azerbaijan. Troublingly, Turkey’s new modus operandi is to use Syrian proxies, many of whom are veterans of the Islamic State or Al Qaeda affiliates. In effect, Turkey now uses its Syrian militiamen the way that Iran utilizes Lebanese Hezbollah or its parallel Afghan and Pakistani militias. That Turkey is so rapidly inserting its Syrian proxies into various conflicts signals Turkey’s simultaneous desire to broaden its interventions overseas and its efforts to maintain plausible deniability.

Beyond its military posturing, Turkey has also grown more aggressive toward dissidents abroad. Earlier this year, a Turkish intelligent agent entered an Austrian police station and stated that Turkey’s intelligence service had ordered him to assassinate a former Austrian parliamentarian, also of Kurdish descent.

On September 25, three unidentified individuals in Stockholm, Sweden attacked Abdullah Bozkurt, perhaps Turkey’s most prominent dissident journalist who previously worked for Fethullah Gülen’s flagship Zaman prior to Erdoğan’s crackdown on Gülen’s movement. While Turkey has instigated attacks on dissidents and opposition—including in Washington, DC—assassinating European politicians and attacking journalists as prominent as Bozkurt suggests that Erdoğan is ratcheting up aggression to a new level.

The U.S. and European response is restrained, which only encourages Erdoğan’s aggression. Like Vladimir Putin in Russia and Xi Jinping in China, he believes the West is weak and he get away with dictating to it. He has nowhere near the power of his political peers, but he is right to detect European and U.S. weakness.

The major problem Europe—and by extension the United States—faces is Germany. Angela Merkel is reluctant to apply meaningful sanctions against Turkey because her country fears three things. Diplomats say privately that Merkel’s bigger fears are that Turkey might utilize refugees as cover to precipitate violence inside Germany, or that Erdoğan might incite Germany’s large ethnic Turkish population.

This plays into the hands of those within the State Department who seek to undermine efforts to hold Turkey to account. Rather than impose sanctions unilaterally on Turkish officials and companies complicit in violating Cypriot or Greek waters, mid-level U.S. diplomats argue they want only to impose sanctions in conjunction with the European Union knowing that Germany will effectively block their implementation. Pompeo, therefore, may talk a robust game with regard to Turkey’s regional aggression from the seventh floor of the State Department but, in practice, his Bureau of European and Eurasian Affairs slow-rolls any cost to Turkey to the point that Erdoğan believes he will face no pushback for his aggression.

The Eastern Mediterranean is a tinderbox. Wars are seldom caused by a desire for resources alone, but rather by overconfidence. Turkey has essentially become like Iraq in early 1990: Erdoğan, like Saddam, sees his economy collapsing and recognizes that he will not be able to deflect blame from his own mismanagement and choices. Like Saddam, he sees neighbors possessing valuable resources and believes the international community to be paper tigers. In 1990, Saddam had April Glaspie equivocate and turn a blind eye to his ambitions; in 2020, Erdoğan has equally credulous envoy James Jeffrey. Turkey’s recent escalations in the region show that Erdoğan’s ambitions are out-of-control. The question for Washington, Berlin, and Brussels is whether the United States and Europe are willing to stand up and shut down those ambitions before Erdoğan pulls the trigger, or whether they will instead wait until a resolution is far more costly to Turks and everyone in the Eastern Mediterranean.

Michael Rubin is a resident scholar at the American Enterprise Institute.