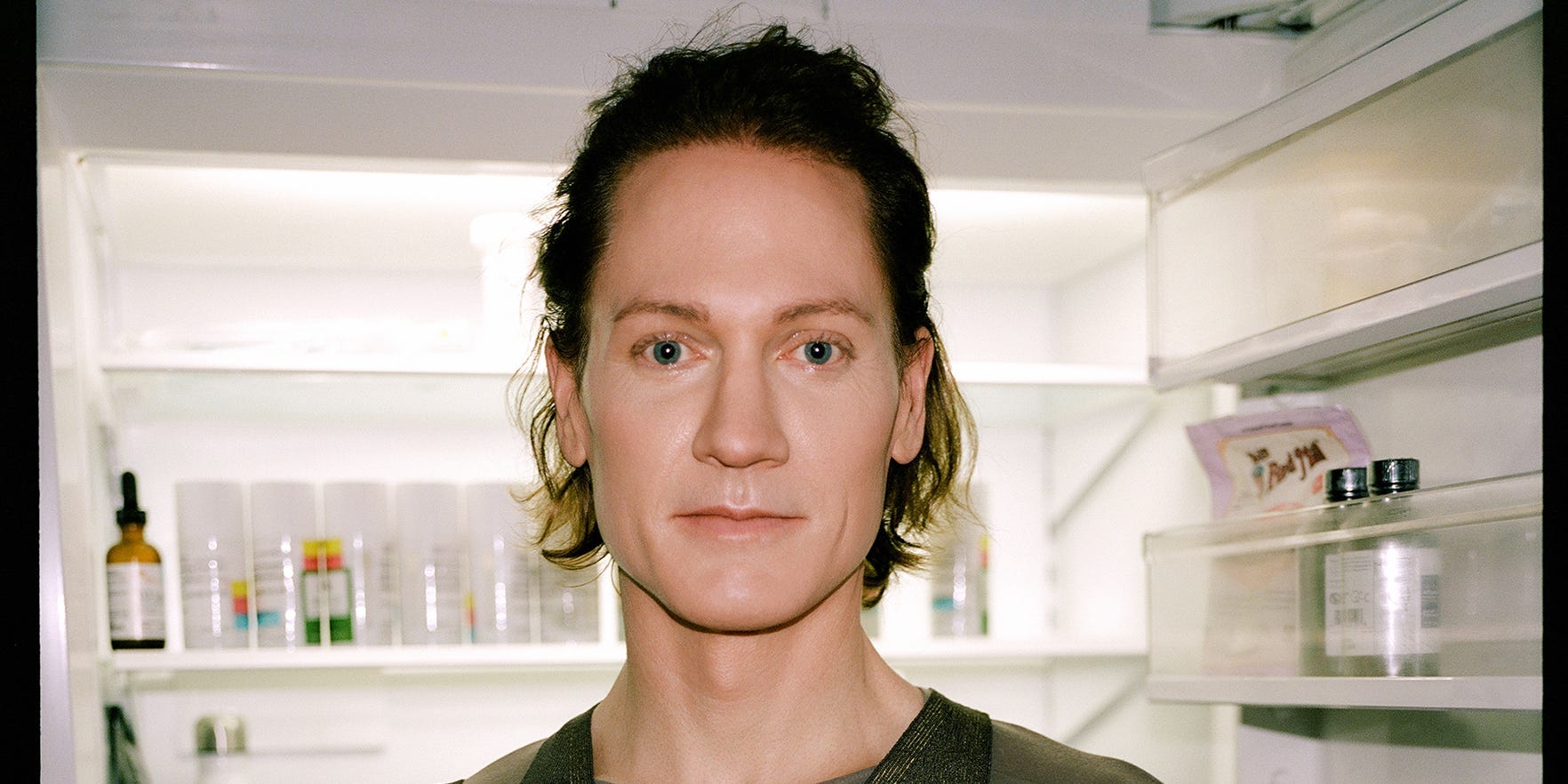 Bryan Johnson, a 45-year-old biotech founder, hopes to rewind the clock of his body a few decades through a program he started, called Project Blueprint.

Bryan Johnson is 45 years old but, according to a new report, his test results show he has the heart of a 37-year-old and the lungs of a young adult.

Johnson is a biotech entrepreneur who hopes to game nature’s course of aging and have the organs and health of an 18-year-old by going through an intense data-driven experimental program he’s called Project Blueprint.

According to a recent Bloomberg profile of the CEO, Johnson could spend up to $2 million on his body this year and there are early glimpses that show he may be on track to unlocking the secret to age reversal.

Test results from doctors suggest that Johnson has the heart of a 37-year-old, the skin of a 28-year-old, and the lung capacity of an 18-year-old, Bloomberg’s Ashlee Vance reported.

The program is led by Oliver Zolman, a 29-year-old physician who calls himself the “rejuvenation doctor,” and is supported by a team of more than 30 health experts, according to the report.

While it’s still in its experimental stage and is constantly being tweaked, the health program consists of an intense daily regimen of carefully curated supplements, meals, exercise, and a slew of bodily tests.

Johnson’s 5 a.m.-mornings for example start with two dozen supplements for all kinds of purported health benefits: lycopene, metformin, turmeric, zinc, and, for brain health, a small dose of lithium, among others.

His meals, a mix of solid and soft foods, are vegan and restricted to 1,977 calories a day. He exercises daily, with three high-intensity workouts a week, and goes through blood tests, MRIs, and colonoscopies each month, Bloomberg reported.

“What I do may sound extreme, but I’m trying to prove that self-harm and decay are not inevitable,” Johnson told the outlet.

All of his efforts in 2021 have amounted to what Johnson claims to be a world record epigenetic age reversal of 5.1 years.

In certain aspects of his health, he’s shown even younger signs of age. Doctors say he has the gum inflammation of a 17-year-old, and a device that tracks Johnson’s rate of nighttime erections is like that of a teenager’s, Bloomberg reported.

Johnson also hopes to encourage others to follow his data- and medical-driven program by turning his relentless pursuit of youthfulness into a competition.

Recently, he started a website called Rejuventaiton Olympics, which displays an “epigenetic leaderboard,” ranking the 1,750 people in the world who are fighting against Father Time.