BRASILIA (Reuters) -Brazil’s federal police on Friday raided the house of the suspended governor of Brasilia, Ibaneis Rocha, who is under investigation for failing to prevent the storming of government buildings by supporters of far-right former President Jair Bolsonaro. 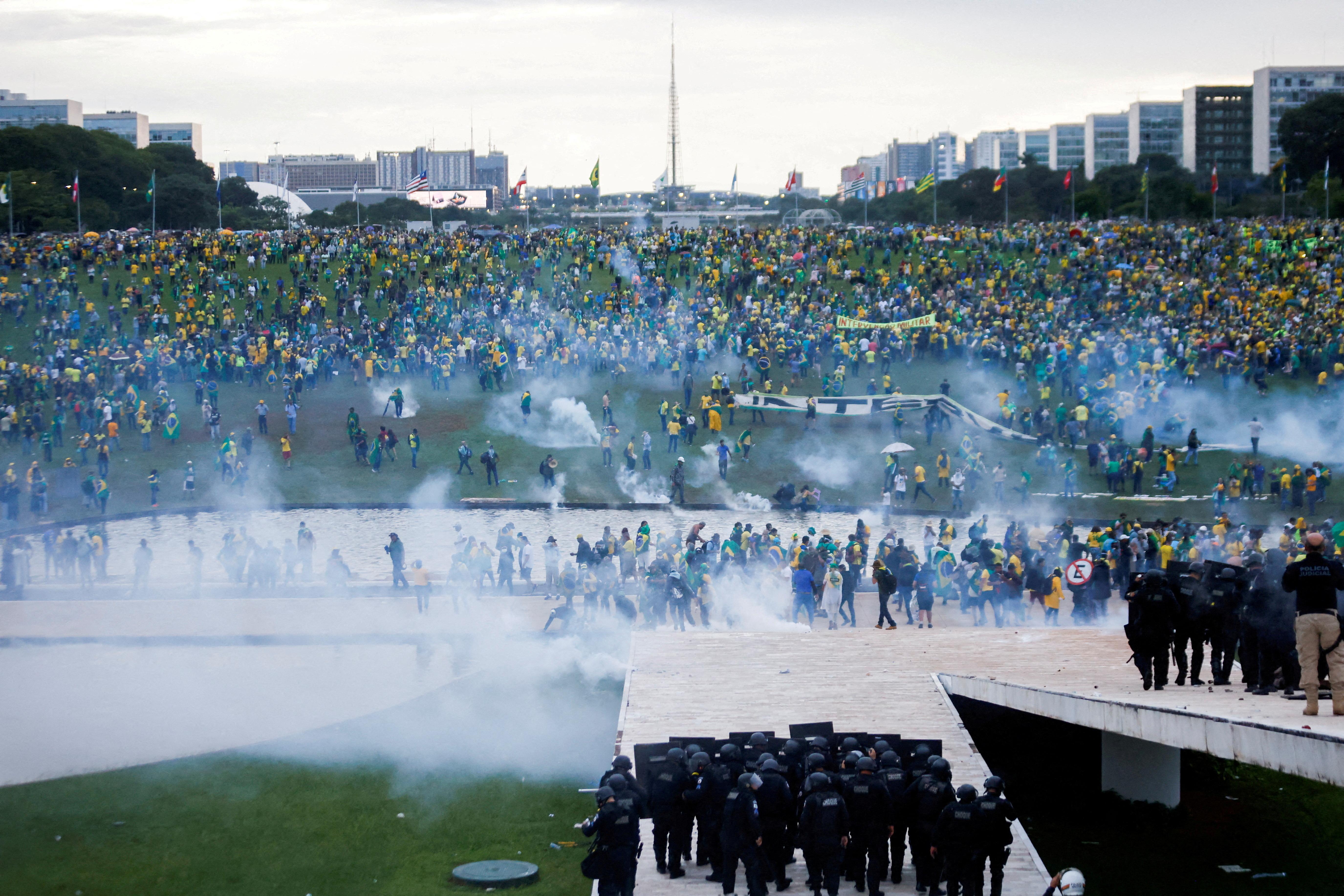 Rocha was removed from office for 90 days by Supreme Court Justice Alexandre de Moraes on Jan. 8 hours after the invasion of the Congress, presidential place and Supreme court by a mob that ransacked the buildings. It was the worst attack on state institutions since Brazil’s return to democracy in the 1980s.

“The goal is to seek evidence to support the inquiry into the conduct of public authorities who might have failed in their obligation to prevent the violent acts that day in Brasilia,” the federal police said in a statement.

Rocha was not on site during the raid, which was followed by lawyers from his defense team.

“We are absolutely calm, there is nothing to hide. This raid it is unnecessary and fruitless,” his lawyer Cleber Lopes said, adding that the governor had no connection to the violence.

The operation drew criticism from lawyers, as Rocha was head of the Brazilian Bar Association before he became governor. They said the could break the confidentiality of his clients.

“This is not a political issue, but one of respect for the rights of lawyers, and of those who need to resort to the practice of law,” said Antonio Carlos de Almeida Castro, a lawyer from Lula’s Workers Party.

Earlier, the federal police also carried out raids aimed at “identifying people who participated in, funded or fostered” the protests. It included 24 warrants covering five states and the capital Brasilia, it said in a statement.

Police did not disclose the names of those who were targeted by the operation but said they were being investigated for the crimes of “violent abolition of the rule of law, coup d’état, qualified damage, criminal association, incitement, destruction and deterioration of specially protected property”. The warrants were ordered by the Supreme Court.

Following news of the operations, Justice Minister Flavio Dino praised police investigations into what he called “crimes against our country by coup-mongers and their allies”.

Lula narrowly defeated Bolsonaro in an October election. The Brasilia demonstrators were protesting Bolsonaro’s loss and calling for a military coup to oust Lula and restore the far-right leader.