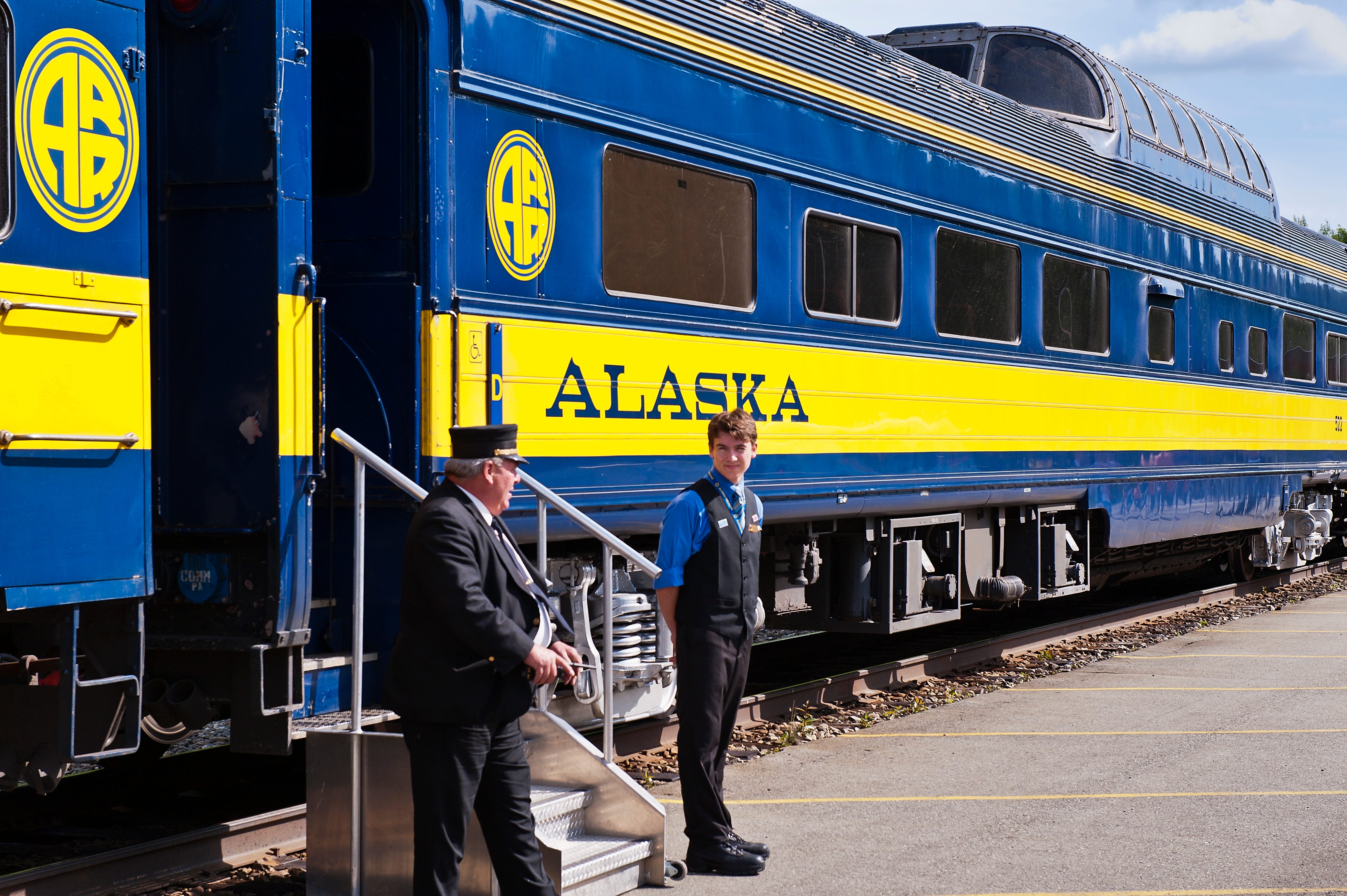 Conductor and clerk welcome passengers aboard an Alaska Railroad train.

Known as the “backbone of the Last Frontier,” the Alaska Railroad rolls its way from the coastal communities of Southern Alaska, 470 miles into the state’s wilderness. This year, it’s turning 100 years old. An Alaska Railroad train in spring.

The railroad has been around longer than Alaska has been a state. President Warren G. Harding celebrated the completion of the Alaska Railroad’s main track in July of 1923, driving a “golden spike” in the ground at Nenana. 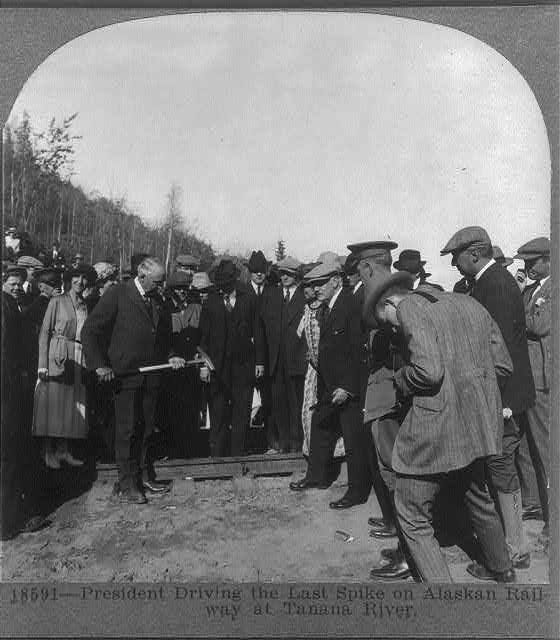 Today, the route carries both freight and passengers, being one of the few mixed trains in the US.

Conductor and clerk welcome passengers aboard an Alaska Railroad train.

A ride in “Adventure class” during high season costs up to $199 from Seward, where the railroad begins, to Anchorage. Going north from there will run you another $269 for 12 hours of travel. 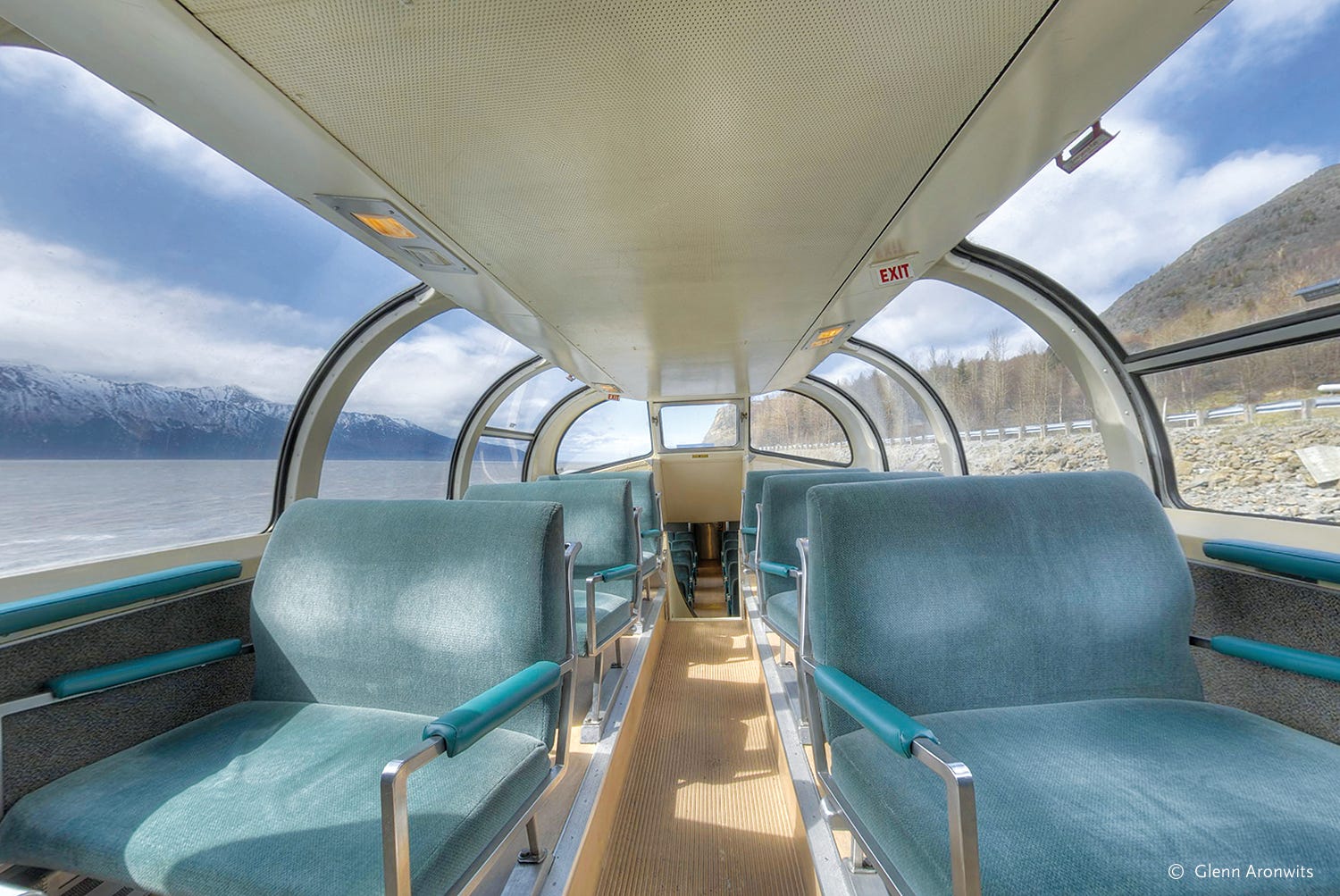 For a more luxurious experience, passengers can upgrade to the “Goldstar service,” which comes with an upper-deck seat under a glass dome ceiling and meals in the dining car. These tickets run $489 from Anchorage to Fairbanks, including three meals, from May to September. 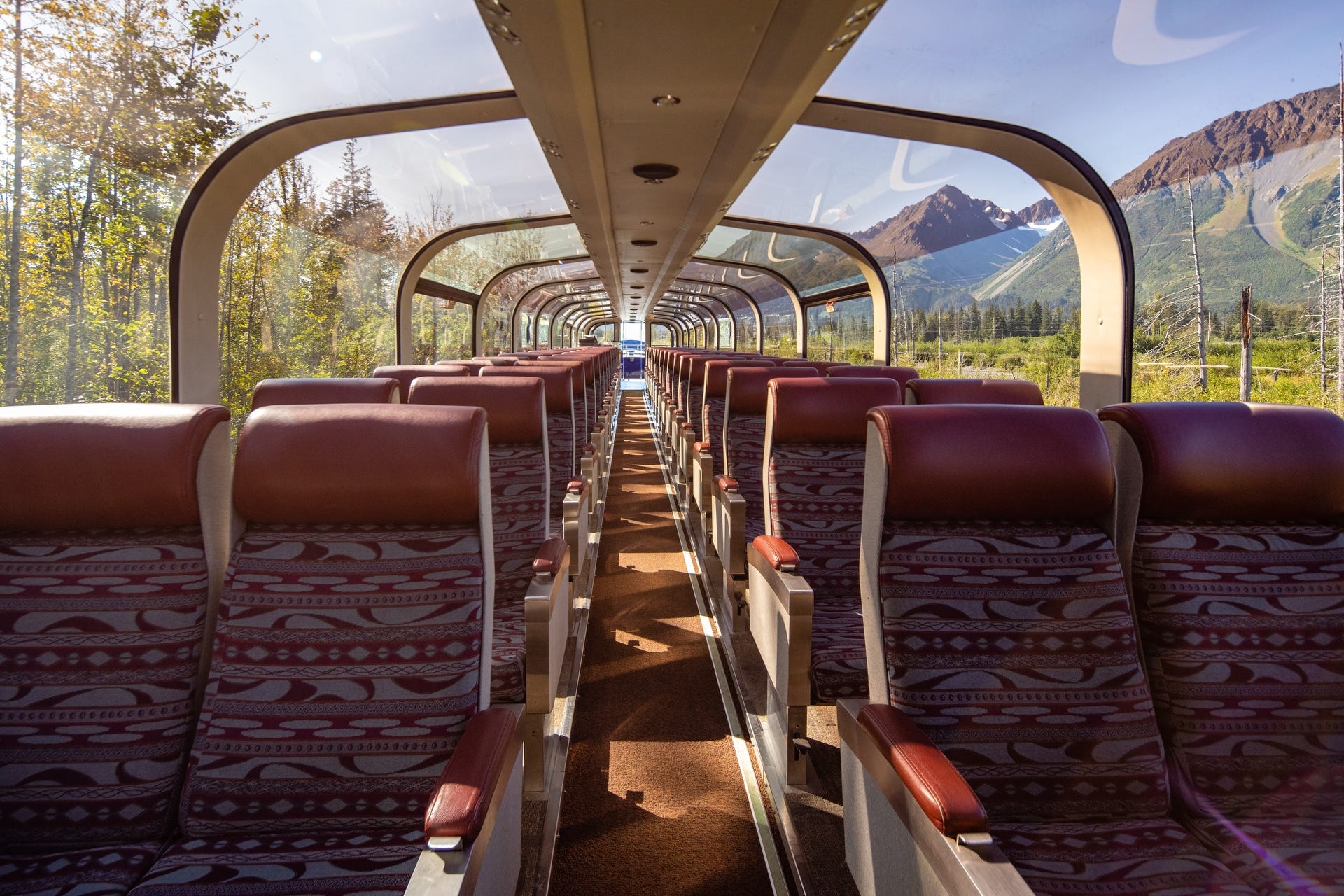 Among the breathtaking views is Denali, North America’s tallest peak at 20,310 feet above sea level. 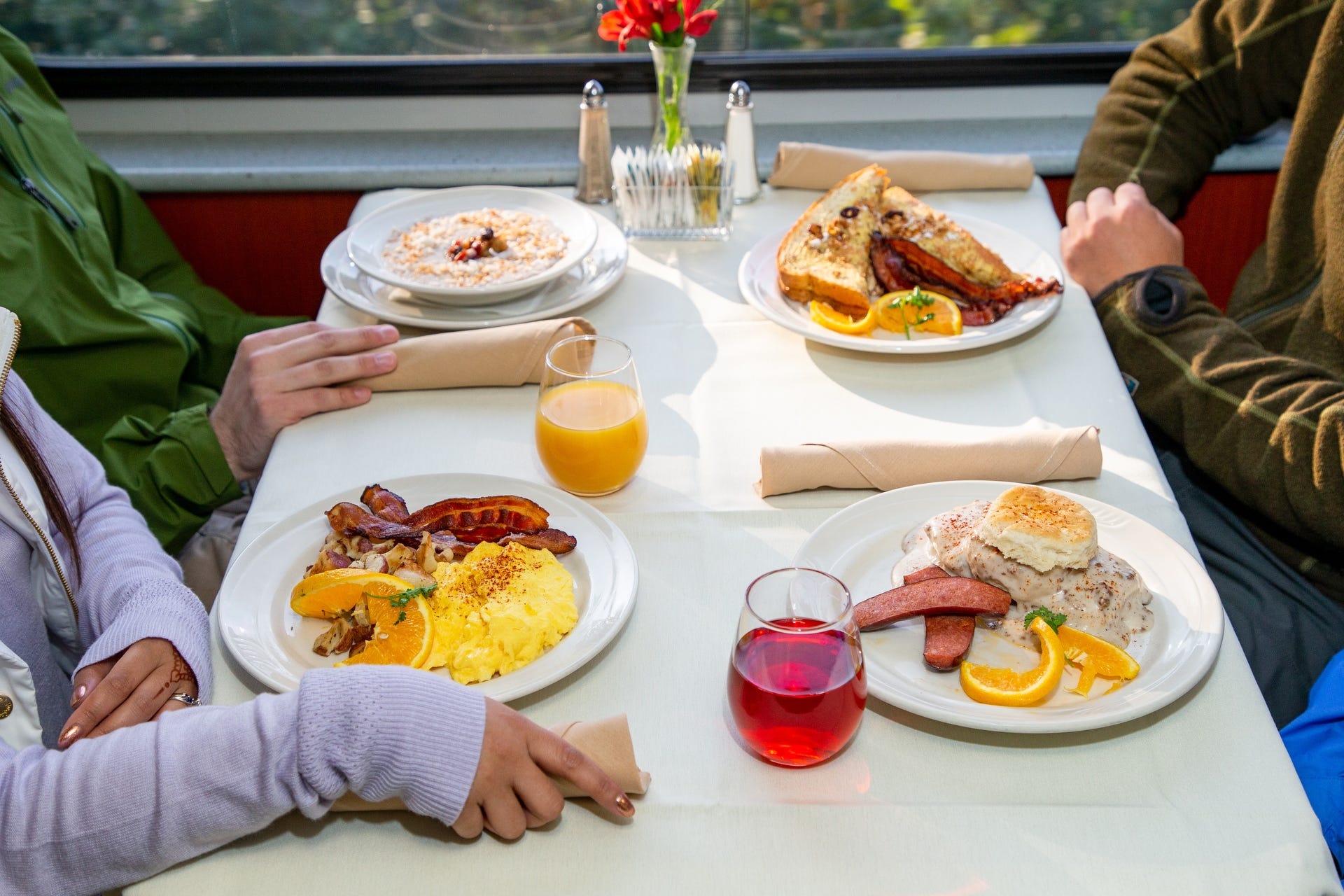 Speaking of elks and moose, the animals are a common sight from the trains’ passengers’ windows and in between the tracks. To keep them off the tracks, Alaska Railroad uses a pilot car in front of the train. Employees also shoot shotgun shells to scare them away. In the winter, only two lines run: The Hurricane Turn, from Anchorage to Hurricane, and the Aurora, from Anchorage to Fairbanks. Those trains operate with flagstop service, in which passengers can wave the train down to stop from almost any spot along the tracks and hop on, allowing people to reach otherwise inaccessible areas. Heavy snowfall can make crossing Alaska during winter quite a feat, even for trains. In January, an avalanche caused the derailment of two locomotives of a freight train. It took more than two days for the railroad’s workers to get the track back in business. 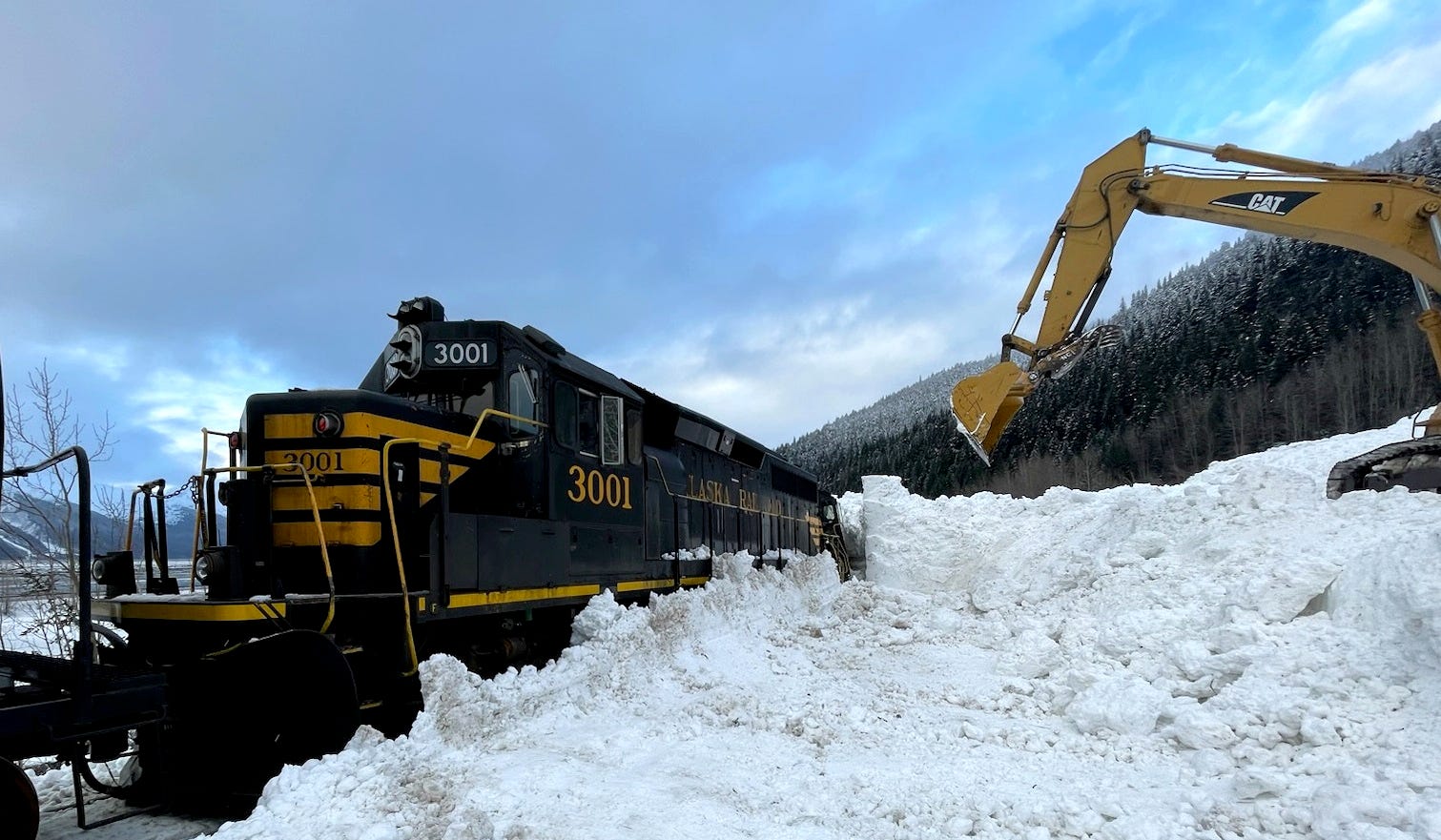 An avalanche clean-up on the Alaska Railroad’s track.

Rotary snow plows, which kind of look like the sandworms in director Denis Villeneuve’s adaptation of Dune, are among the many ways the Alaska Railroads fights its way through heavy snowfall. Plows like these have been used since the 1890s. Alaska’s economic development is closely tied to railroads. Anchorage, its largest city, got its start in 1914 as the railroad’s headquarters, which is still housed there. Alaska Railroad’s trains travel all the way north to Fairbanks, which is considered the northernmost passenger train station in North America. 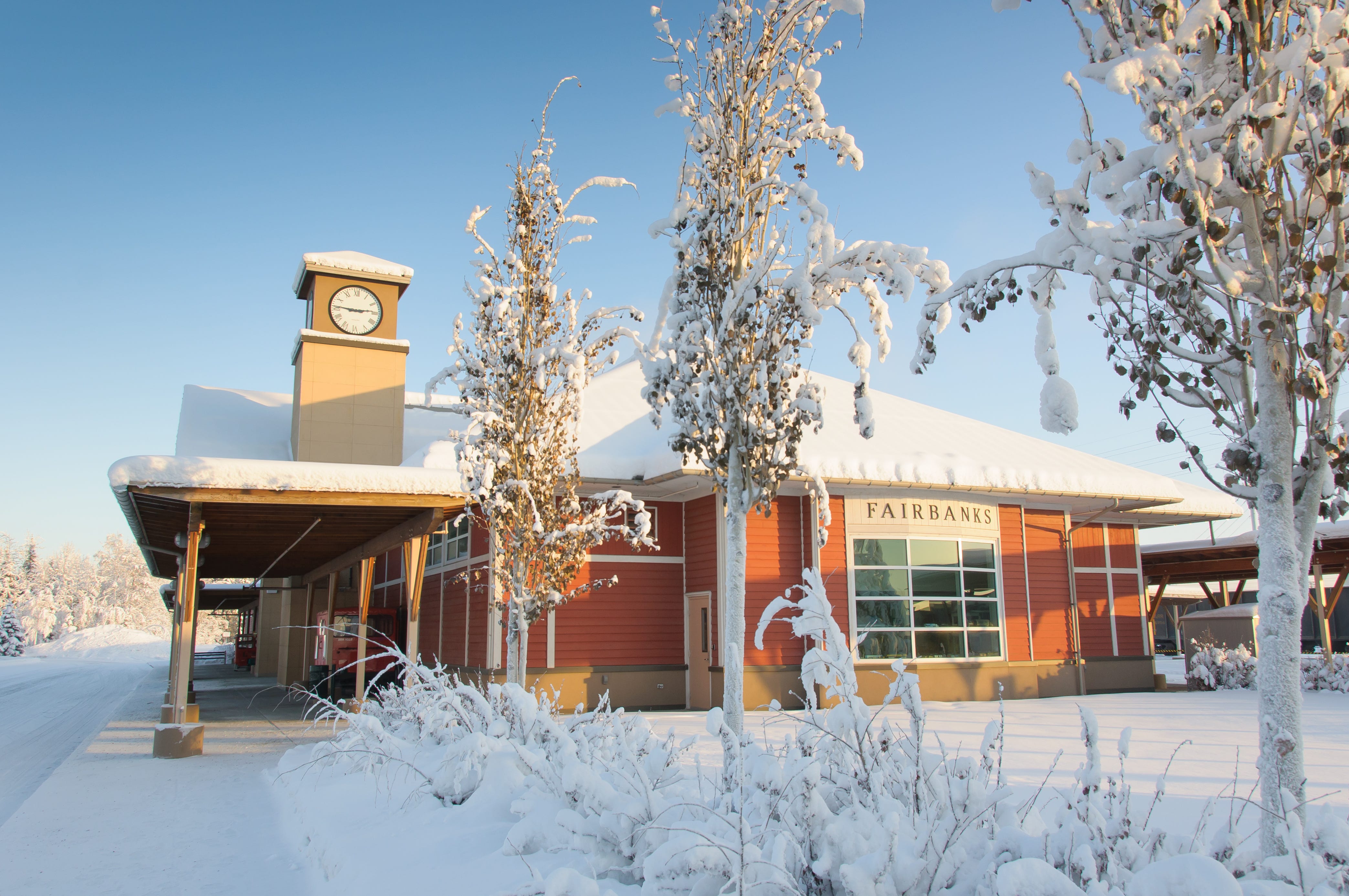 To get to Denali National Park, trains cross a scenic bridge spanning Hurricane Gulch. It was built using more than 100,000 rivets, is 915 feet long, and 296 feet high. 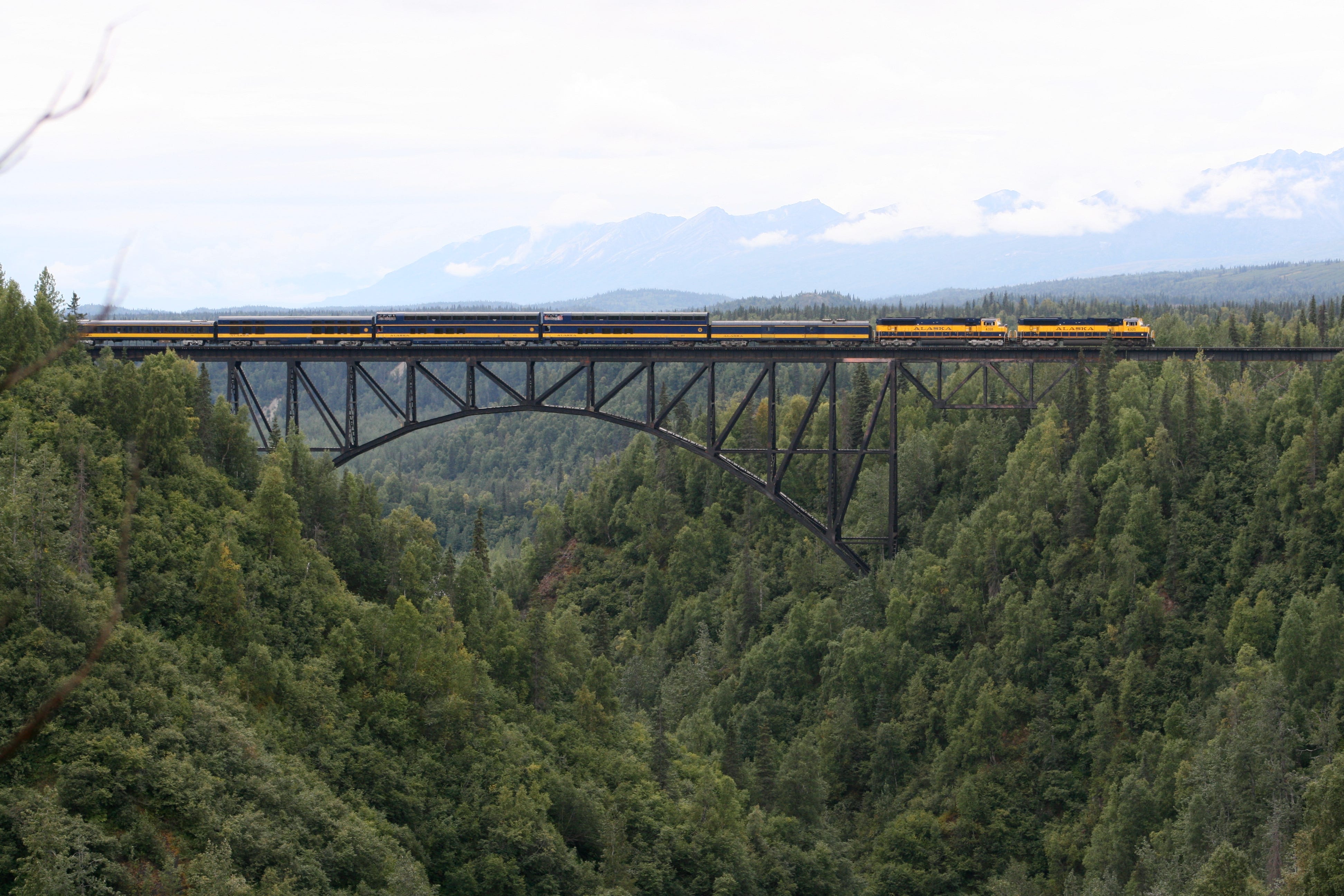 Thanks to their awe-inducing views — of 3,000-foot mountains towering over the ocean, wildlife, and backcountry wilderness — Alaska Railroad’s trains are regularly included among the most beautiful train rides in America, alongside Amtrak’s Coast Starlight from Seattle to Los Angeles and the Grand Canyon Railway. 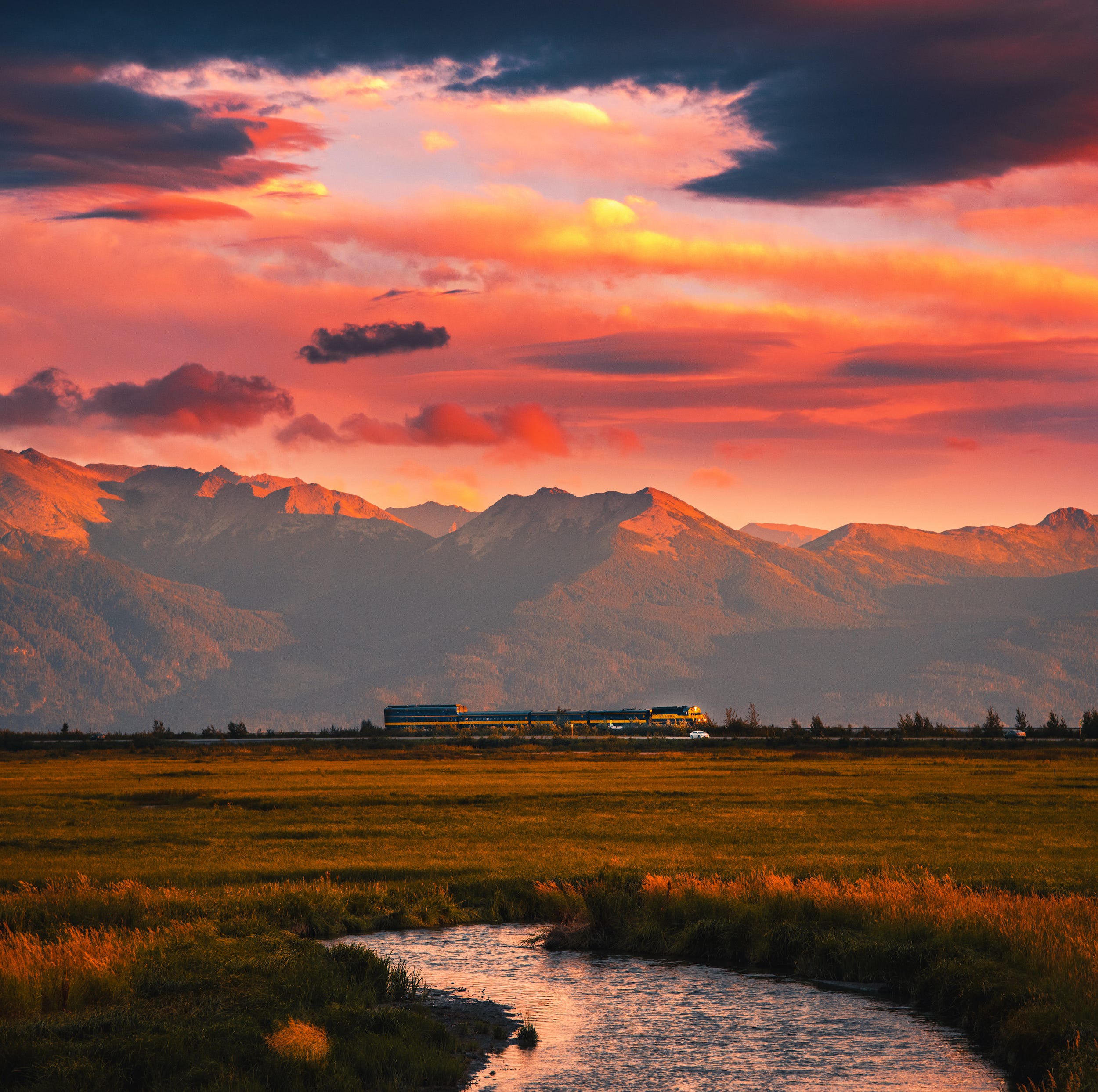