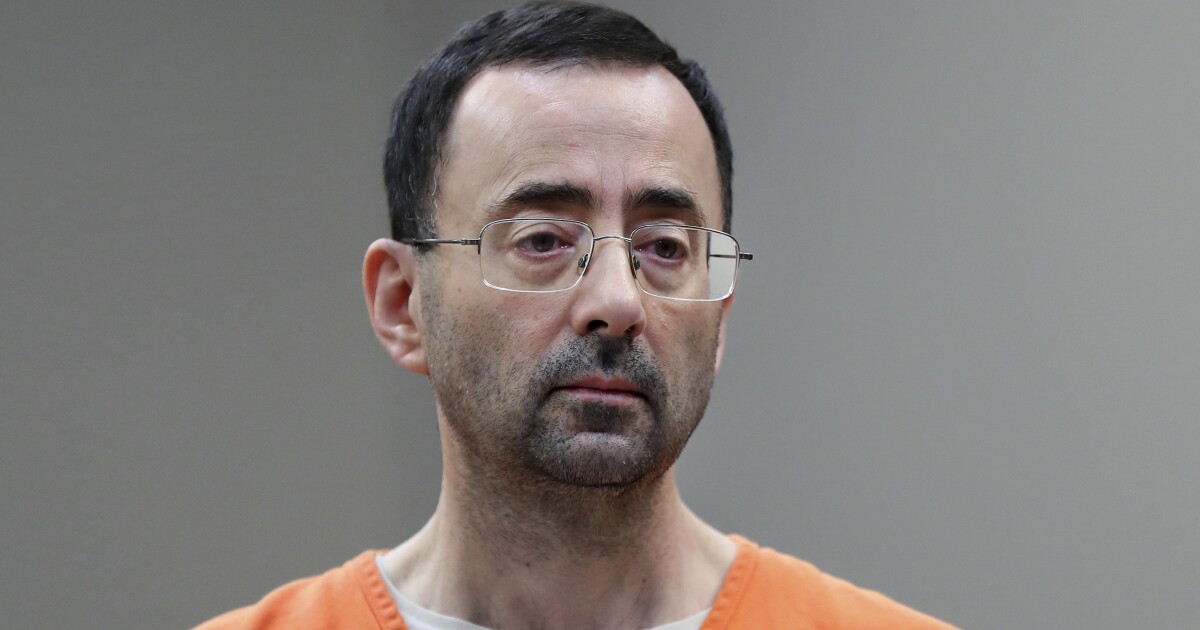 (WXYZ) — Dozens of sexual abuse survivors at the hands of former U.S Gymnastics team doctor Larry Nassar have filed a Collective Administrative Claim against the FBI for its alleged mishandling of credible complaints of sexual assaults by Nassar in July 2015.

More than 90 young women and girls are a part of the claim, including Olympic medalists and Team USA gymnasts Simone Biles, Aly Raisman, McKayla Maroney, and Maggie Nichols. Former University of Michigan gymnast Samantha Roy is also part of the group, as is Kaylee Lorincz.

The women claim that the FBI failed to protect young women from Nassar’s abuse despite having the information and authority to do so.

They are seeking more than $1 billion from the FBI over the mishandling of the investigation.

Under federal law, a government agency has six months to respond to the tort claim. Depending on how the bureau responds, lawsuits could follow. In May, the Justice Department said that it would not pursue criminal charges against former agents who failed to quickly open an investigation.

Last month, 13 Nassar survivors filed a lawsuit against the FBI seeking $10 million each, claiming a bungled investigation by federal agents led to more abuse by the sports doctor.

Nichols, who was the first victim to speak out against Nassar in 2015, says the FBI instead worked to hide the abuse.

“The FBI knew that Larry Nassar was a danger to children when his abuse of me was first reported in September of 2015. For 421 days they worked with USA Gymnastics and USOPC to hide this information from the public and allowed Nassar to continue molesting young women and girls. It is time for the FBI to be held accountable,” Nichols said.

“People at the FBI had their own chance to stop this monster back in 2015 and failed,” FBI Director Christopher Wray said to Congress.

As a result, Nassar continued his predatory behavior, sexually assaulting approximately 90 young women and children between July 28, 2015, and September 12, 2016.

“My fellow survivors and I were betrayed by every institution that was supposed to protect us. The US Olympic Committee, USA Gymnastics, the FBI, and now the Department of Justice. I had some hope that they would keep their word and hold the FBI accountable after we poured out our hearts to the US Senate Judiciary Committee and begged for justice. It is clear that the only path to justice and healing is through the legal process,” Olympic Gold Medal gymnast McKayla Maroney said.