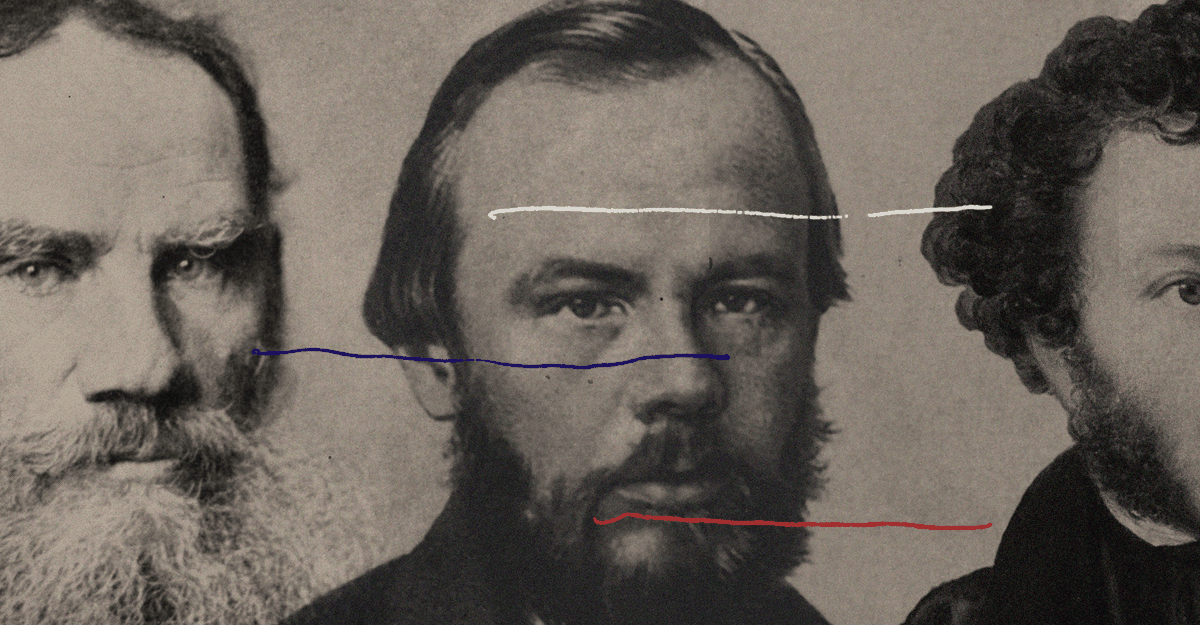 I understand why people hate all things Russian right now. But our literature did not put Putin in power or cause this war. 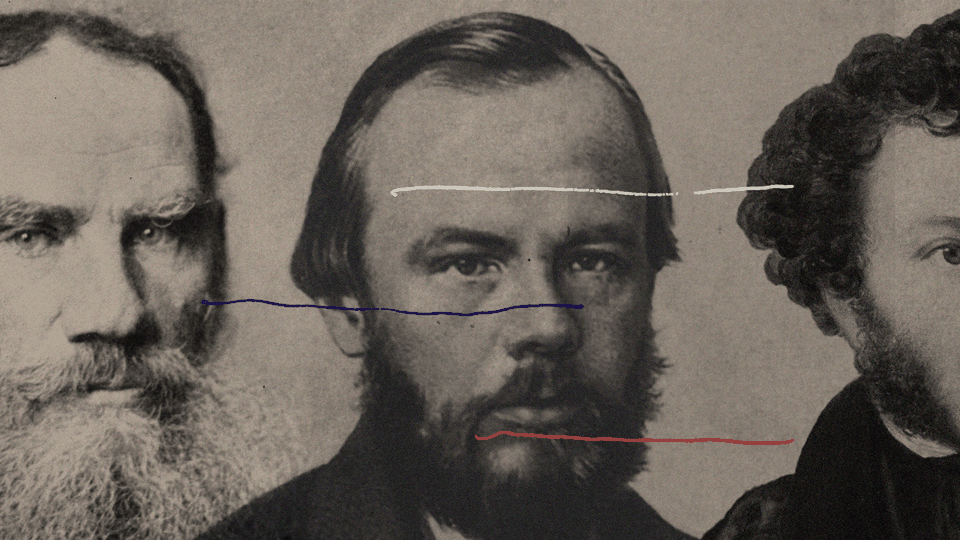 About the author: Mikhail Shishkin is a Russian-Swiss writer and the author of more than a dozen books, of which the novels Maidenhair and The Light and the Dark and the short-story collection Calligraphy Lesson appear in English.

Culture, too, is a casualty of war. After Russia’s invasion of Ukraine, some Ukrainian writers called for a boycott of Russian music, films, and books. Others have all but accused Russian literature of complicity in the atrocities committed by Russian soldiers. The entire culture, they say, is imperialist, and this military aggression reveals the moral bankruptcy of Russia’s so-called civilization. The road to Bucha, they argue, runs through Russian literature.

Terrible crimes, I agree, are being committed in the name of my people, in the name of my country, in my name. I can see how this war has turned the language of Pushkin and Tolstoy into the language of war criminals and murderers. What does the world see of “Russian culture” today but bombs falling on maternity hospitals and mutilated corpses on the streets of Kyiv’s suburbs?

It hurts to be Russian right now. What can I say when I hear that a Pushkin monument is being dismantled in Ukraine? I just keep quiet and feel penitent. And hope that perhaps a Ukrainian poet will speak up for Pushkin.

The Putin regime has dealt Russian culture a crushing blow, just as the Russian state has done to its artists, musicians, and writers so many times before. People in the arts are forced to sing patriotic songs or emigrate. The regime has in effect “canceled” culture in my country. Recently a young protester faced arrest for holding a placard that bore a quote from Tolstoy.

Russian culture has always had reason to fear the Russian state. In the saying commonly attributed to the great 19th-century thinker and writer Alexander Herzen, who was sent into internal exile for his anti-czarist sentiments—and reading “forbidden books,” as he put it—“The state in Russia has set itself up like an occupying army.” The Russian system of political power has remained unchanged and unchanging down the centuries—a pyramid of slaves worshipping the supreme khan. That’s how it was during the Golden Horde, that’s how it was in Stalin’s time, that’s how it is today under Vladimir Putin.

The world is surprised at the quiescence of the Russian people, the lack of opposition to the war. But this has been their survival strategy for generations—as the last line of Pushkin’s Boris Godunov puts it, “The people are silent.” Silence is safer. Whoever is in power is always right, and you have to obey whatever order comes. And whoever disagrees ends up in jail or worse. And as Russians know only too well from bitter historical experience, never say, This is the worst. As the popular adage has it: “One should not wish death on a bad czar.” For who knows what the next one will be like?

Only words can undo this silence. This is why poetry was always more than poetry in Russia. Former Soviet prisoners are said to have attested that Russian classics saved their lives in the labor camps when they retold the novels of Turgenev, Tolstoy, and Dostoyevsky to other inmates. Russian literature could not prevent the Gulags, but it did help prisoners survive them.

The Russian state has no use for Russian culture unless it can be made to serve the state. Soviet power wanted to give itself an air of humanity and righteousness, so it built monuments to Russian writers. “Pushkin, our be-all and end-all!” rang out from stages in 1937, during the Great Purge, when even the executioners trembled with fear. The regime needs culture as a human mask—or as combat camouflage. That’s why Stalin needed Dmitri Shostakovich and Putin needs Valery Gergiev.

When the critics say Russian culture is imperialist, they are thinking of Russia’s colonial wars, and they mean that its artists justified the state’s expansionist aims. But what they do not account for is Russia’s internal imperialism: Before anything else, it was a slave empire where the Russian people were forced to endure and suffer the most. The Russian empire exists not for Russia’s people but for itself. The Russian state’s only purpose is to stay in power, and the state has been hammering the Russkiy mir (“Russian world”) view into people’s brains for centuries: the holy fatherland as an island surrounded by an ocean of enemies, which only the czar in the Kremlin can save by ruling its people and preserving order with an iron hand.

For Russia’s small educated class, the eternal questions—the “cursed questions,” as the 19th-century intelligentsiya knew them—were those framed by two great novels of the period: Herzen’s Who Is to Blame? and Nikolai Chernyshevsky’s What Is to Be Done? But for millions of illiterate peasants, the only question that mattered was, “Is the czar a real one or an impostor?” If the czar was true, then all was well with the world. But if the czar proved false, then Russia must have another, true one. In the minds of the people, only victories over Russia’s enemies could resolve whether the czar was real and true.

Nicholas II was defeated by Japan in 1905 and in the First World War. A false czar, he lost all popularity. Stalin led his people to victory in the Great Patriotic War (World War II), so he was a real czar—and is revered by many Russians to this day. Mikhail Gorbachev, the last Soviet leader, lost the war in Afghanistan and the Cold War against the West, and he is still despised.

Through his triumph in 2014, easily annexing Crimea, Putin achieved the popular legitimacy of a true czar. But he may lose all that if he cannot win this war against Ukraine. Then another will come forward—first to exorcise the false Putin and then to prove his legitimacy through victory over Russia’s enemies.

Slaves give birth to a dictatorship and a dictatorship gives birth to slaves. There is only one way out of this vicious circle, and that is through culture. Literature is an antidote to the poison of the Russian imperialist way of thinking. The civilizational gap that still exists in Russia between the humanist tradition of the intelligentsiya and a Russian population stuck in a mentality from the Middle Ages can be bridged only by culture—and the regime today will do everything it can to prevent that.

The road to the Bucha massacre leads not through Russian literature, but through its suppression—the denunciations or book bans against Fyodor Dostoyevsky and Mikhail Bulgakov, Vladimir Nabokov and Joseph Brodsky, Anna Akhmatova and Andrei Platonov; the executions of Nikolai Gumilev, Isaac Babel, and Perez Markish; the driving of Marina Tsvetaeva to suicide; the persecution of Osip Mandelstam and Daniil Kharms; the hounding of Boris Pasternak and Aleksandr Solzhenitsyn. The history of Russian culture is one of desperate resistance, despite crushing defeats, against a criminal state power.

Russian literature owes the world another great novel. I sometimes imagine a young man who is now in a trench and has no idea that he is a writer, but who asks himself: “What am I doing here? Why has my government lied to me and betrayed me? Why should we kill and die here? Why are we, Russians, fascists and murderers?”

That is the task of Russian literature, to keep asking those eternal, cursed questions: “Who is to blame?” and “What is to be done?”