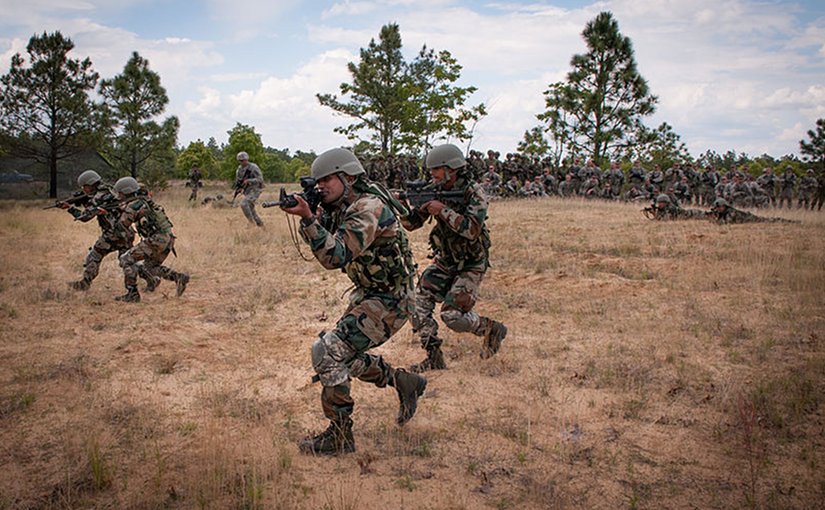 Official data on each of India’s internal conflict theatres for the past successive years have continued to portray progress towards peace and stability. Guns are falling silent across conflict theatres and the death count has reduced drastically. Government reach is expanding into hitherto no-go areas. Gun-toting insurgents/militants are mostly fighting battles of survival. India today is probably witnessing the last phase of armed insurrections. A decadal review of India’s campaign to bring stability to its three prominent conflict theatres—Jammu & Kashmir (J&K), the Northeast (NE), and the left-wing extremism (LWE) affected states—do portray an array of achievements. Yet, several challenges remain, which must be overcome for the country to have durable peace.

The following five trends sum up this decade’s violent extremist campaigns and official efforts to counter them, although these certainly don’t exhaust the entire debate on the subject.

Efforts to end conflicts in each of these prominent theatres have been radically different from one another. Whereas the Indian Army is the preferred choice against militants in J&K and the NE, owing to the indigenous nature of the LWE, which operates without any external assistance, police and the central armed police forces are deployed. A restrained application of force that bars heavy artillery and machine guns from being used has been the hallmark of counter-insurgency (COIN) campaigns. Yet, each of these campaigns has been riddled with human rights abuses, with the forces operating with a sense of impunity. The Armed Forces (Special Powers) Act, operational in J&K and some NE states, which enables security forces to summarily arrest and even kill suspected militants, has been identified as a primary problem by activists. At the operational level, however, a lack of ground-level intelligence, disconnect with the local population, and the haphazard nature of force deployment, remain problematic.

Whether any COIN operation can ever be a perfect war without any collateral damage is a continuing debate. At the same time, however, due diligence of critical COIN elements such as leadership and the training and quality of personnel can lead to significant improvements in the way forces approach their duties. Several corrective measures have been taken by the government, which has resulted in a significant reduction in the number of staged encounters and incidents of torture, etc. Still, from time to time, the discovery of a unmarked grave (J&K), or the killing of a villager termed as an “extremist” (LWE-affected states), or extra-judicial killings of civilians and militants (Manipur), produce narratives of an abdication of authority.

There is perceptibly less violence in India’s conflict theatres today. Militancy-related incidents have significantly reduced as compared to 2011. In the words of the J&K Police, much of it is due to successful counter-terrorist (CT) operations that have eliminated the top militants of various outfits. In the NE as well as with regard to LWE, the capacity of extremists to orchestrate violence stands drastically reduced. According to the South Asia Terrorism Portal (SATP), incidents of killing in the entire country have reduced from 555 in 2011 to 297 in 2020. The reduction is even more pronounced when compared to the previous decade (2001-2010), during which the average yearly incidents of killing was 1671. Between 2011 and 2020, it is barely 453.

An absence of violence, however, hasn’t resulted in peace. While the government has managed to conclude a number of peace agreements with insurgency movements in the NE, there isn’t a single peace-making effort worth its name either in the J&K or LWE theatres. The peace process on NE’s oldest insurgency—with the National Socialist Council of Nagaland-Isak-Muivah (NSCN-IM)—is still inconclusive despite several official promises and efforts. While the group remains adamant on its demand for a separate constitution and a flag, the government’s veiled threat that it will go ahead with a peace process by excluding the NSCN-IM has not worked. As a result, in each of these conflict theatres, islands of tranquillity coexist disharmoniously with pockets of resistance and instability. And more often than not, instability from those pockets spill over into areas that are considered to have stabilised.

According to official estimates, barely 250 active militants are operative in J&K; another 3-4,000 (including those belonging to the NSCN-IM) in the NE states; and there are less than 1,000 in the LWE-affected states. Experts often term this as residual militancy/extremism because of their inability to pose a major threat to India’s national security. The truism in this assertion is incontestable. A major achievement of security force operations over the past decade is that extremism and insurgency are fuelled today by a mix of dissent and sedulous fidelity to waging a fight against the state, rather than any conviction of vanquishing the over-imposing state.

At the same time, however, the state has continued to find residual and dispersed extremism a more challenging phenomenon to deal with than a full-fledged armed insurrection. The cadre strength of existing armed groups has remained more or less the same for the past few years, nullifying the steady attrition imposed by COIN/CT operations. Violent extremism is proving to be a complex challenge to be solved by security force operations alone.

One of the prominent trends in India’s internal conflicts over the past decade is their transformed nature: from being externally assisted to locally sourced and managed. While LWE has been an indigenous movement throughout its existence, external support even to armed groups in J&K and NE are on the wane. The number of Pakistani militants in J&K has decreased over the past few years. Local groups like the Hizb-ul Mujahideen (HM) have gained ascendency over the Pakistan-based Lashkar-e-Taiba (LeT) and Jaish-e-Mohammad (JeM). Today, even among the LeT and JeM militants active in J&K, there are more local Kashmiri youth than those from Pakistan. Officials blame this on Pakistan’s strategy to portray the Kashmiri militancy as an internally-fuelled armed insurrection and not so much an externally-assisted one. However, available data does indicate a growing desire among local youth to be a part of ongoing militancy movements. While 257 locals joined the militancy between 2011 and 2016, 631 locals have joined various groups over the past four years (2017-2020).

According to SATP, 4,332 terrorists, extremists, and insurgents were killed in India in various security force operations between 2011 and 2020. Further, a large number have either been arrested or have surrendered. Concerted official efforts have prevented global jihadism—al Qaeda in the Indian Subcontinent (AQIS) and the Islamic State (IS)—from finding a foothold in Kashmir and elsewhere. The neutralisation of prominent militants/extremists—Burhan Wani and Zakir Musa (J&K), Drishti Rajkhowa (Assam), and scores of others in the LWE-affected states—have limited the extremists’ violence potential and curbed the romanticism that feeds extremism.

And yet, 2010-2020 will also go down as a decade of undelivered promises. The central government’s  August 2019 decision to alter the status of J&K is yet to produce much impact on its security scene. In spite of its surgical strikes and intense diplomatic efforts, New Delhi has not succeeded in making Pakistan give up its sponsorship of Kashmiri militancy. The much hyped expectation of the surrenders of Ganapathy, former general secretary of the Communist Party of India-Maoist (CPI-Maoist), or Paresh Baruah, the chief of the United Liberation Front of Asom, (ULFA) have not materialised. In 90 districts across India, over 100 battalions of security forces are still battling the LWE. In the NE, groups like the ULFA, NSCN-IM, and many other peripheral outfits continue to remain attached to the objective of ‘freedom’ and a recognition of their rights.

The government’s projected aspiration of making India a US$ 5 trillion economy by 2025 has been linked to the goal of ending all internal conflicts. It is obvious that the political leadership hopes to use concerted security force operations to further weaken extremists across theatres. While that is still achievable, the changing nature of violent extremism coupled with systemic changes may pose additional complex challenges.

The spectre of radicalisation, still in evolution, will have to be dealt with a nuanced approach. The outcome of the ongoing peace process in Afghanistan amid a reduced international footprint may inflate the capacities of existing armed groups, especially those in Kashmir. The new US administration’s Af-Pak policy may play a role in shaping the contours of violent extremism in India. And lastly, at home, the official policy towards minorities and deprived and alienated groups and regions will decide the longevity of dissent and protraction of conflicts. A lack of unity of purpose among the Centre and States continues to remain one of India’s major challenges in addressing internal security threats. Some attention to evolving a united approach will be essential for long-term stability and peace.

Source: This article was also published at IPCS