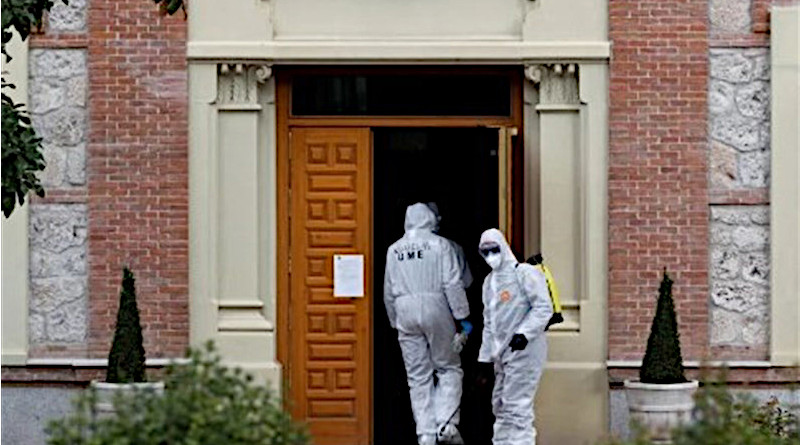 Two scientists from IP2I (CNRS/Université Claude Bernard Lyon 1), in collaboration with a researcher from the University of Southern Denmark and the University of Naples Federico II, have developed a new mathematical model inspired by high energy physics to predict the next waves of the Covid-19 pandemic.

The extension of this technique to epidemiology, referred to as the epidemic Renormalisation group,[1] and widely used in particle physics and condensed matter physics, yields a mathematical model that can characterise the evolution of the pandemic across European territories.

Their simulations, which were conducted on the basis of infection rates and travel within and between European countries from March to July 2020, suggest that a second wave will impact Europe between July 2020 and January 2021.[2]

While it is not possible to provide specific details of this second wave, or to identify when exactly the next peak of infections will take place in France, the simulations underscore the importance of human behaviour in slowing the pandemic.

According to this research, the precise moment of peak infection rates for each country can be controlled through social distancing, the control of local “clusters,” and border control measures. The study was published in Scientific Reports.

Further information: the authors modeled the temporal dynamic of a second wave in numerous European countries, and created a simulation video of when a second wave is likely to peak in each country. This animation is the result of many simulations of the second wave.

The researchers assumed that the countries included would adopt measures for the second wave similar to those for the first, and that group immunity is not yet reached.

The simulations begin on calendar week 25. The fact that some countries have already experienced a second wave beginning on August 5 is taken into consideration.

1 In physics, renormalisation consists of redefining certain constants relating to physical processes (interaction of particles and fields, critical phenomena such as phase transitions) de facto simplifying the zcalculations. In the case of Covid-19, scientists considered the temporal diffusion of the number of infected persons (individuals who recovered and those who died).

2 The data relating to cases of COVID-19 infection in Europe were taken from the site worldometer.info.

The article Europe: Modeling The Evolution Of A Second Wave Of COVID-19 appeared first on Eurasia Review.