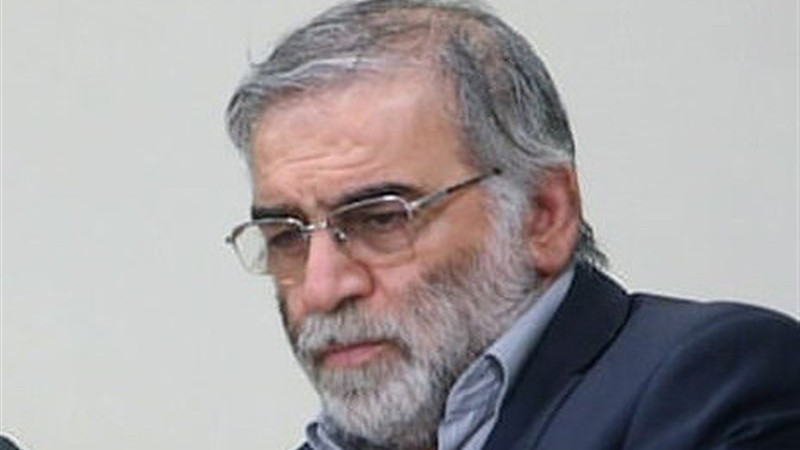 Israel and Saudi Arabia are doing everything in their power to prevent Biden from rejoining the nuclear agreement — and Biden’s team has nothing to say.

The United States and Israel have once again shown themselves to be the world’s foremost criminal organization. The assassination of Iranian scientist Mohsen Fakhrazideh is just the latest act carried out by two nations that behave like international mobsters. They aren’t content to deprive Iranians of food and medicine with crushing sanctions but they take no chance that peace may be allowed to break out in the region.

While Donald Trump’s rants about staying in office and fears of a coup created anxiety, the threats from his foreign policy actions were largely ignored. In recent weeks that lack of attention has proven to be very dangerous as his administration ramped up efforts to tie the hands of the incoming president Joe Biden in regards to Iran.

Israel and Saudi Arabia are doing everything in their power to prevent Biden from rejoining the Joint Comprehensive Plan of Action (JCPOA), commonly known as the Iran nuclear agreement. It isn’t clear if Biden is serious about resuming this Obama era U.S commitment but the Israelis and Saudis aren’t taking any chances and they are getting plenty of help from Trump.

Secretary of State Mike Pompeo met with Saudi crown prince Mohammed bin Sultan and Israeli prime minister Benjamin Netanyahu in Saudi Arabia. The meeting was confirmed by Netanyah’s leak to the press shortly thereafter. There have also been conveniently placed stories about Trump wanting to attack Iran before he leaves office.

The killing of Fakhrazideh was also an effort to kill U.S. involvement in the JCPOA by goading Iran into responding. Israel is like a gangster musing, “It would be a shame if the U.S. had to attack Iran.” The scheme is an old one. They want the U.S. to do their dirty work and a new administration provides the perfect opportunity to fulfill their modus operandi or even to stay out and let the mafia act as it pleases.

There has been no official U.S. response to the assassination. A Trump twitter post  is seemingly sufficient to confess to the crime and to alert the public to the risk of hot war involving Iran or its ally Russia, which could also involve Saudi Arabia or Israel. Nor has Joe Biden or his team said anything. Supposed progressives in Congress are silent. Democratic Senator Chris Murphy  made the typical mealy mouthed case that the U.S. isn’t safer because of the killing. He said nothing about the violation of international law and the dangers of war created by this act.

Trump and Pompeo aren’t the only villains in this story. They know that Congress will either act as cheerleaders or remain silent. Even those who ordinarily boast of progressive credentials will not risk opposing their party leadership, corporate media, or the pro-Israel lobby in the U.S.

The New York Times led the way in support of the official narrative with references to Iran’s “nuclear weapons program.” The International Atomic Energy (IAEA) long ago confirmed that Iran never had nuclear weapons capability. Of course, after Trump left the JCPOA the Iranians would have been within their rights to do just that.

Of course, Fakrazideh was not the only scientist in his country but the assassination was not intended to put an end to Iranian technological capability. The goal is to show the world that Israel can do what it wants with impunity and that Iran, the victimized country, is the one expected to be diplomatic in the face of provocation.

Israel often uses U.S. presidential transitions to accomplish this effect. In December 2008 Israel began a murderous assault on Gaza, just one month after Barack Obama was elected. The assault didn’t end until January 18, just two days before Obama’s inauguration. After 1,400 people were killed the president elect did just what his predecessors did in regard to Israel. When asked about the ongoing massacre he managed to say, “We have only one president at a time.”

There are seven more weeks to go before the January 20, 2021 inauguration and that is plenty of time for Trump and Netanyahu to make mischief. Iranian scientists, Palestinians and anyone else seen as an obstacle to Israel getting its way will be in grave danger. If Israel is willing to kill hundreds of Gazans to make a point to a new president, they are willing to do just about anything else.

The article Israel And The US Assassinate Peace – OpEd appeared first on Eurasia Review.