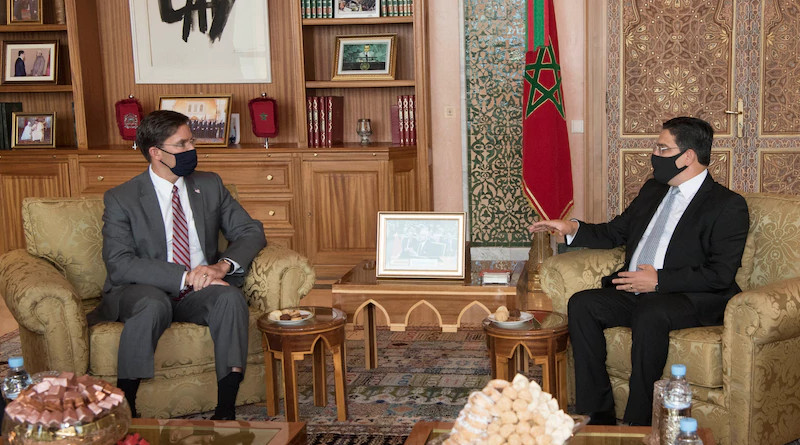 Defense Secretary Dr. Mark T. Esper’s visit to Malta and North Africa reminded countries throughout Africa that the United States has interests throughout the continent and will work assiduously with like-minded nations to encourage peace and stability.

Esper visited Malta, Tunisia, Algeria and Morocco. He was the first defense secretary since Melvin Laird in 1971 to visit Malta, the first in Tunisia since Leon Panetta in 2012, and the first in Algeria since Donald Rumsfeld in 2005.

In Tunisia and Morocco, the secretary signed “roadmap” documents with leaders to chart bilateral cooperation between the militaries. Morocco, the first nation to recognize the nascent United States in 1777, has a long history of cooperation with America. Tunisia, the site of vicious fighting between Allied and Axis forces during World War II, would like to work closely with the United States to confront the problems that surround them.

Leaders in Algeria discussed ways the United States and Tunisia could work together more effectively to address the problems of the region.

And there are problems.

“Today, our strategic competitors China and Russia continue to intimidate and coerce their neighbors while expanding their authoritarian influence worldwide, including on this continent,” Esper said during a speech in Tunisia. “At the same time, violent extremists continue to pose a threat not only to regional stability but also to our homeland. The United States’ enduring partnership with like-minded countries — including here in North Africa — is key to addressing these challenges.”

While violence in Libya has abated, there is still a civil conflict going on. The Islamic State of Iraq and Syria looked to the disrupted state to plant cells and the areas around Sirte and Derna have some remnants of the group. The fear in the region is that ISIS could reconstitute if there isn’t a political settlement in the nation.

Russia is looking to establish bases in Libya, and President Vladimir Putin has dispatched Russian units to the country.

Libya shares borders with Egypt, Tunisia, Algeria, Niger, Chad and Sudan, and they are porous. Ungoverned or “under governed” areas anywhere attract violent extremist groups and Libya could be a dangerous training area, staging ground and sanctuary.

The migrant crisis is also straining resources in these frontline states. Many of the migrants are fleeing violence in their lands, and many more are fleeing economic conditions. Hundreds of thousands of migrants have fled their lands and headed north hoping to get asylum somewhere safe.

Other groups — like Boko Haram in West Africa and al Shabaab in Somalia — try to hide among the refugees to spread their pernicious philosophies and cause violence in new lands.

The United States wants to work with nations on the continent to create the stability that allows true security to emerge. Tunisia and Morocco are committed to the rules-based international order, human rights and the rule of law. The nations want to bring the type of security that allows economic progress.

The DOD is just a part of the overall whole-of-government approach to these problems. But security makes possible the economic growth that ensures new jobs, new technologies and new opportunities for all.

Both Morocco and Tunisia signed 10-year roadmaps with Esper. The agreements look for better ways for the nations to work together to fill capability gaps and to improve interoperability with U.S. forces.

U.S. Africa Command will play a large part in this effort. U.S. forces, for example, participate in Exercise African Lion, held yearly and hosted by Morocco. The exercise brings together nations from across the region to work together and learn from each other.

This is important because the problems in the region are multinational in nature. The migrant problem comes from more than just one country. Terrorist groups do not recognize national boundaries. Intelligence must be shared among governments to do any good.

The Esper visit was one of more than 500 visits by U.S. defense personnel to the African continent in the last year, DOD officials said. All of these visits are steps along the path to greater stability and, ultimately, to peace.