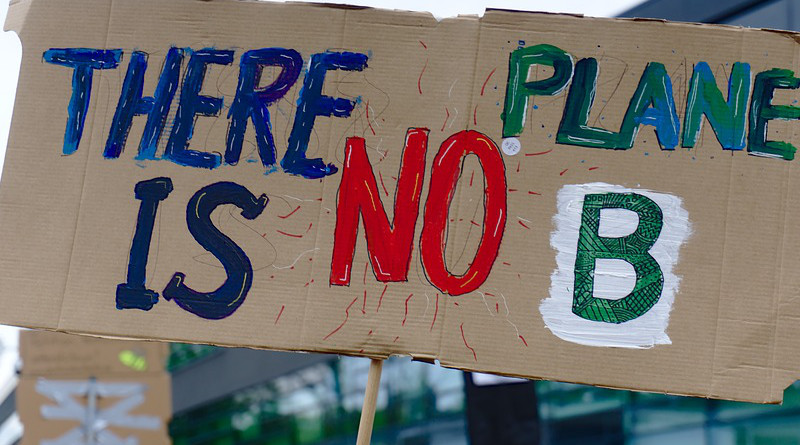 The coronavirus pandemic has pushed every other issue aside for the past six months, and for a while it even silenced young climate demonstrators, who moved their protests to the internet.

To be sure, there have been public protests since March, but they were about coronavirus measures (for and against); there were the Black Lives Matter (BML) demonstrations, a reaction to the death of George Floyd and other examples of police violence against African Americans, most recently when the officers who shot Breonna Taylor went relatively unpunished; and there were anti-BML demonstrations. Some of these protests were peaceful, some not. They were a reflection of polarized Western societies, and they all had one thing in common; they were a direct reaction to something that had happened there and then.

Climate change is different: It is not a one-time event highlighting a specific abuse. It is a bad state of affairs creeping up on us silently. A world under lockdown may have impeded the spread of the virus, but the earth has still been raging. The were floods, fires and hurricanes. Before mid-September, forest fires in California destroyed an area as large as that usually affected during the whole wildfire season. Climate change may be less immediate than the virus or societal injustice, but it is real nonetheless. In the long run it will kill more people than COVID-19 does; that may sound tasteless or macabre, but the truth often is.

Energized youth cannot be silenced for long. Last Friday students demonstrated in more than 3,500 locations worldwide, from Europe, to Asia, Africa and America, North and South. The most dramatic image was that of 18-year-old activist Mya-Rose Craig standing on an Arctic ice sheet to alert us to polar melting and rising sea levels.

There were 400 demonstrations in Germany, and 21,000 young people congregated in Berlin alone. Swedish activist Greta Thunberg, who started the movement, gathered her supporters in Stockholm.

In many places, the protest organizers prescribed masks and adhered to social distancing rules, which is more than can be said for other demonstrations since March, whatever the cause. The demonstrators were predominantly young, understandably so, since they will inherit this world and they want to live on an inhabitable planet. Their key demand was an end to burning fossil fuels by 2030, which is ambitious to say the least. Their slogan was “Not one degree more!”

It is easy to criticize young climate activists as too ambitious, but if the aims of the 2015 Paris Climate Accord are to be achieved, politicians will have to be persuaded to legislate for drastic measures.

It is easy to criticize young climate activists as too ambitious, but if the aims of the 2015 Paris Climate Accord are to be achieved, politicians will have to be persuaded to legislate for drastic measures. Paris limits the warming of the earth to 1.5°C over pre-industrial levels by the end of the century, and with current measures we are far from reaching this goal.

It is the job of the young to be audacious, just as it is the job of world leaders to put the demands into perspective. Seen through that prism, Thunberg and her supporters have achieved a lot in a little under three years.

It was a sign of the times when President Xi Jinping told the UN General Assembly that China’s carbon emissions would peak before 2030, and that it envisaged becoming carbon neutral by 2060. Xi’s plan may not have been ambitious enough, but it was a step in the right direction. Moreover, momentum is building, with China, the EU, Japan and California, and several other large US states, more or less signing from the same hymn sheet. In that sense the young demonstrators have achieved a lot.

COVID-19, however dire its effects, is a temporary distraction. We should not underestimate our young and their activism, and elected politicians in particular ignore them at their peril.

Are some of their demands extreme and unrealistic? That may be the case, but no movement ever achieved anything by being timid. We should expect the climate change agenda to become front and center again. The protest organizers may also learn from COVID-19 responses what maximum mobilization on a global scale requires.

It will be the job of their elders to put things into perspective and ensure that issues such as social justice, economic development in the Third World and post-COVID economic recovery are also taken into consideration, while trying to achieve climate change goals.

The article Why Climate Change Is Back On The Agenda – OpEd appeared first on Eurasia Review.