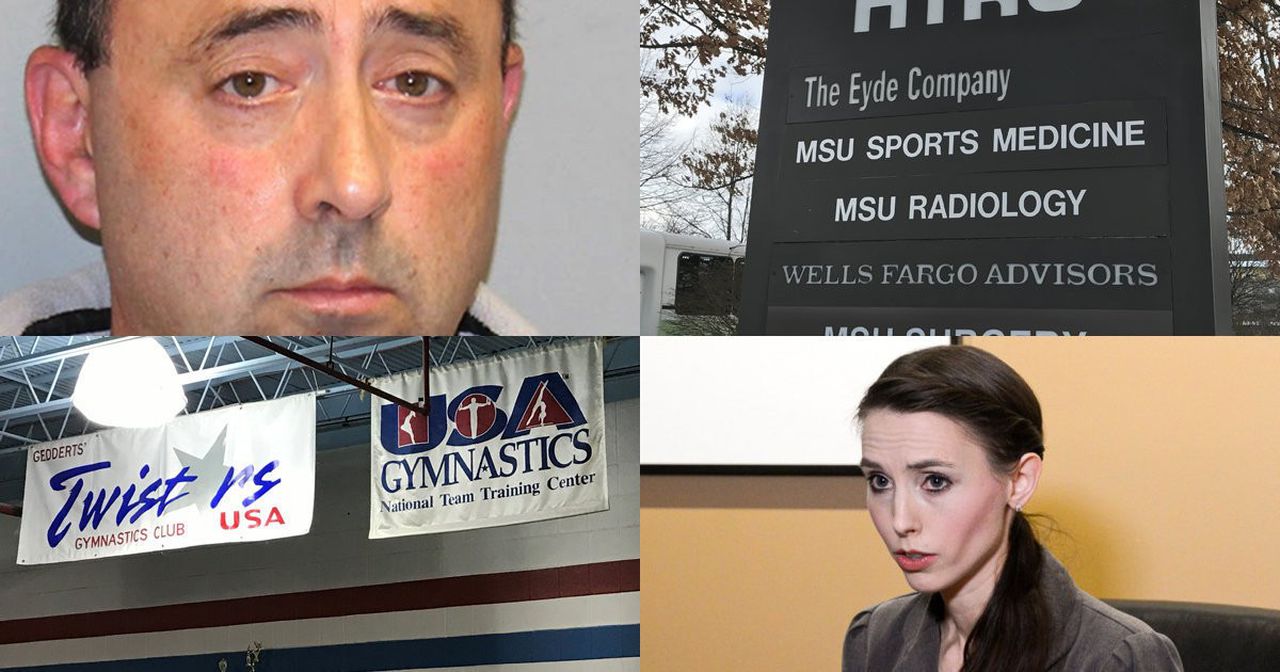 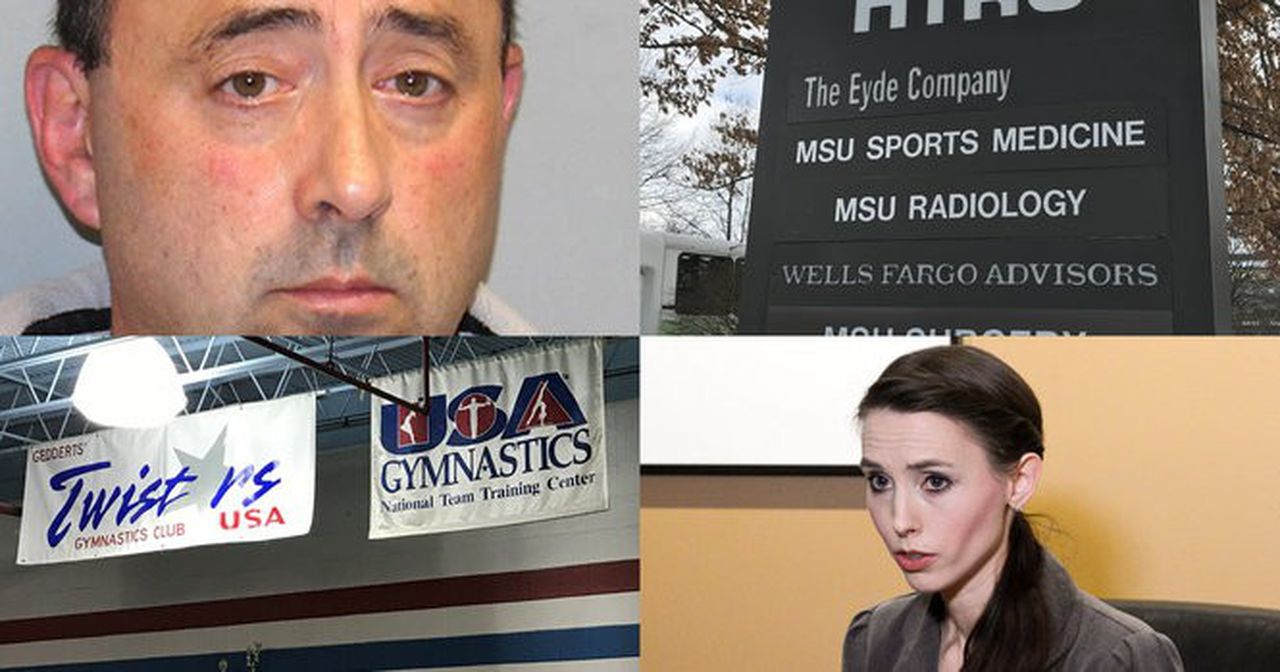 In a controversy with parallels to the Jerry Sandusky sex-abuse scandal involving Penn State, Dr. Larry Nassar is a former Michigan State University faculty member accused of abusing young women for most of his career. In addition to working at MSU, Nassar was a high-profile sports-medicine doctor who went to four Olympic games as team physician for U.S. gymnasts. Click here for an in-depth look at the controversy.

Update: What Larry Nassar’s victims said when they confronted him in court

Read some of the latest: Larry Nassar sex-abuse case: What you need to know

Where the case stands now

Nassar is currently in federal custody on three charges related to child pornography. He also faces three counts of criminal sexual conduct involving a family friend who alleges she was sexually assaulted between 1998 and 2004 when she was under 13 years old.  On Feb. 27 that case was bound over to Ingham County Circuit Court for trial. More than 50 women, most of them patients, have filed criminal complaints against Nassar, and more than 30 have filed civil lawsuits. The above graphic shows the first 26 lawsuits filed against Nassar; click on a bubble for more details of each case. 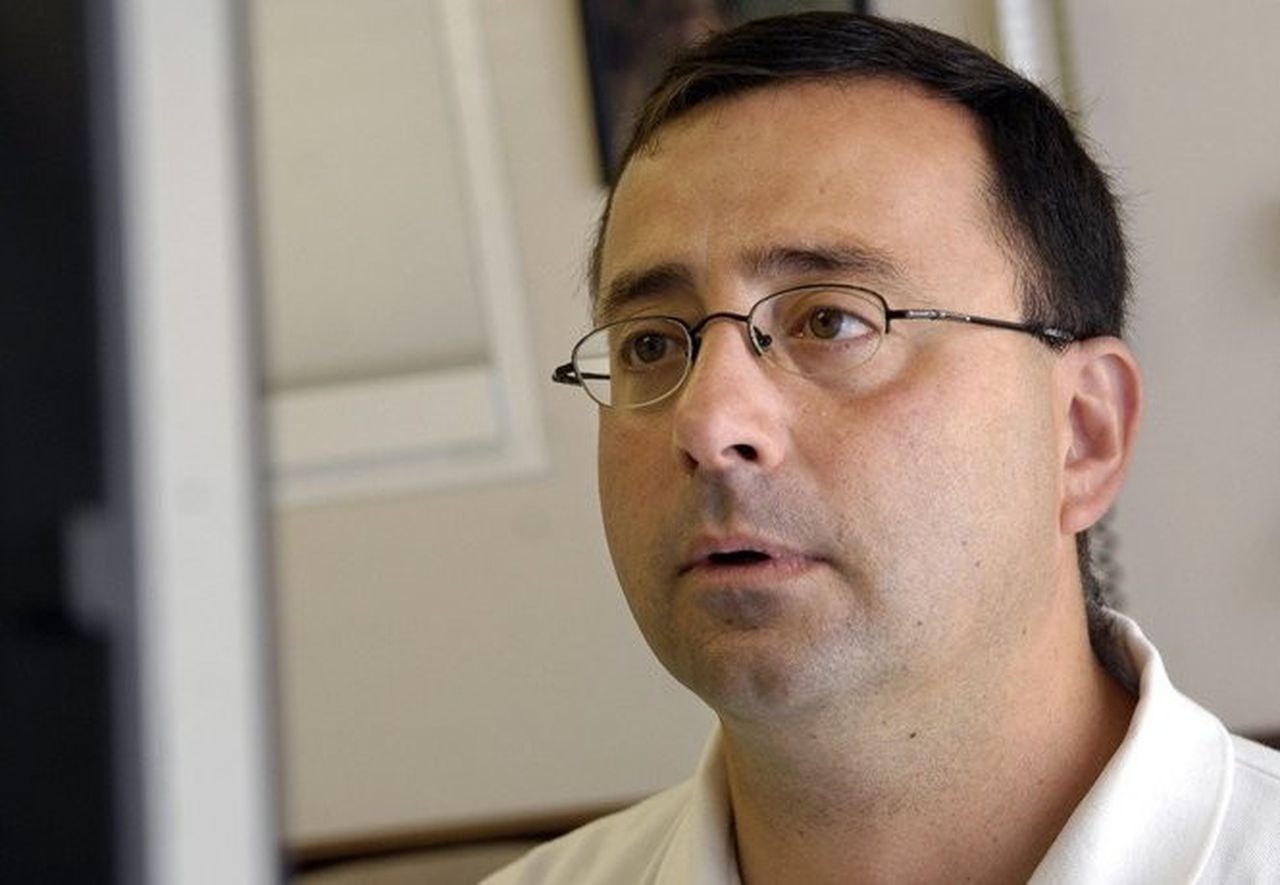 Question 1: What is Nassar’s side of the story?

Nassar has pleaded not guilty in either of the criminal cases and has not been convicted of a crime. Neither he nor his attorney have responded to the lawsuits. His attorney declined to comment on recent news reports.

Question 2: Why did it take 20 years for Nassar to face charges?

According to the lawsuits, complaints about Nassar date back to the late 1990s when at least four patients questioned if his intravaginal procedures were medically appropriate, and there have been additional complaints since. Each time, the women said in lawsuits, they were told they were getting medically recognized treatments. It wasn’t until two former patients went public in a Sept. 12 Indianapolis Star story that Nassar was fired from MSU and faced criminal charges. 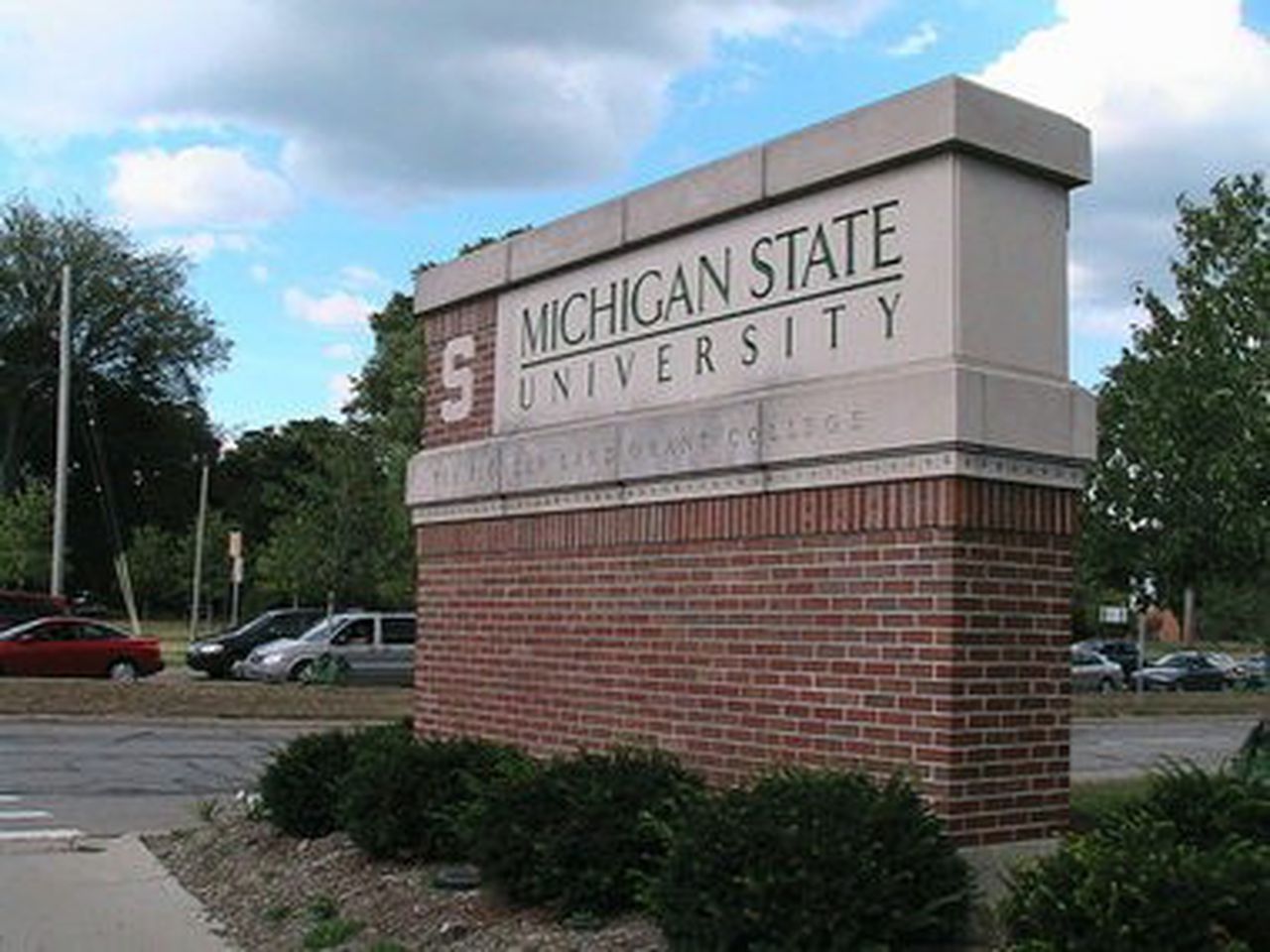 Question 3: What did MSU officials know and when did they know it?

In the late 1990s, a teenage gymnast, a MSU softball player and a MSU long-distance runner claim they complained to MSU coaches and/or athletic trainers about Nassar’s intravaginal treatments, according to lawsuits. In each case, the women claim they were told that Nassar was a renowned doctor and knew what he was doing, the lawsuits say. Three alleged victims say they brought concerns to MSU gymnastics coach Kathie Klages as early as 1997. Klages retired Feb. 14 after being suspended by the university.However, MSU spokesman Jason Cody has said there is no record of MSU receiving any complaint involving Nassar before 2014. 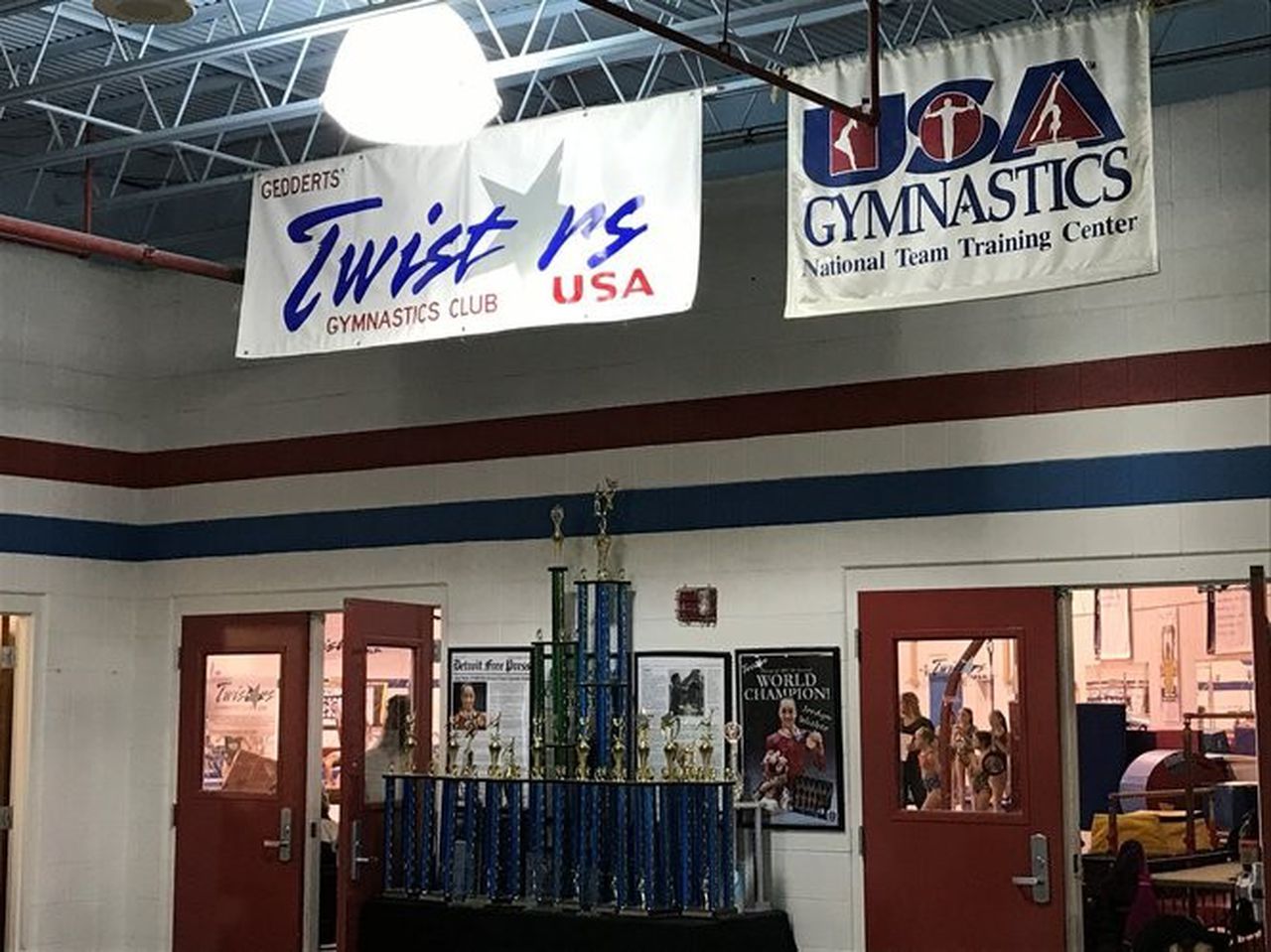 The Dimondale location for Twistars Gymnastics Club. Dr. Larry Nassar volunteered with the organization and was also recommended to gymnasts by Twistars officials for treatments.

Question 4: What did USA Gymnastics officials know and when did they know it?

Working as an athletic trainer, Nassar began volunteering in 1986 with USA Gymnastics, the national parent organization for the sport. In 1996, three years after getting his medical degree, he was named team doctor for the U.S. national team, accompanying gymnasts on numerous road trips. The earliest complaint involving Nassar is from a 2000 Olympic medalist who says she was abused by Nassar between 1994 and 2000. USA Gymnastics cut ties with Nassar in 2015 after hearing of “athletes concerns.” However, at least two people allege they told USA Gymnastics coaches about concerns prior to that — one in 1997 and the other in 2004. 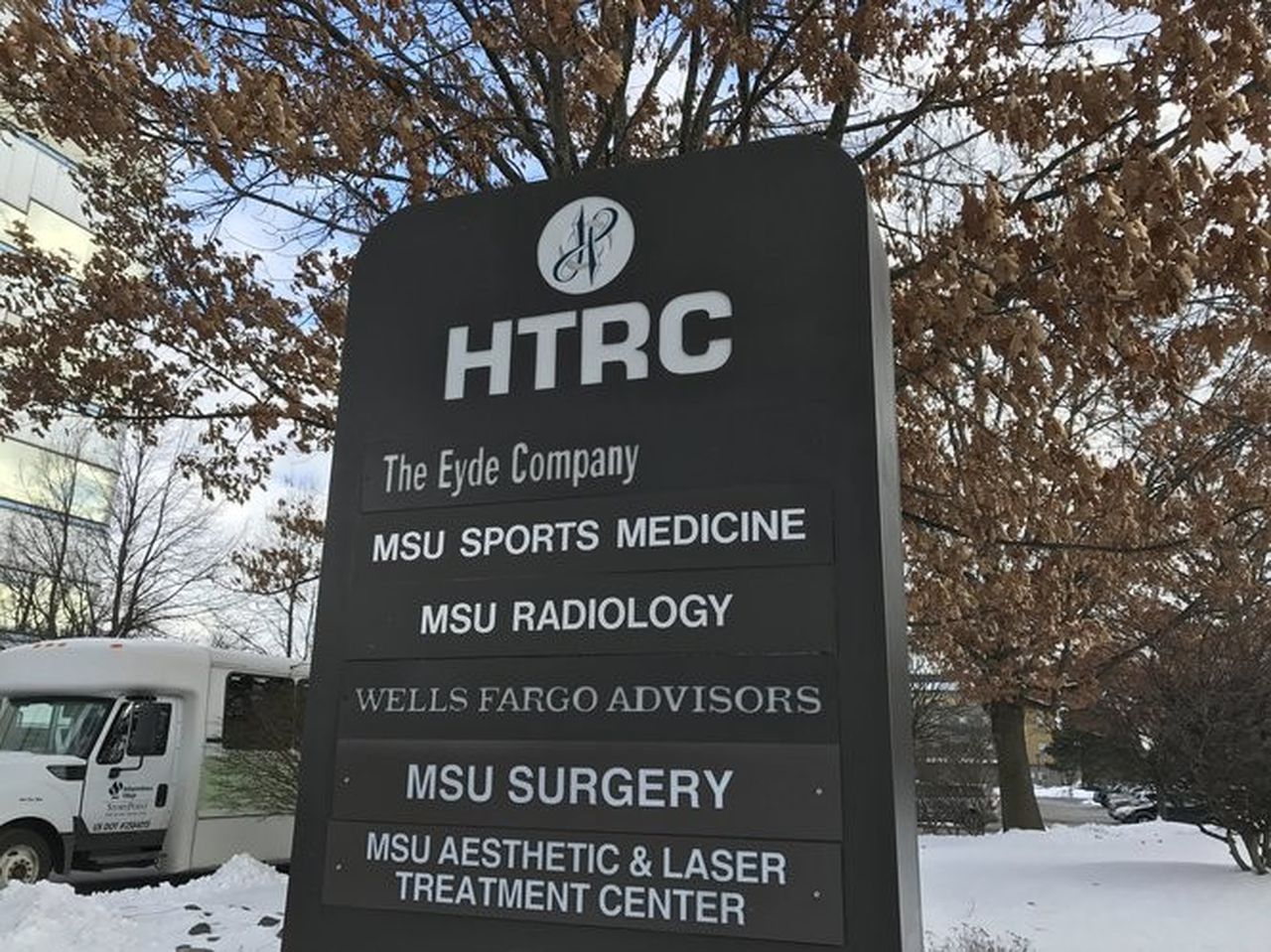 Question 5: Why did Meridian Township police dismiss a 2004 complaint against Nassar?

In 2004, a teenage athlete treated by Nassar at MSU’s sport-medicine clinic filed a complaint with Meridian Township police alleging she was abused during an appointment. The department did not seek charges in the case. Meridian Township police haven’t released details of their investigation, and it’s unclear why they dropped the case and why they apparently did not contact MSU about the allegations. 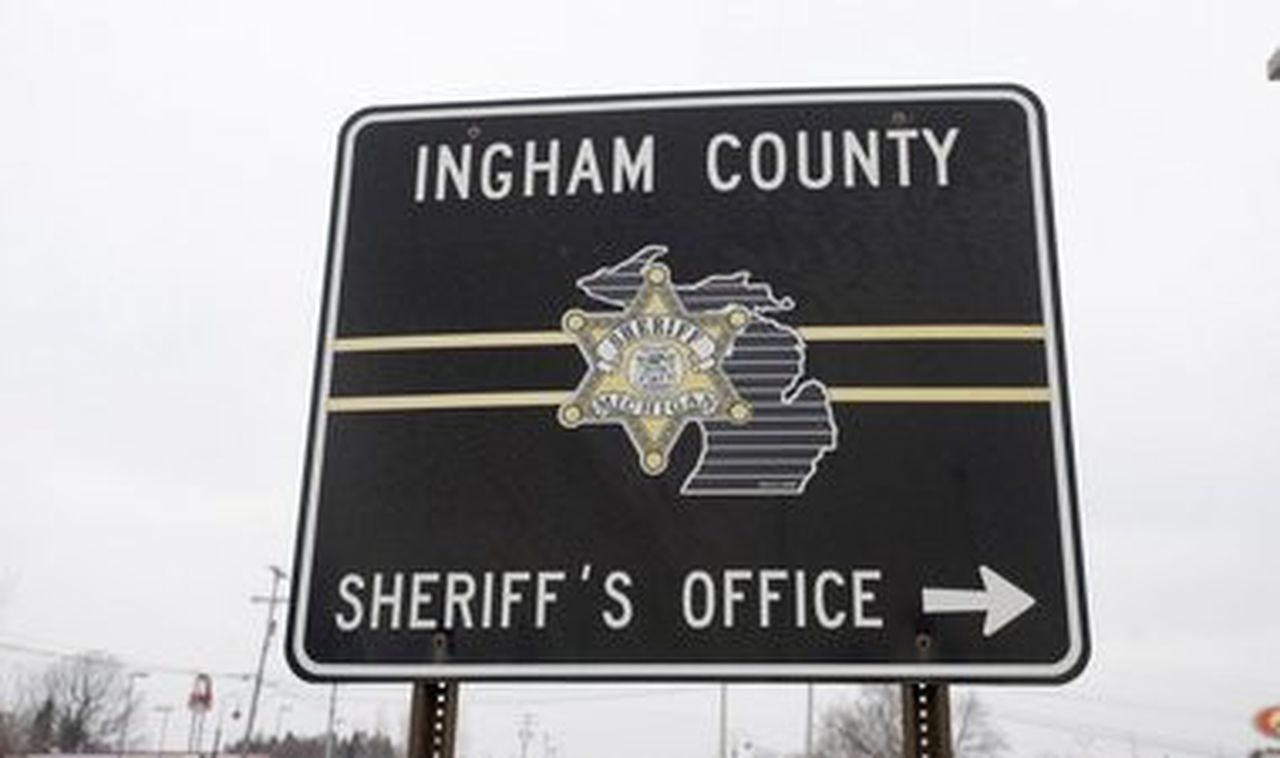 The Ingham County Sheriff’s Office, which is the police agency for Holt, where Nassar lives, says it has never received a criminal complaint involving the former MSU doctor.

Question 6: Why weren’t authorities called in 2004 when a 12-year-old said she was abused?

According to an Ingham County court document, the family friend allegedly assaulted by Nassar told her parents and a counselor in 2004 about the abuse. The court document says the counselor called a meeting between Nassar and the girls’ parents in which Nassar denied the abuse and the girl’s parents forced her to recant. During Nassar’s preliminary examination Feb. 17, that counselor was called to testify, but he claimed he had no knowledge of treating the girl. The court document also says the young women has since told other therapists about the alleged abuse. There is no record of anyone reporting Nassar to the authorities related to this incident. 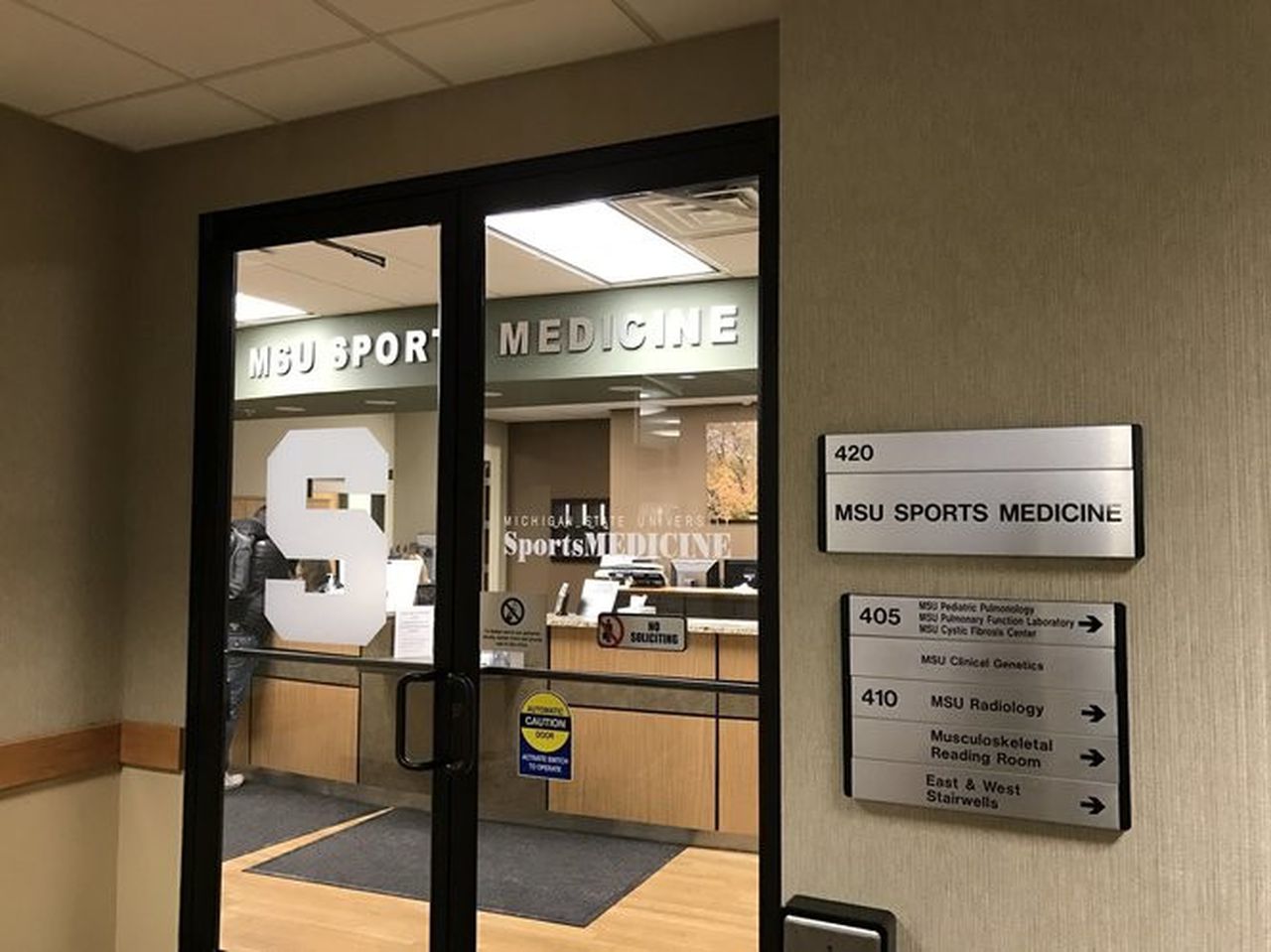 Question 7: What are the details of a 2014 investigation into Nassar?

In 2014, a Nassar patient filed a report with MSU police alleging she was abused during an appointment. Police forwarded the complaint to the Ingham County proesecutor’s office, which declined to prosecute after they recognized the treatment as medically legitimate. Among questions about that case: The young woman has said MSU’s investigative report omitted her observation that Nassar seemed sexually aroused during the treatment and that she had to physically remove his hands from her body. MSU declined to comment on those allegations.

Facebook message posted by Larry Nassar on Aug. 14, 2016, explaining why he was not at the 2016 Olympic games.

Nassar posted on Facebook that he stopped working with USA Gymnastics in 2015 so he could concentrate on his run for Holt school board. However, USA Gymnastics now says they cut ties with Nassar in the summer of 2015 amid “athletes concerns.” Those “concerns” have never been detailed in public, nor is it clear why USA Gymnastics did not notify MSU about those allegations. Nassar continued to treat patients for another year. 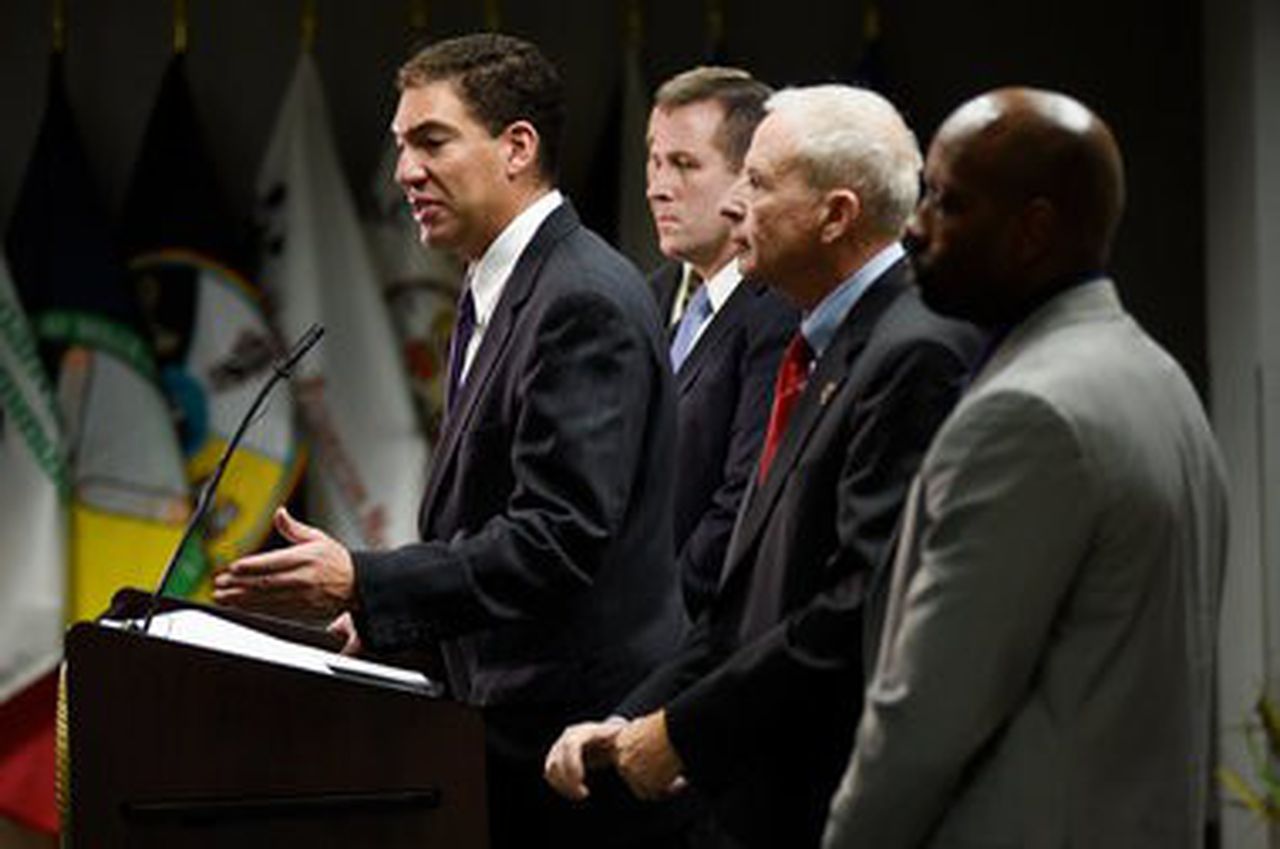 Question 9: When was the FBI told of allegations involving Nassar?

USA Gymnastics says it notified the FBI “immediately” after hearing of athletes concerns in 2015. Nassar’s first attorney, Matthew Borgula, has said Nassar wasn’t questioned by the FBI before September 2016, when the FBI executed a search warrant.  USA Gymnastics has declined comment on exactly when the FBI was told, and the FBI and U.S. Department of Justice also declined comment, citing the ongoing investigation. 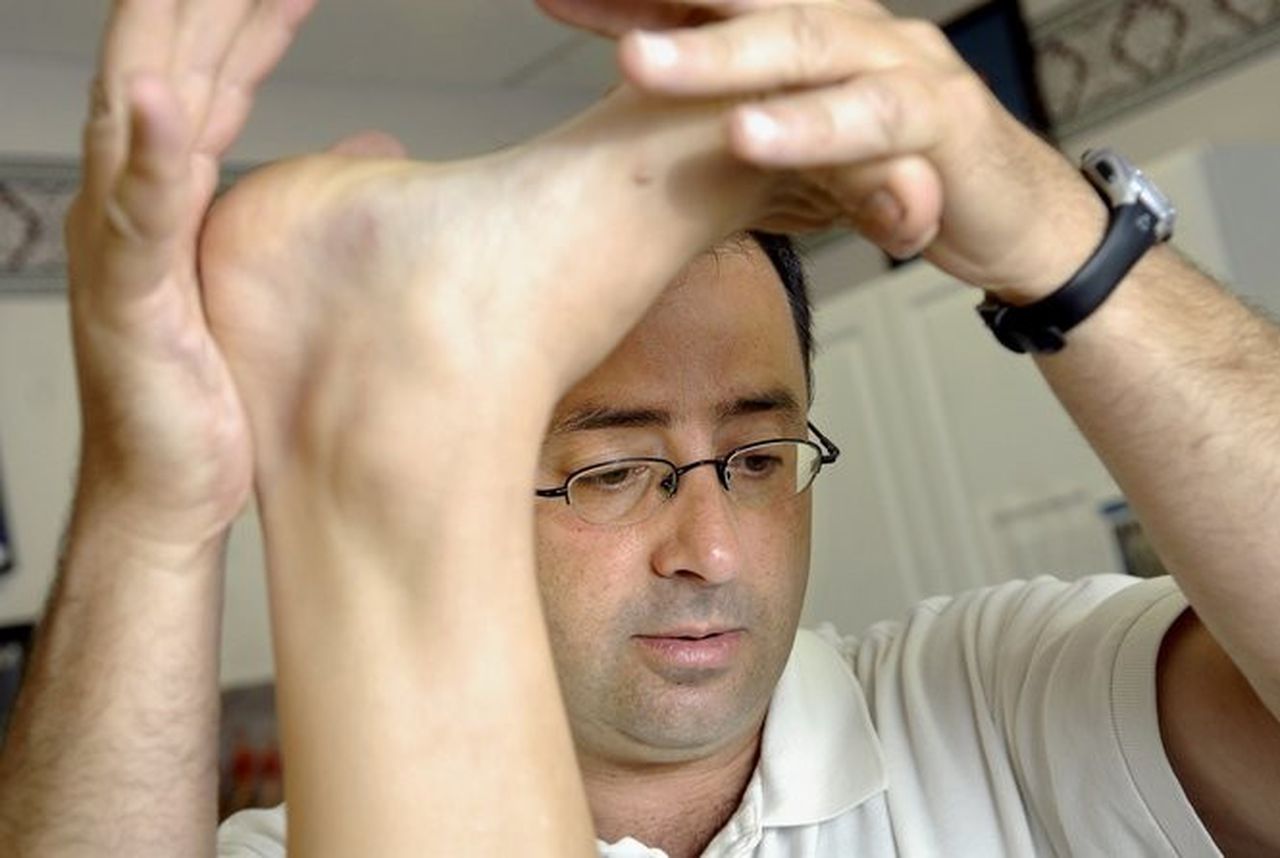 Dr. Larry Nassar works with a patient in this 2008 file photo.

When the Indianapolis Star first contacted Nassar about allegations of abuse, his attorney at the time denied Nassar ever used procedures that involved penetration. The Star says that interview was taped and Nassar was present when Borgula made the statement. After the Star’s story came out, there was a flurry of criminal complaints from former patients. Nassar’s current attorney said Nassar used treatments that were medically appropriate. 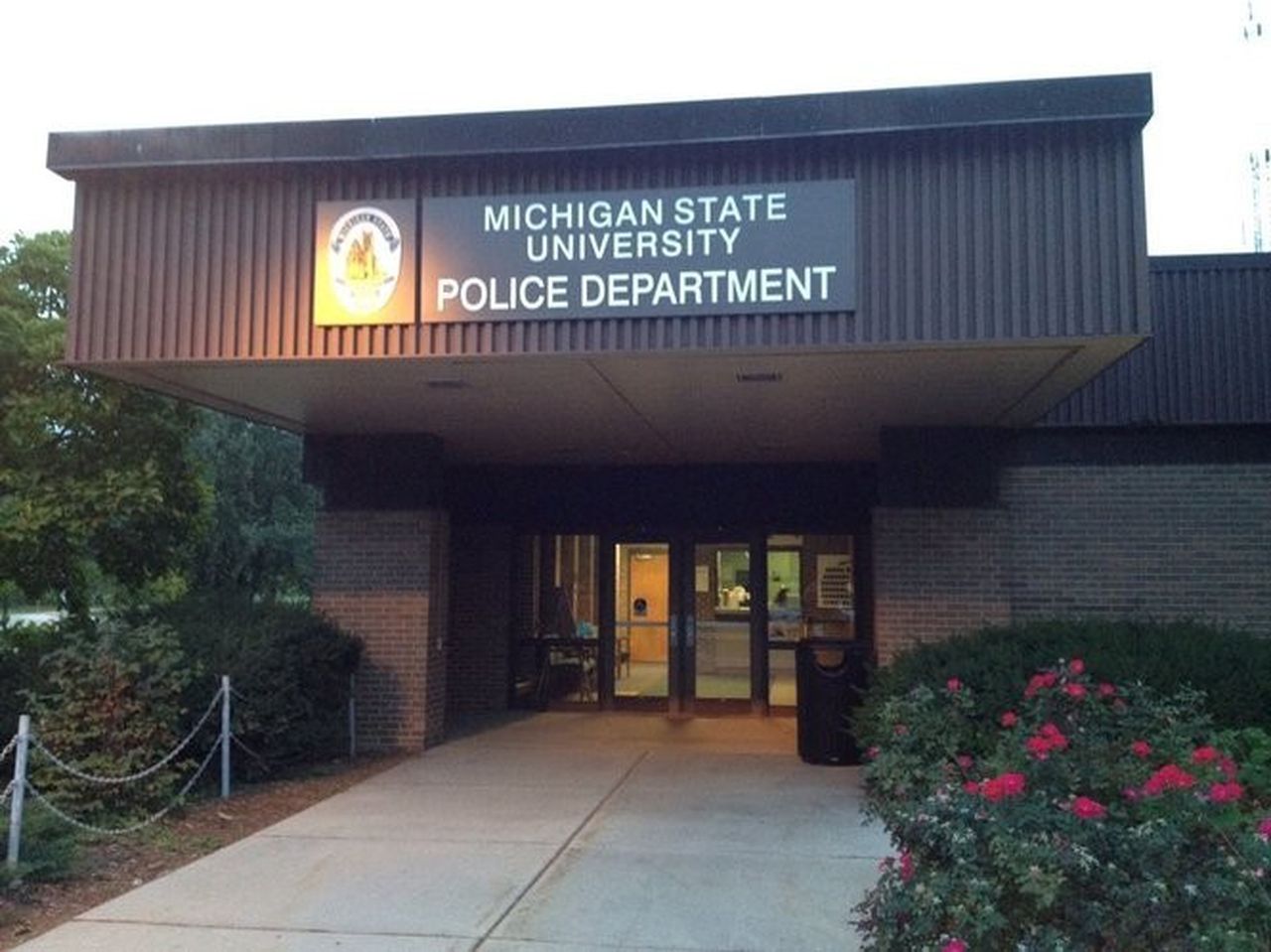 Question 11: What’s the status of the MSU investigation?

MSU police say they have received more than 50 criminal complaints since August about Nassar, but only one has resulted in criminal charges: The case involving a family friend who was allegedly assaulted in Nassar’s home in Holt. There have been no criminal charges involving Nassar’s patients or his work as an MSU sports-medicine doctor, which form the bulk of the allegations against Nassar.

MSU President Lou Anna Simon said Feb. 17 that the allegations are not indicative of a culture problem. The university has hired law firms of Skadden Arps and Miller Canfield to represent the university and conduct a factual review to address the allegations. 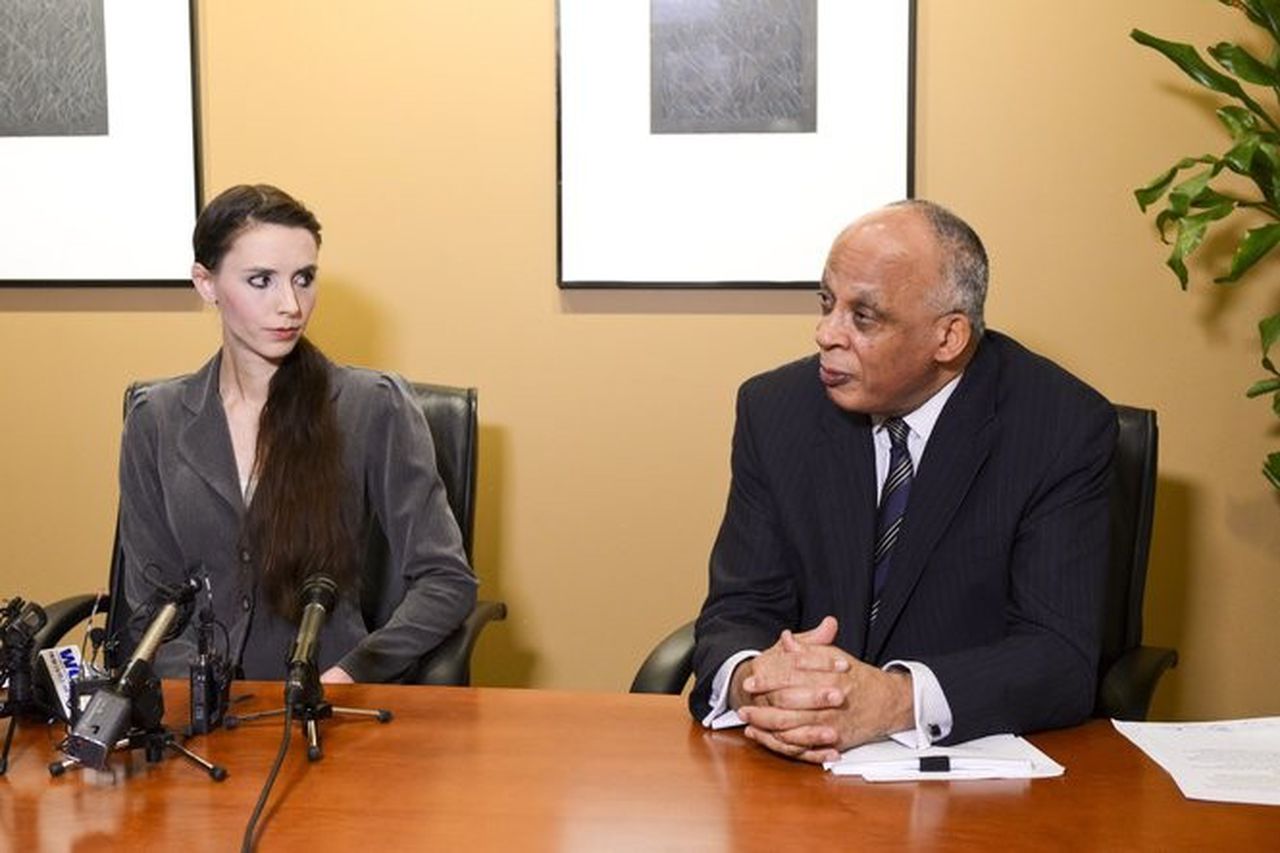 Question 12: Does MSU face a conflict of interest as lead investigator and co-defendant in the Nassar case?

Attorneys filing lawsuits in the Nassar case say MSU faces an inherent conflict of interest: Attorney General Bill Schuette has designated MSU police as the lead investigative agency in the Nassar case, but the university also has been named as a co-defendant in lawsuits alleging MSU ignored numerous red flags. Asked whether MSU has a conflict of interest, Schuette’s office provided this statement: “This case is very serious and we are working toward providing long overdue justice for this victim and will help take someone who appears to be a predator off the streets permanently.”